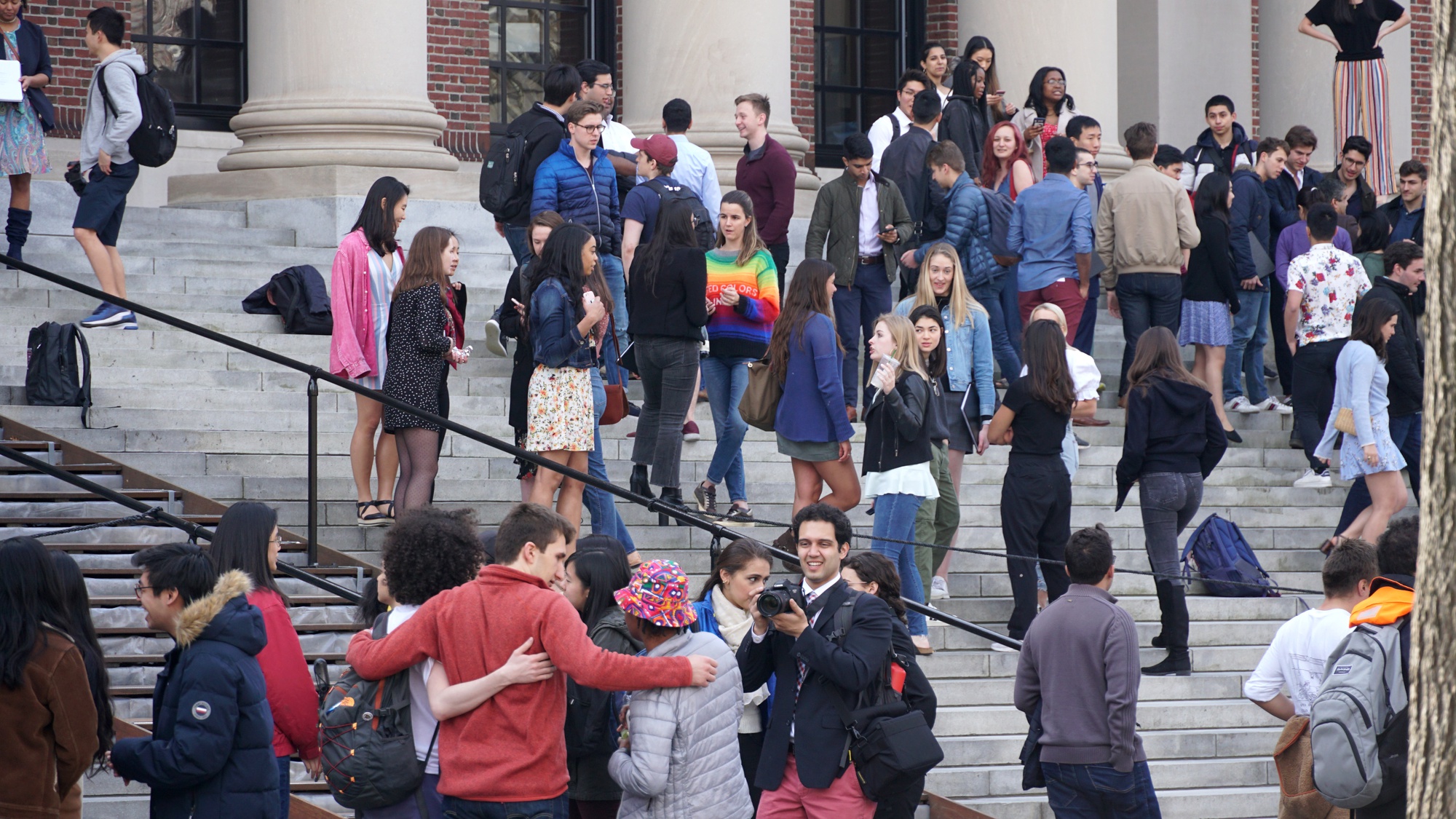 The Photos That Captured 2020

By The Crimson Photo Staff
By Zadoc I. N. Gee 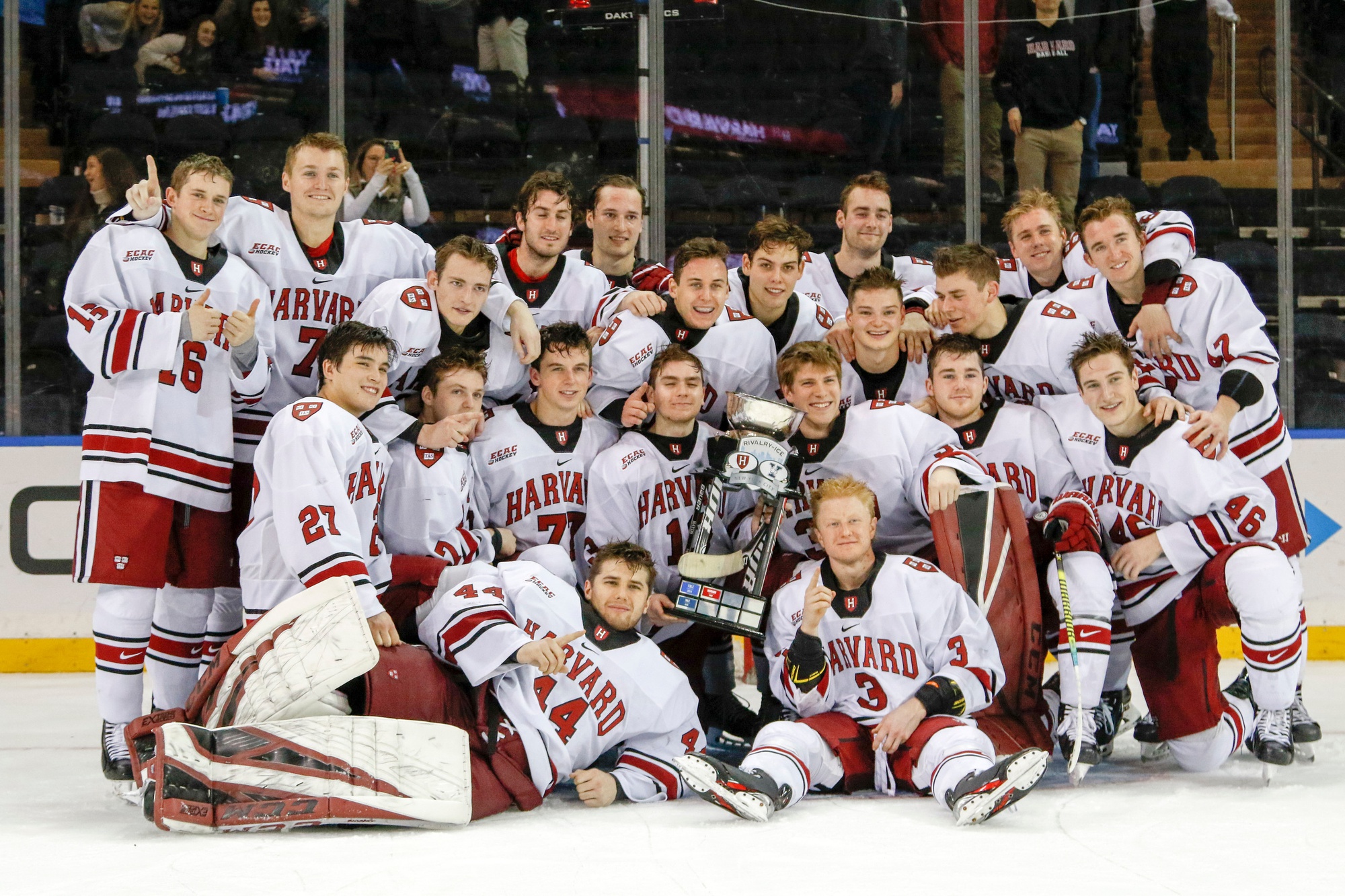 Our recap of 2020 begins with Harvard Men’s Hockey in a dominant 7-0 shutout against perennial rival Yale at Madison Square Garden in New York City on January 11. 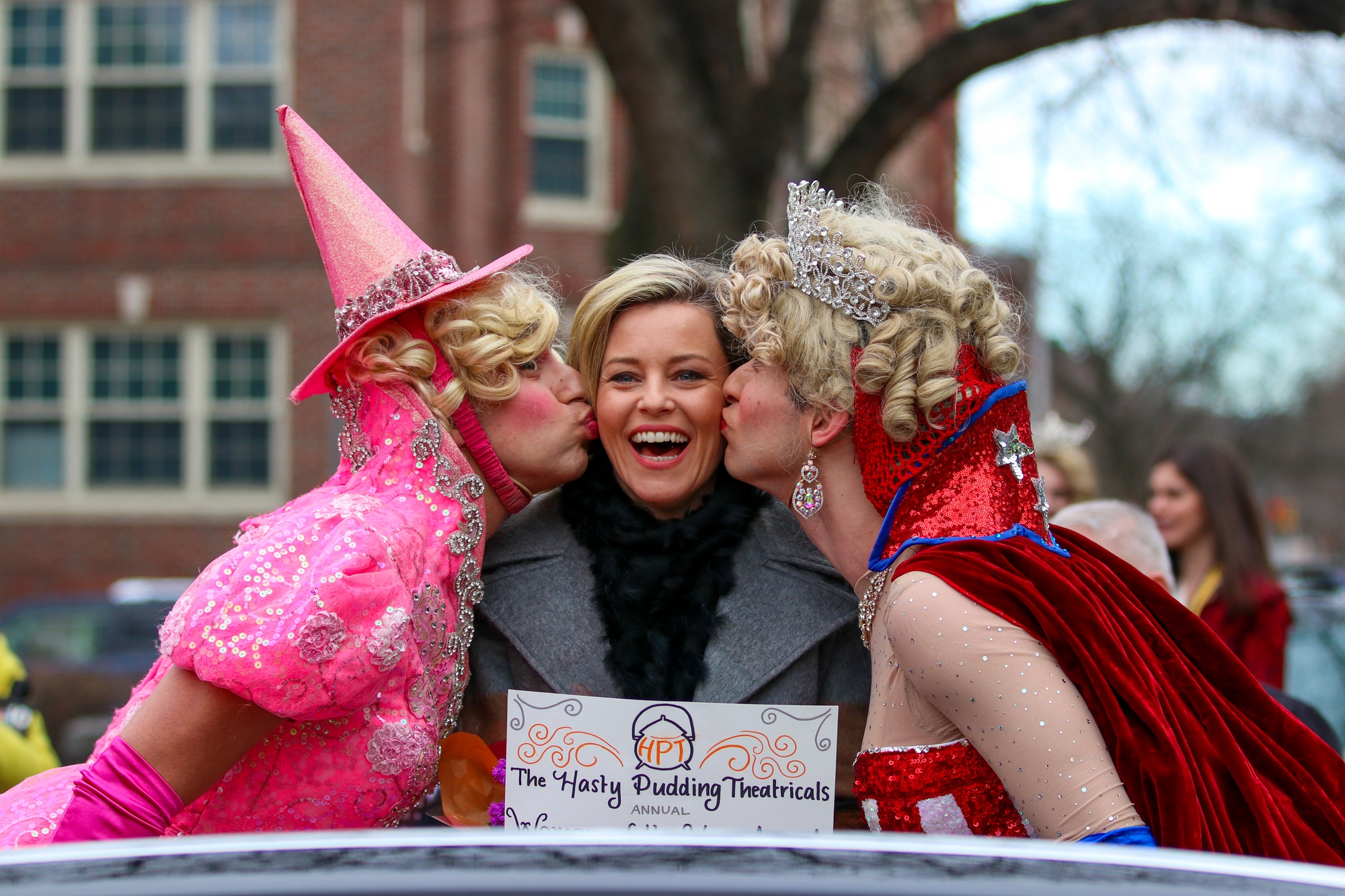 In late January, The Hasty Pudding Theatricals hosted their Woman and Man of the Year Ceremonies which honored Elizabeth Banks and Ben Platt. Following tradition, Elizabeth Banks rolled down Massachusetts Avenue in a Rolls Royce during the Woman of the Year parade, which was followed by a roast and press conference inside Farkas Hall. 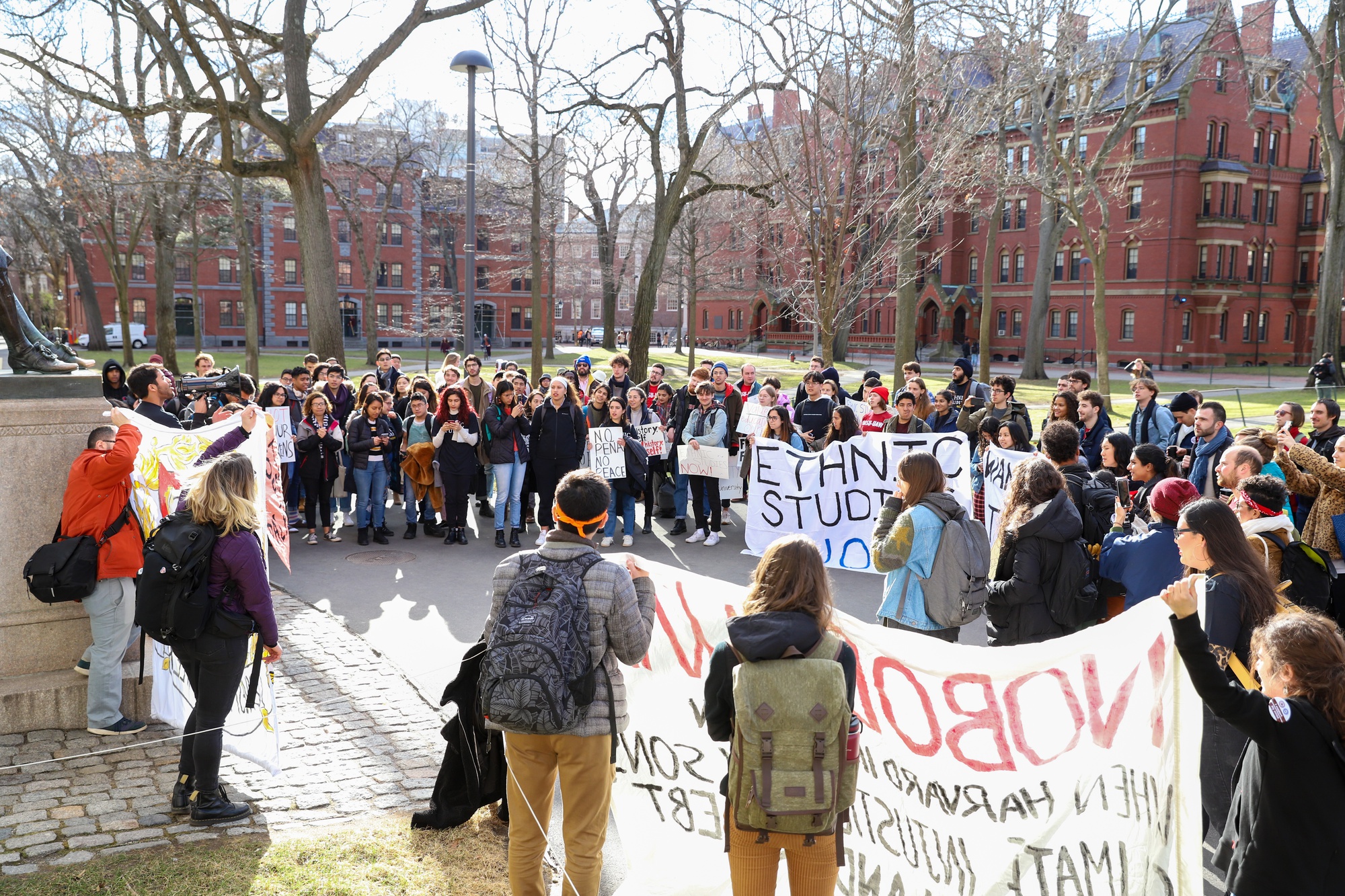 On the first day of classes in the spring semester, nine graduate and undergraduate student activist organizations gathered in the Science Center lobby to hold a “Reorientation Rally.” The groups said the rally’s various participants shared a common interest in fighting for social justice on campus. Their statement concluded, “Today is only the beginning. So, we are calling on every Harvard student, worker, and faculty member to join us in this fight. We cannot win without you.” 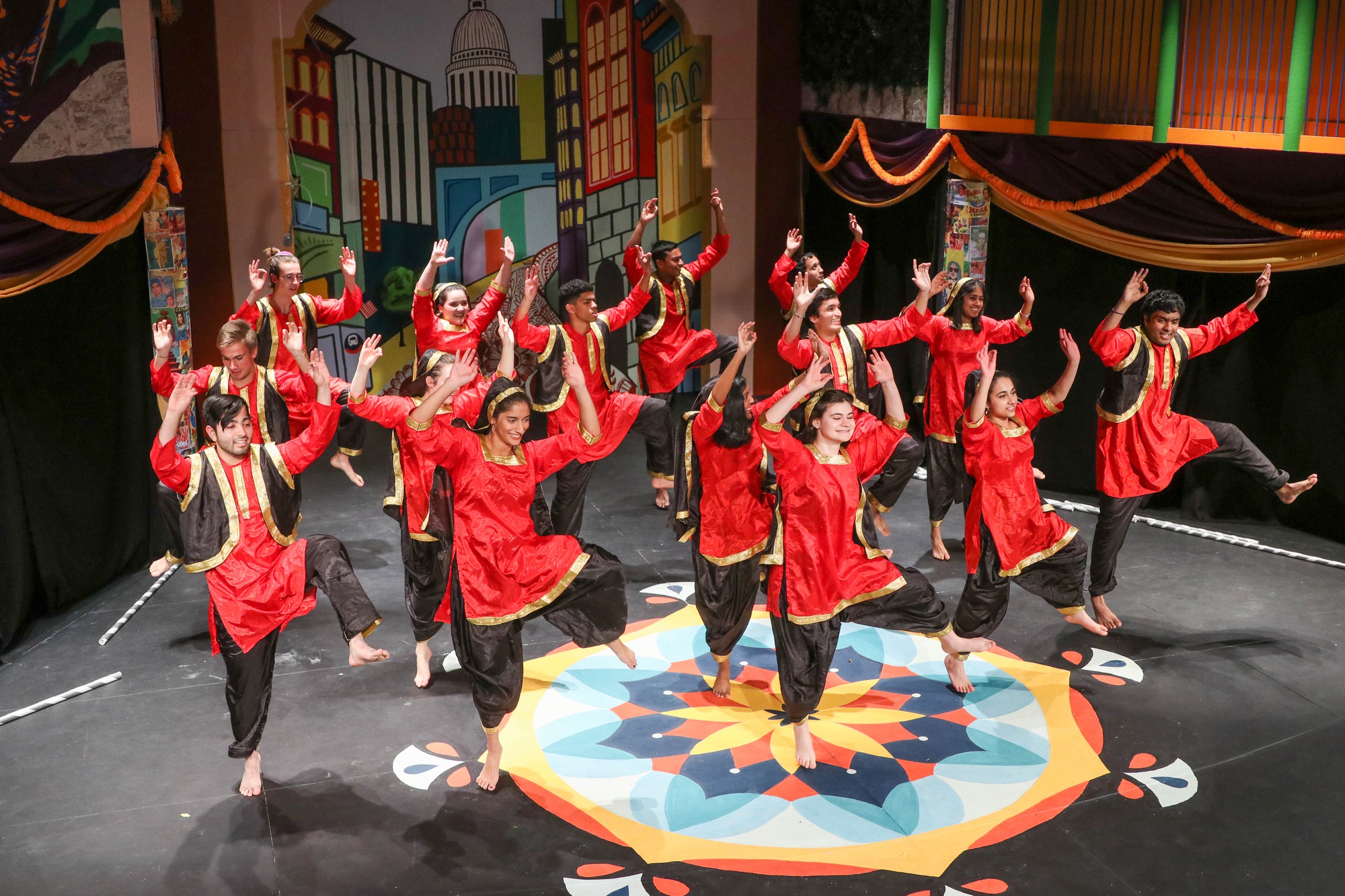 During the last week of February, Harvard South Asian Association celebrated its annual production of Ghungroo — the largest cultural show on campus — which celebrates South Asian culture. This year’s performance utilized the setting and dynamics of the American city to celebrate the range of “linguistic, ideological, cultural, and religious diversity in South Asian America in the 21st century.” 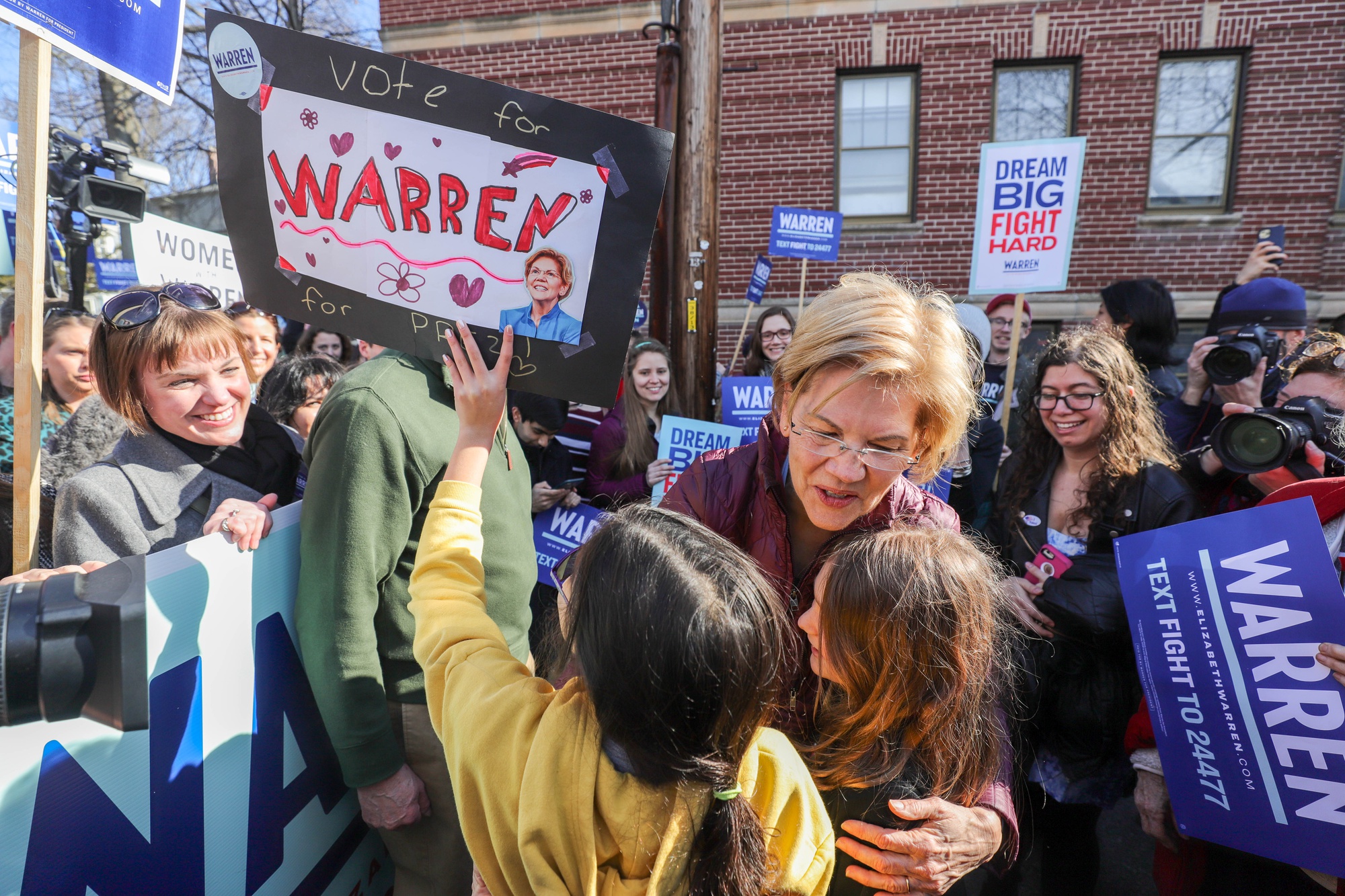 Across the nation, Super Tuesday was a defining day in the Democratic presidential primary. In Cambridge, crowds gathered to watch Sen. Elizabeth Warren (D-Mass.) cast her vote near the Radcliffe Quadrangle. Students attended events at the Institute of Politics to hear from Resident Fellows and watch live updates of results. In a surprise, around 11 p.m., the Associated Press named former Vice President Joe Biden the winner of the Massachusetts primary. 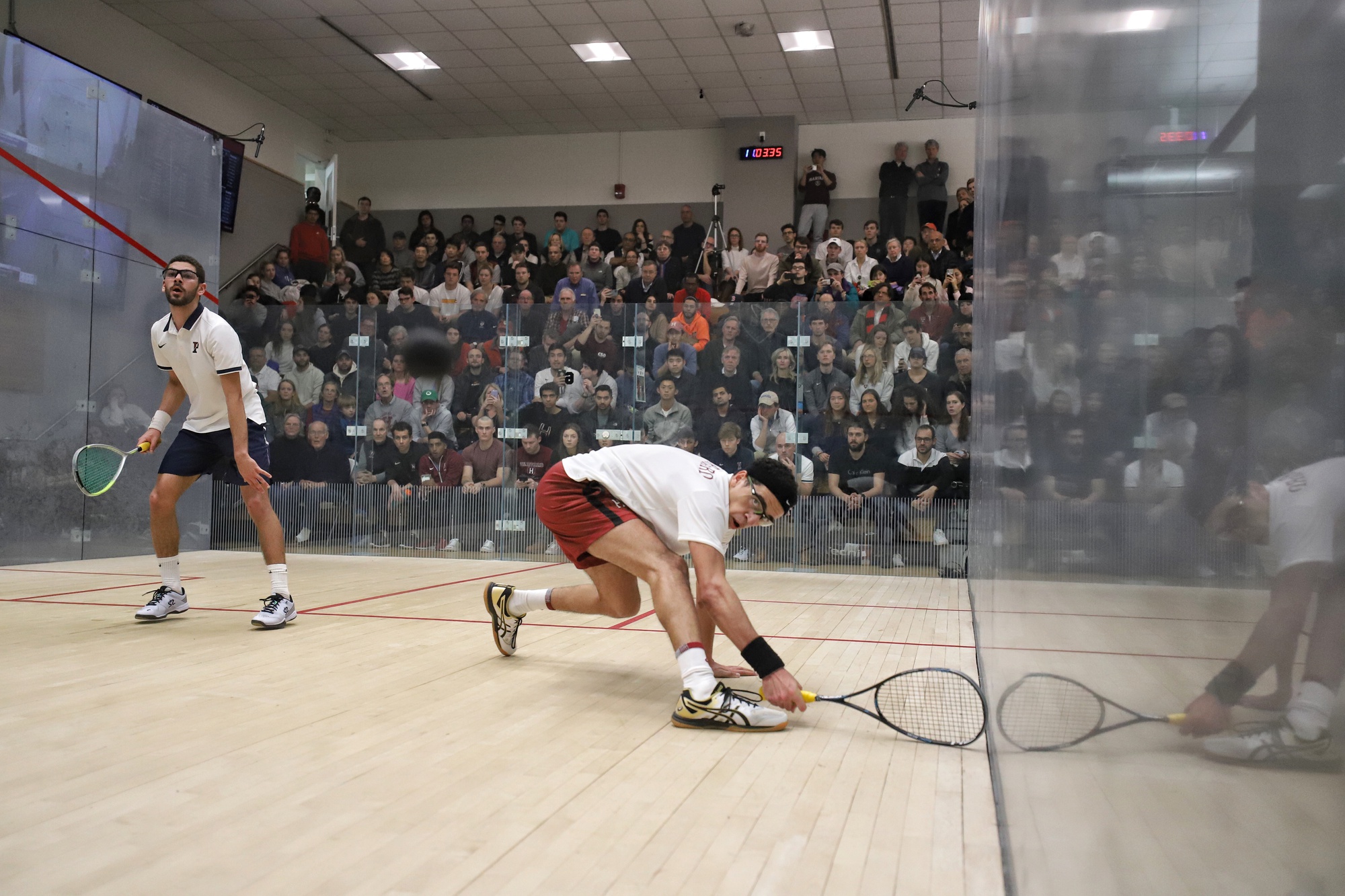 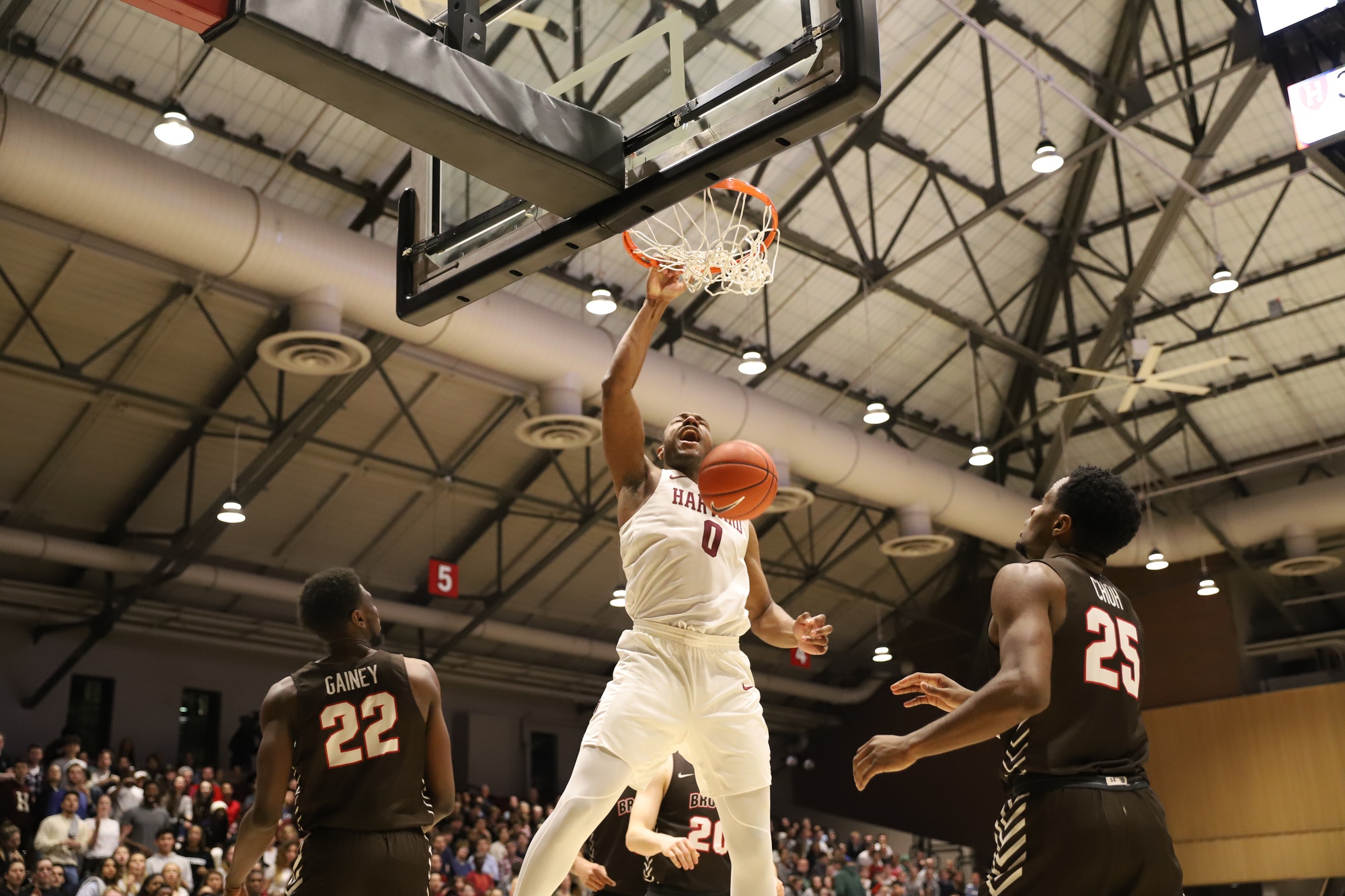 Amid the spread of Covid-19 in March, the Ivy League became the first Division I conference to cancel the remainder of its winter sports seasons. Harvard had been slated to host the 2020 Ivy League men’s basketball tournament at Lavietes Pavilion. 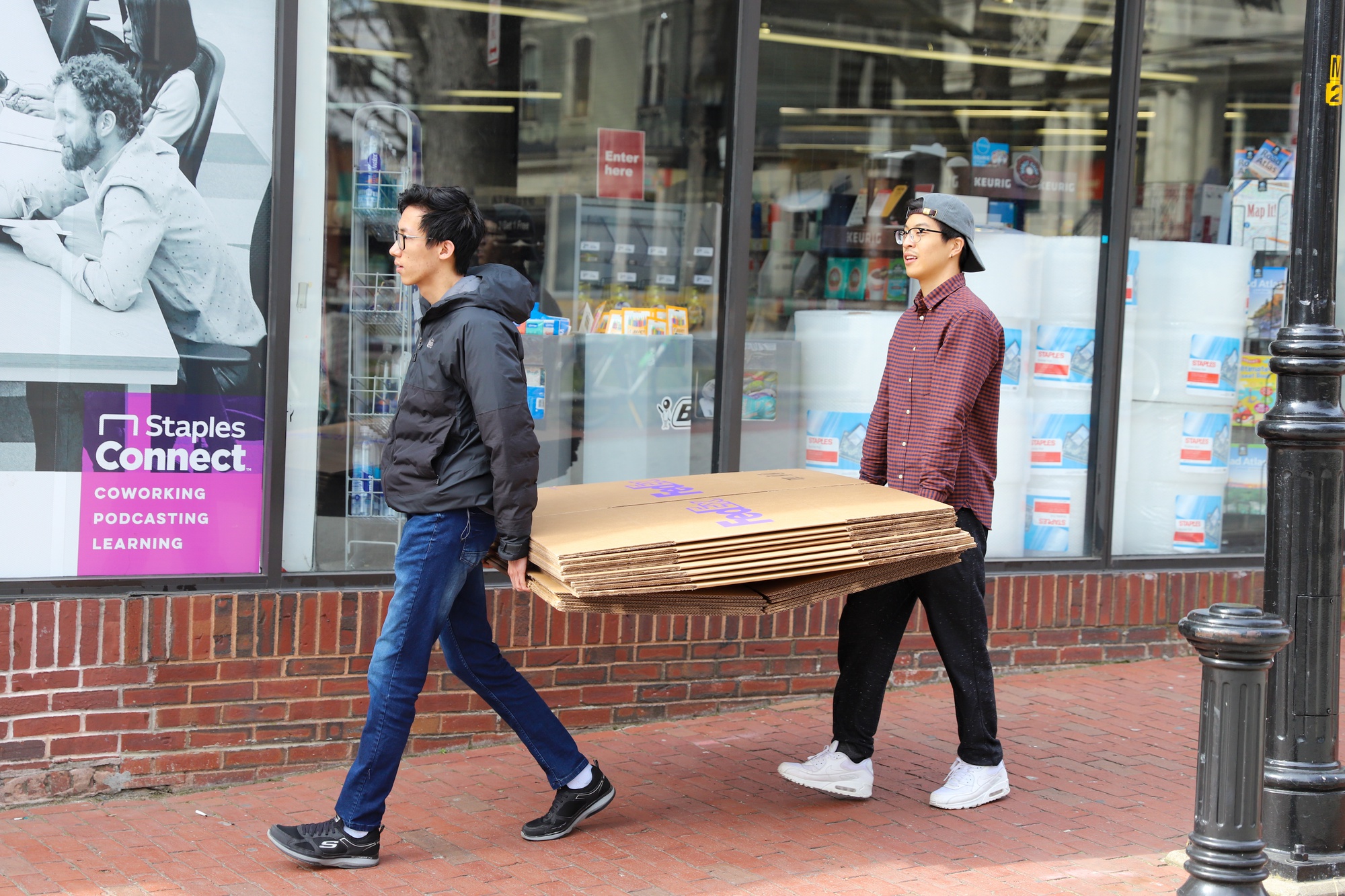 On the morning of Tuesday, March 10, Harvard College informed undergraduates that they must vacate their dorms in five days and shift to online learning due to the pandemic. Amid the craze and confusion, students scrambled to move out of dorms and store their belongings. 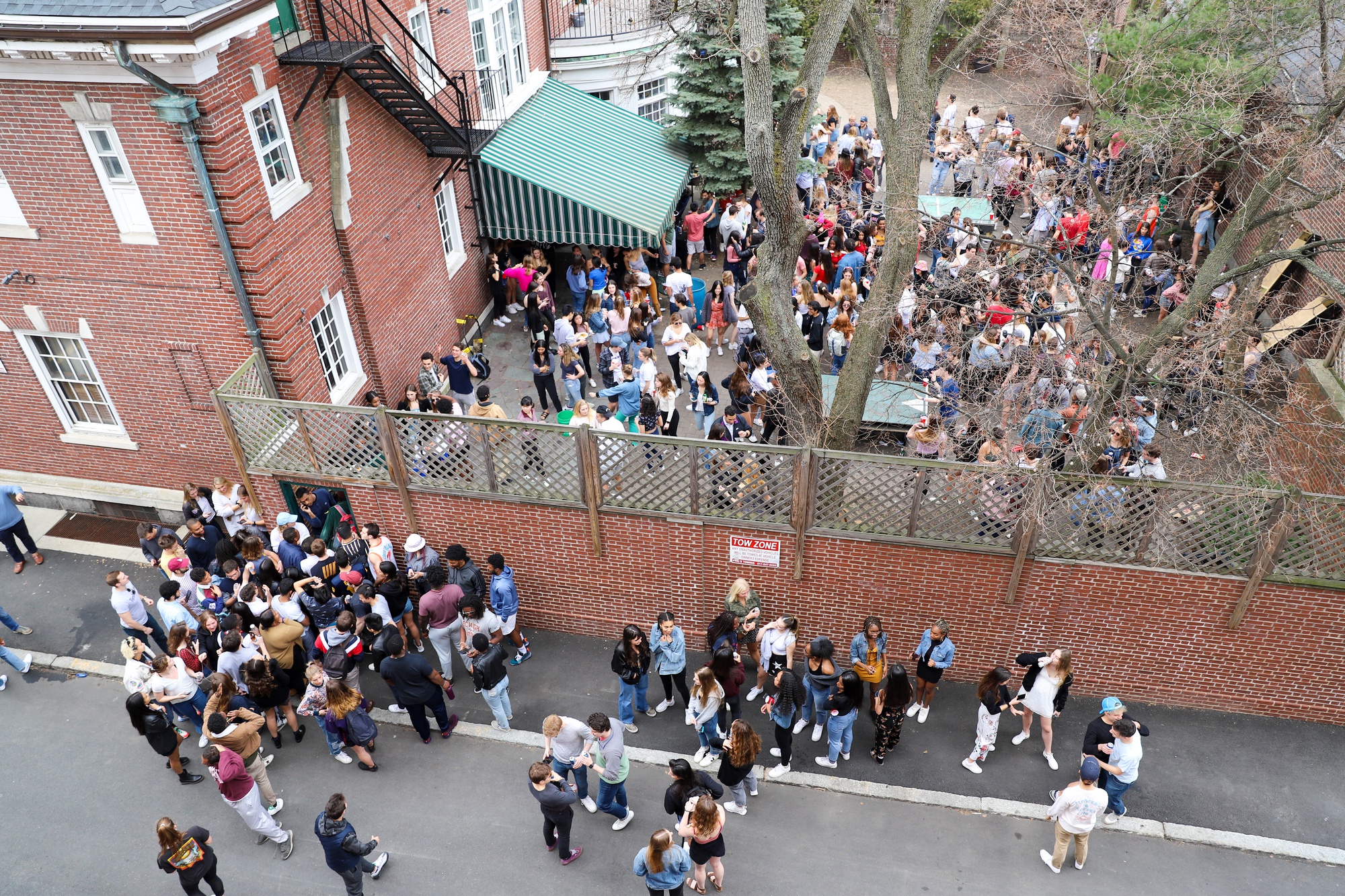 While some students were stuffing dorm decor and bedding into boxes, others were celebrating their last moments together before vacating Harvard’s campus. Specifically, members of the Class of 2020 spent some of their last moments together as undergraduates partying, reminiscing about their college experiences, and participating in traditional commencement season traditions, including the class picture. 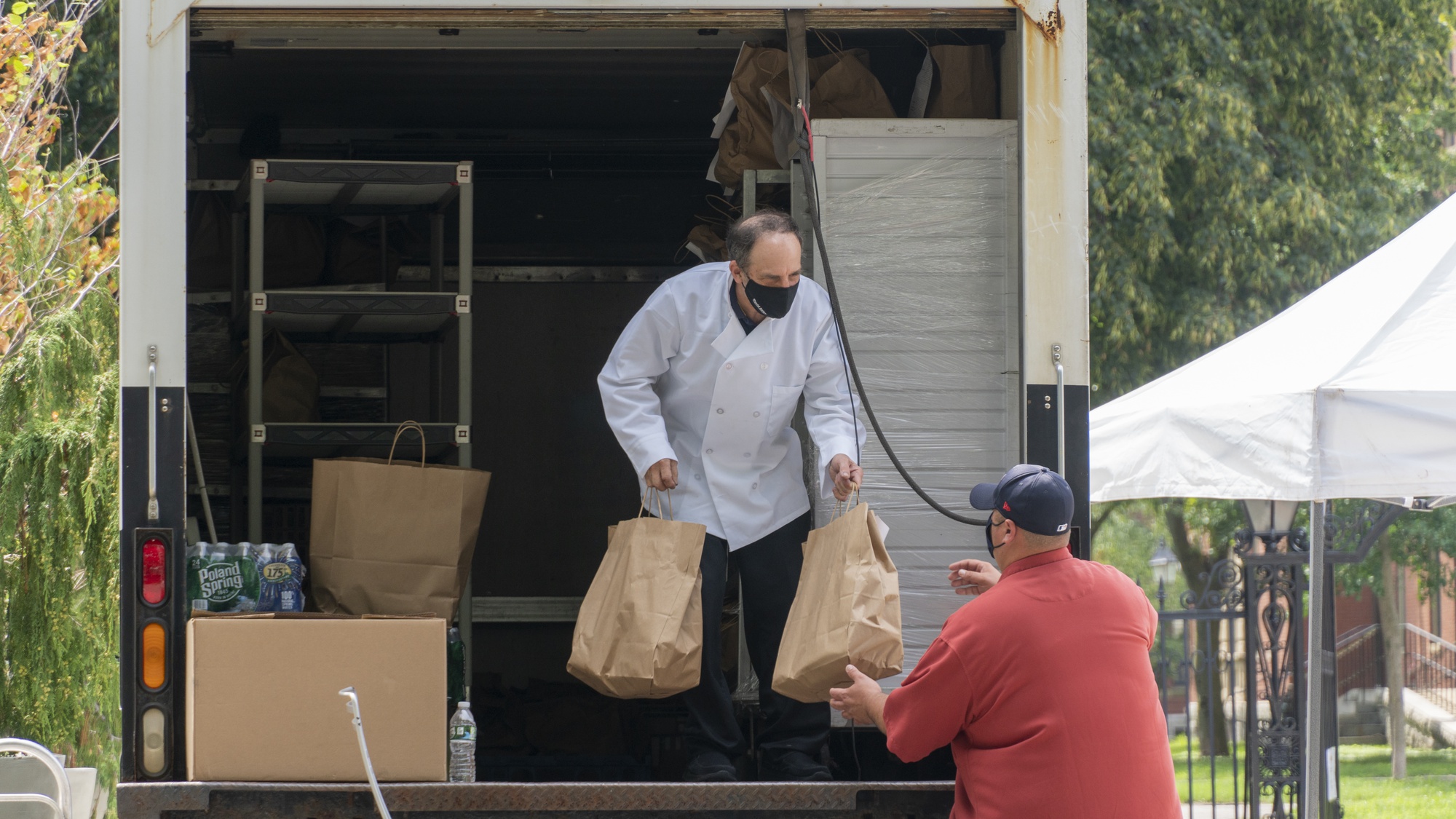 The last days of August normally see Harvard Yard filled with late summer tourists, chaotic crowds of freshmen, and exuberant upperclassmen excited to reunite with friends. This year, first-years and approved upperclassmen moved onto campus over a staggered two-week period to begin online classes for a very non-traditional Harvard semester. 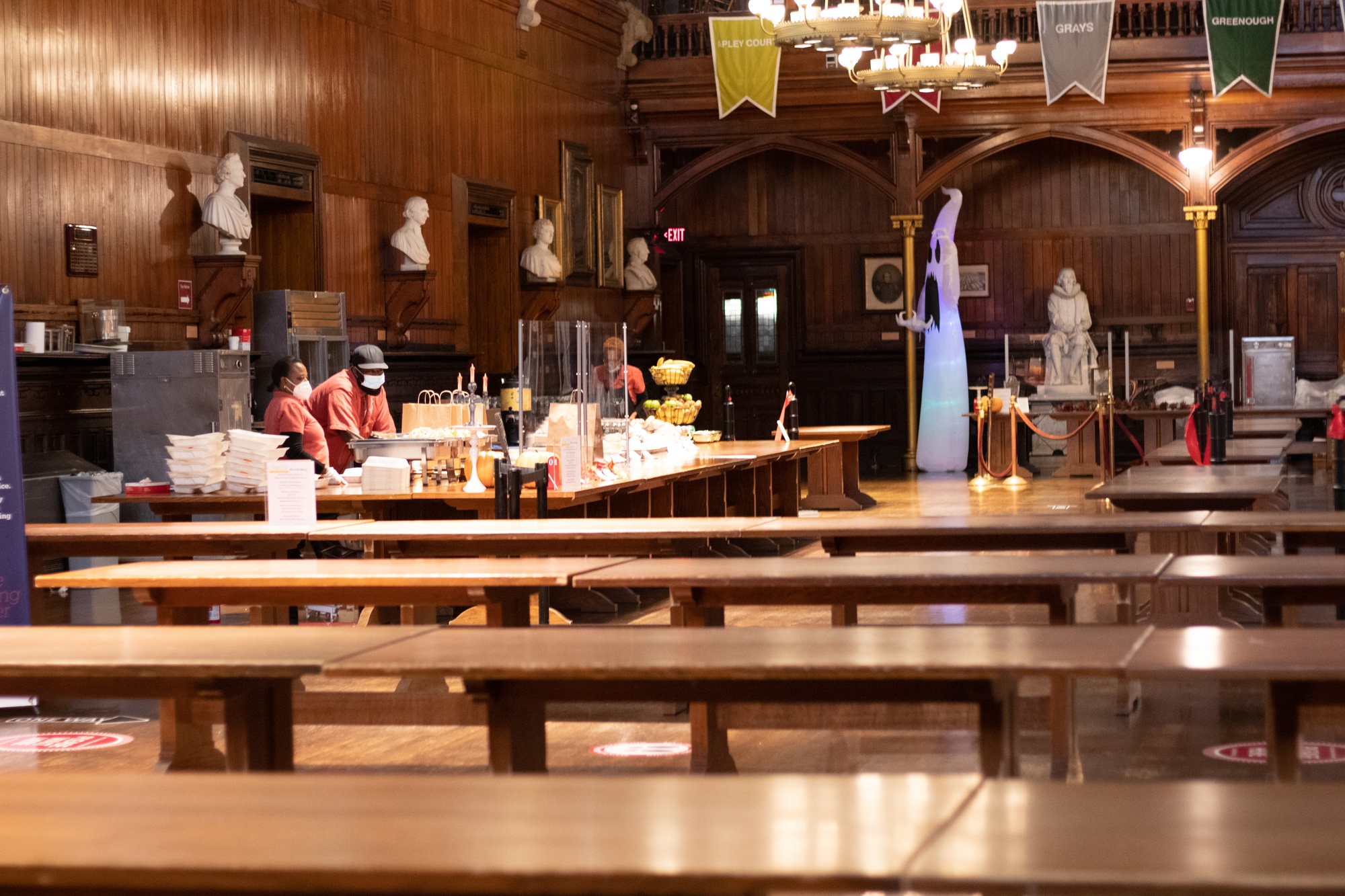 With strict health guidelines and a limited number of students on campus due to the coronavirus pandemic, Harvard drastically adapted many spaces on campus. Usually bustling with students studying, conversing, or exercising, Harvard’s buildings were empty and mostly closed off from normal use to create a safe campus. Annenberg Hall – the first-year dining hall – shifted from indoor dining to a grab-and-go structure to accommodate new dining policies. 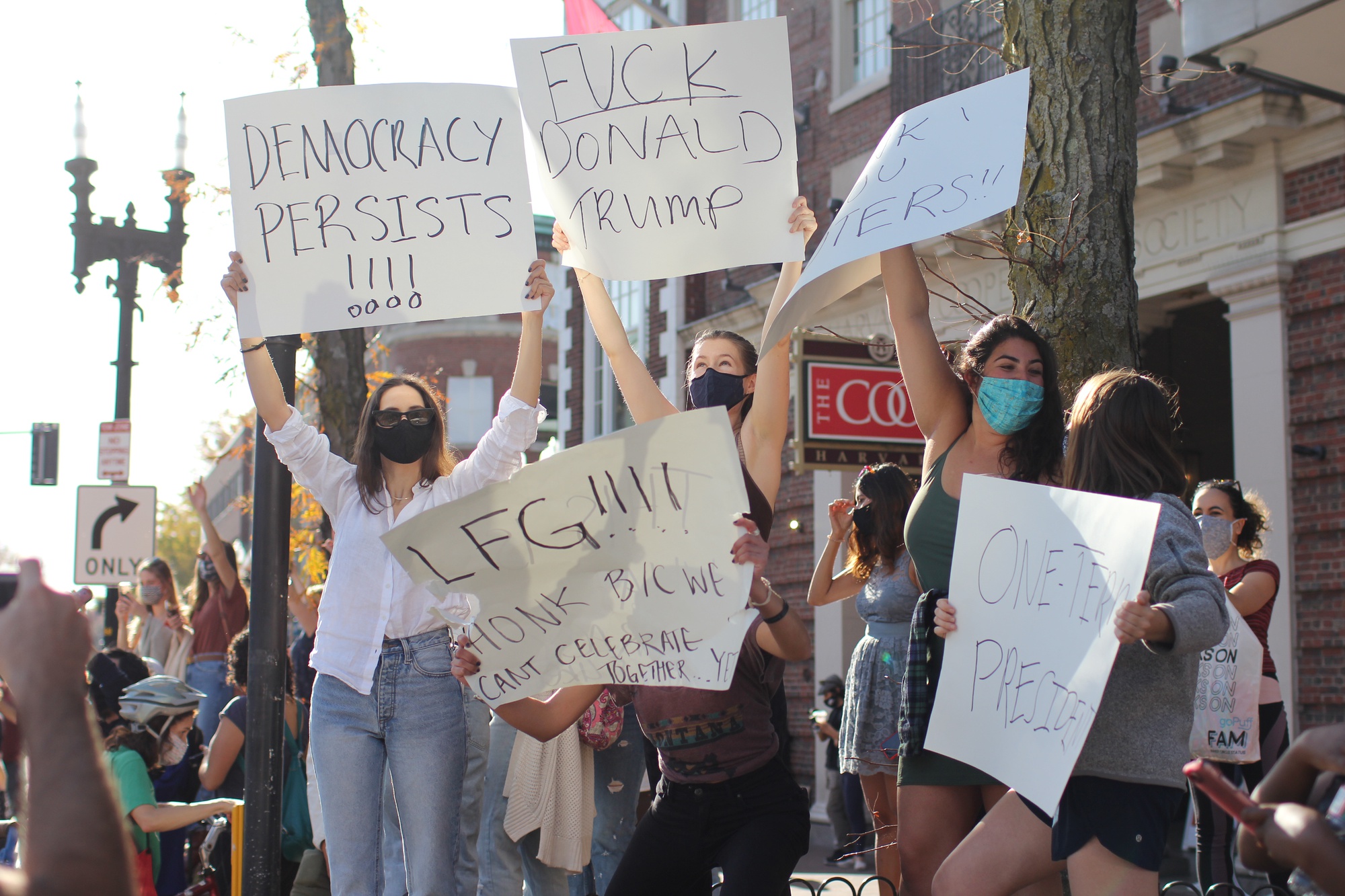 After five days of uncertainty and anticipation following Election Day, Joe Biden was declared the winner of the presidential race on the morning of Saturday, Nov. 7. The outcome marked the end to a unique and divisive campaign that brought anxiety to Harvard students — and Americans — across the U.S. Celebrations broke out around the country, with thousands taking to the streets in major cities, including Harvard Square, to celebrate Biden’s victory — and President Trump’s loss.