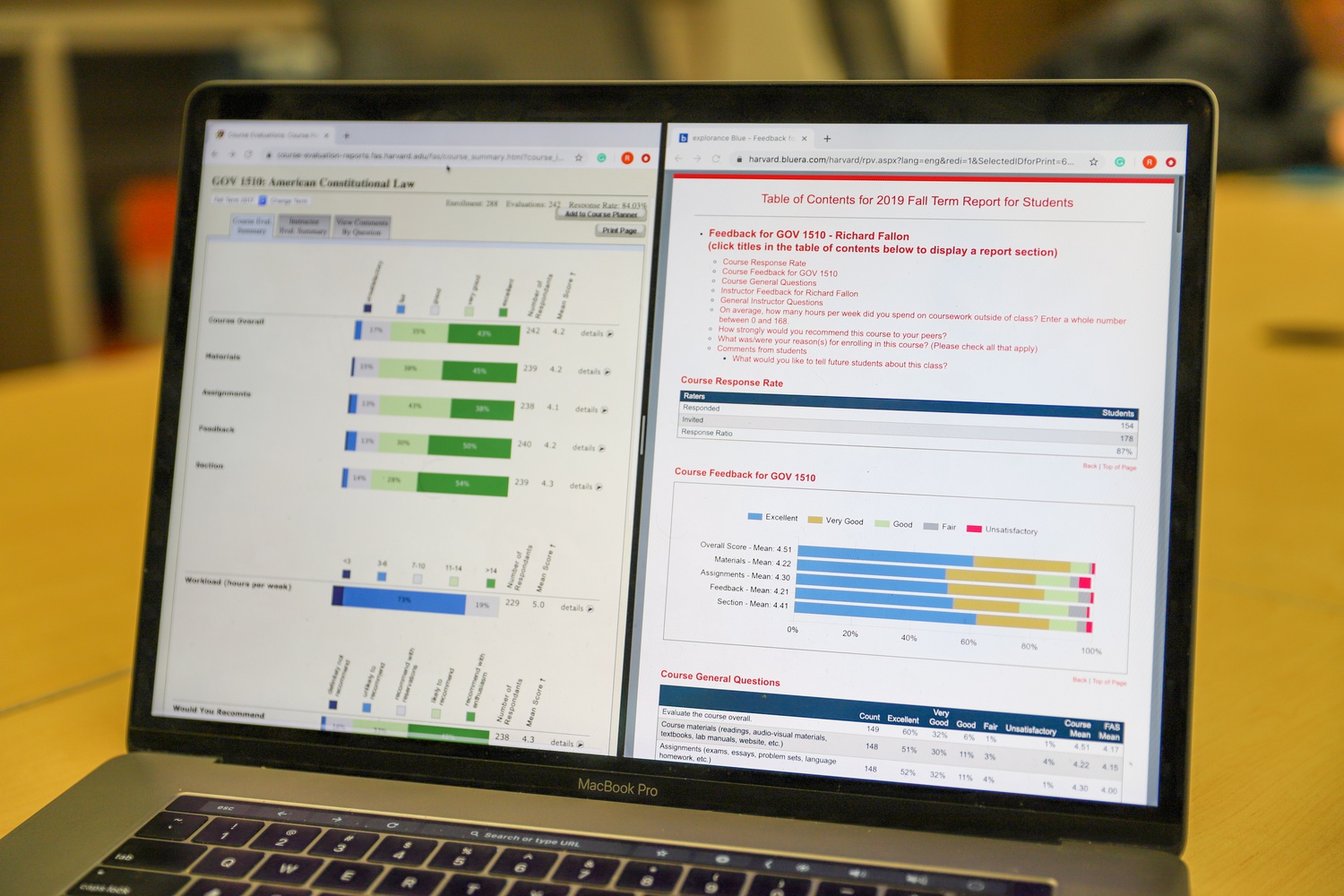 As students begin the semesterly ritual of filling out online course evaluations, some undergraduates expressed frustration that some professors did not give the option to make qualitative comments for future students to read. By Ryan N. Gajarawala
By Juliet E. Isselbacher and Amanda Y. Su, Crimson Staff Writers

As students begin the semesterly ritual of filling out online course evaluations, some undergraduates expressed frustration that some professors did not give the option to make qualitative comments for future students to read.

Harvard’s Office of Undergraduate Education concluded a transition to a new vendor-managed version of the Q Guide — the College’s course evaluation platform — in February, moving away from the “home-grown” system it developed in 2004 and 2005.

In response to the question’s disappearance, undergraduates took to social media to criticize the change, noting that many faculty appear to have elected not to display qualitative feedback. Several argued the rocky nature of online learning makes communicating with future enrollees more — not less — critical.

One student, Jasmine L. Huang ’22, even took it upon herself to consolidate student feedback, soliciting responses to the “What would you like to tell future students about this class?” question. Huang and others circulated an anonymous survey posing the question across House email lists with the goal of posting results on a public webpage.

Kendrick Foster ’22 said none of the course evaluations for his five classes this semester featured the option to provide qualitative comments.

“From a transparency perspective, you’re saying there’s something about this class that we wish that students in future years didn’t know,” Foster said. “It’s saying we want to hide something about our class to future students. I don’t think it sends a very good message.”

Foster said he thinks submitting feedback on the Q Guide for courses this semester is crucial.

Malika M. Umar ’22 also said she thinks professors should not be able to deny students the opportunity to engage with prospective enrollees through public comments.

“I think that students want to share the good and bad about the classes they’ve taken and steer future students clear of something that may have been a bad experience for them,” she continued.

Umar added that the apparent change also renders students unable to leave positive comments and encourage students to take a given course.

College spokesperson Rachael Dane declined to comment on the question’s absence for many courses.