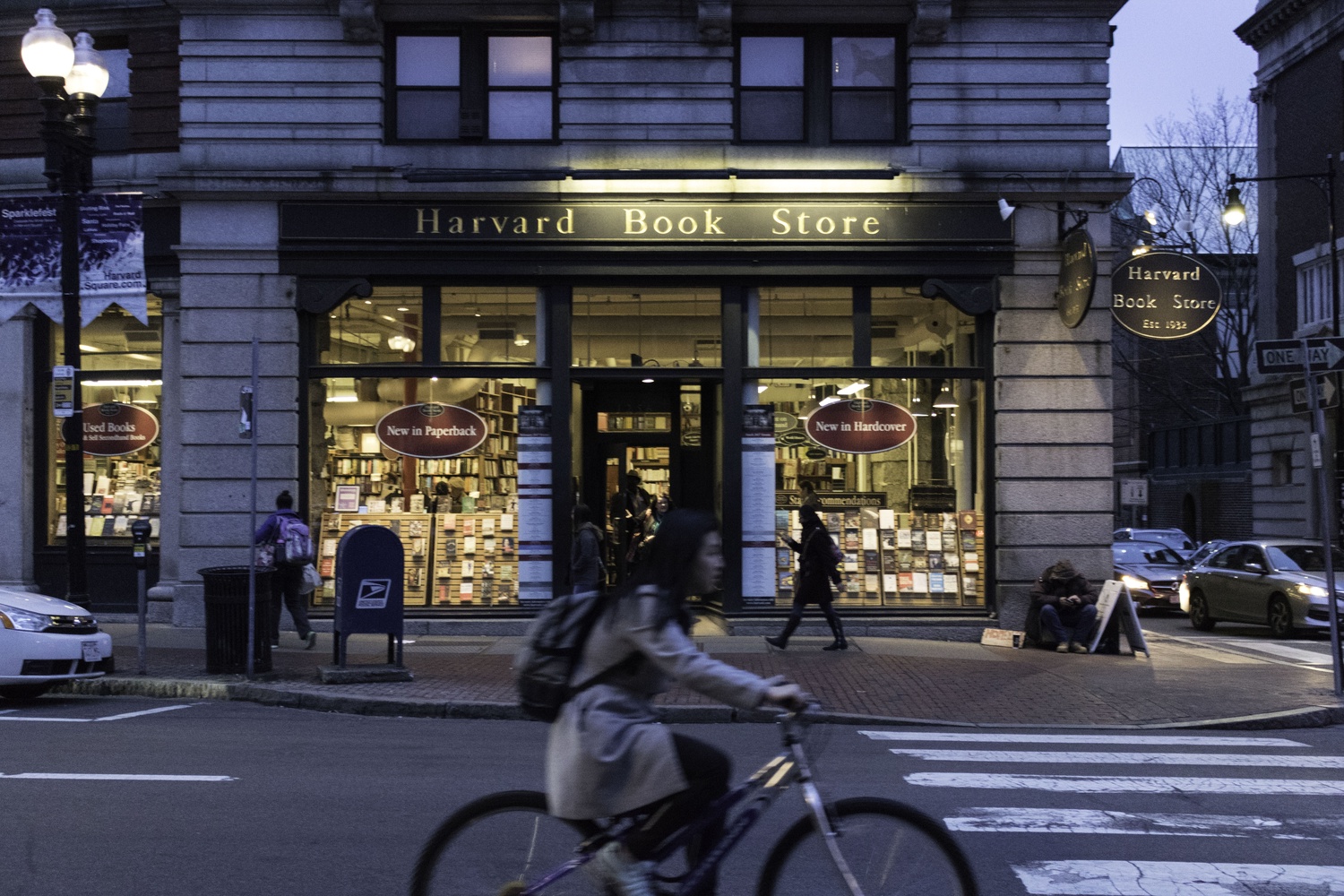 The Harvard Book Store is located on the corner of Massachusetts Avenue and Plympton Street. By Grace Z. Li
By Simon J. Levien, Crimson Staff Writer

As a result of the coronavirus pandemic, the Harvard Book Store — an independent bookseller and Cambridge landmark founded in 1932 — has moved all book talks, events, and sales to virtual platforms.

The bookstore closed on March 15, preempting a Massachusetts stay-at-home advisory. But even before that date, general manager Alex W. Meriwether said in a Monday interview, the shop made changes as a result of the virus.

Advising guests to use hand sanitizer became part of the precautionary preamble “in addition to asking people to silence their cell phones” that preceded every Harvard Book Store event, Meriwether said.

Then Rebecca Solnit, an activist and author slated for a sold-out March 11 book talk, cancelled the day before.

Meriwether and his team then made the decision to cancel and refund all store-hosted events — including 44 talks — through April 24. The store announced it would shutter indefinitely, at least “through May 3rd,” according to its website.

The transition to virtual sales began soon thereafter. Meriwether described it as “very fluid,” since the bookstore already sells books online. That said, Harvard Book Store recently joined Bookshop, an online framework enabling independent booksellers to take advantage of e-commerce. Harvard Book Store will get 30 percent of every item sold through the service, according to Meriwether.

He said he has kept his whole staff, unlike many local businesses which have furloughed employees amid COVID-19-related economic plight, but has focused remote work on web orders. Meriwether likened the process to “training eight people to do what normally one person does.”

The book talks, which in the past have included figures such as Al Gore ’69 and Stephen King, have also moved entirely online.

“So suddenly, one of our event supervisors is hosting an event from her kitchen, as opposed to the third floor of the bookstore,” Meriwether said.

The bookstore held its first virtual talk on April 2, drawing over 600 attendees, according to Meriwether. He called it “an amazing response.”

The bookstore has yet to make a plan to virtually revive the Harvard Square Book Circle, an affiliated book club, but has introduced a virtual book recommendation service on its website.

“One of the special things about being a bookseller is being able to put the perfect book in someone’s hands when they come up to the information desk asking for recommendations,” Meriwether said.

Though he lamented the loss of that “person-to-person” interaction, Meriwether said the virtual service has since received “hundreds of inquiries.”

The store has seen an increase in web sales since the transition online. Despite the gloomy economic situation of many of Harvard Square’s businesses, Meriwether is optimistic about continuing business as usual — just virtually.

“None of this is stuff that we’ve never done before. It’s just doing things in a different way,” he said.