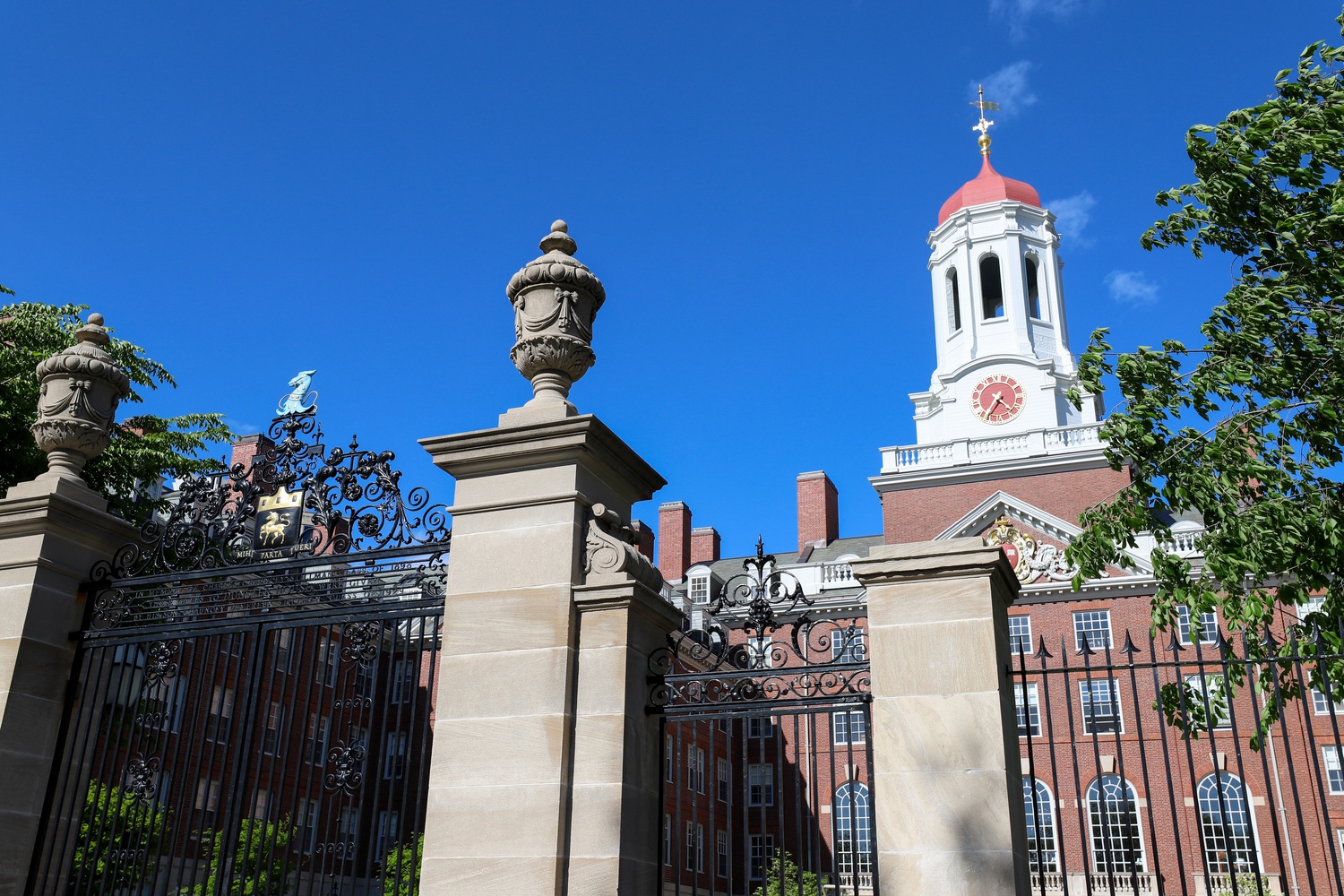 Harvard announced Monday that the vast majority of upperclassmen would not live in residence this fall. By Ryan N. Gajarawala
By Juliet E. Isselbacher and Amanda Y. Su, Crimson Staff Writers

Students voiced indignation, disappointment, and “heartbreak” after Harvard announced Monday morning that it would allow freshmen and very few upperclassmen to live on campus this fall.

In the hours following the decision, undergraduates took to a College-wide group chat, an Instagram livestream, and Facebook meme groups to commiserate and, occasionally, to find levity after months spent anticipating Harvard’s plans for the fall term.

University President Lawrence S. Bacow, Dean of the Faculty of Arts and Sciences Claudine Gay, and Dean of the College Rakesh Khurana wrote in an email Monday morning that Harvard would house only the Class of 2024 and as many students who “must be on campus to progress academically” this fall as it can without exceeding 40 percent of undergraduates. All courses will be taught virtually for students both on and off campus, and all will return to normal letter grading after Harvard adopted an emergency satisfactory-unsatisfactory grading system in the spring.

Though students took to unofficial channels to react, the College also held a formal meeting to walk undergraduates and parents through their decision-making process Monday afternoon. They mostly reiterated several key aspects of the Monday email and accompanying list of Frequently Asked Questions: the criteria for for upperclassmen to petition to live on campus in the fall, the shape of a planned online shopping period, and the details of a compressed academic calendar.

As notable as the matters administrators mentioned, however, were the issues they left out.

Khurana, Dean of Undergraduate Education Amanda J. Claybaugh, and Dean of Students Katherine G. O’Dair did not mention the College’s decision not to change its tuition fees — which climbed slightly from the 2019-2020 rate — during the panel.

The earlier email announcement noted that enrolled students living off-campus will not pay for room and board. The College will also grant students on financial aid an allowance of $5,000 per semester and relieve them of their term-time work expectation this fall.

During the panel, Khurana listed several of Harvard’s attributes that he said posed unique challenges as administrators considered how to safely return students to campus. He cited Harvard’s urban and “porous” campus — one that is frequented by visitors from around the world — and its residential system, where 98 percent of undergraduates live in University dorms.

“The intergenerational community we live in relies a lot on a lot of folks from different backgrounds and experiences all interacting together in our community,” Khurana said. “How you adapt that for COVID is anything but obvious.”

Samyra C. Miller ’21 said the panel discussion frustrated her because its format — which she described as a “rehearsed Boadway script” — failed to leave space for students to pose further questions.

Miller ultimately organized her own livestreamed discussion on her Instagram account, where more than 600 viewers tuned in to process the decision. She said the announcement left her emotional.

“We saw what happened to seniors this past spring. And we felt for them, that was awful,” she added. “I never thought that it would be my class. And I think that was the biggest reality check.”

While many students said they expected Harvard would only welcome one cohort back to campus in the fall, they debated whether it would be the freshmen or the senior class. To the many seniors’ dismay, Harvard administrators ultimately chose to invite the Class of 2024 in a bid to smoothly transition them to undergraduate life.

Menatallah N. Bahnasy ’22 said she supported the College’s decision to house the freshman class on campus in the fall.

“I always was a big proponent of at least having first year's get the fall since I think it's really crucial for them to just get a footing on campus,” she said. “I think it's really important for the start of a new journey and chapter to be able to be on campus.”

Prashanth Kumar ’21, however, said while he understood the reasoning behind the decision, he questioned whether freshmen would be able fully experience campus life given social distancing guidelines, as well as the absence of upperclassmen mentors and College events.

“What are the freshmen gaining specifically if they're all going to be isolated in their rooms?” Kumar asked.

Sophomores and juniors, for their part, learned Monday that they could spend a full year of their undergraduate education away from campus. Bacow, Gay, and Khurana wrote in their email Monday that the College is considering three options for the spring semester. The first model, which assumes worsened conditions, would send freshmen home and keep only students who must learn from campus. The second model would swap freshmen out for seniors. Only the third would welcome back multiple class cohorts. The College anticipates selecting one of the paths in early December.

Citing the fact that seniors will be prioritized in the spring semester, Jaron M. Zhou ’22 said he had to reconcile himself to the fact that — as a rising junior — he might lose a full quarter of his College experience.

He said the moments after the decision dropped were marked by a frenzy of communication on various social channels as friends shared immediate reactions.

“I was kind of juggling between Twitter, between Snapchat, between the GroupMe,” he said.

The GroupMe to which Zhou referred is a lively College-wide chat, inaugurated a few days ago to facilitate mass discussion about the College’s impending decision. In the chat, more than 1,600 undergraduates shared speculations and despairing memes, as well as bingo boards designed to satirize common administrative placations.

“Judging from the reactions during and after the panel discussion I think a lot of people got bingos,” Zhou added.

Hordes of students joined the GroupMe following invitations from friends to exchange rumors about the College’s imminent announcement, which Khurana indicated would occur Monday in an email sent to students last week.

Luke D. M. Albert ’22 said that the administration’s approach to communication was “unproductive” in the days leading up to the decision.

“They announced that there was going to be an announcement so that they would have a special date in which they would make this decision,” he said. “I think that was a bad idea, because then that sort of allowed this big tension to build and people to get nervous over the week.”

Albert said he agreed with Harvard’s decision to bring only one cohort back to campus in the interest of public health, though he said he didn’t think Harvard committed to doing nearly enough to support students in the aftermath of the harrowing decision process.

Though Bahnasy said another semester of online classes was a “hard pill to swallow,” she said she is optimistic that administrators, faculty, and students will adapt to replicate the Harvard experience as closely as possible.

“I would love to be able to be back in the dining hall, hanging out with peers and friends, but I think it's just such an unprecedented time and it's tough to know how things will change,” she Bahnasy said. “Something might come up in the next few weeks. Maybe the virus takes a turn in a direction that none of us expected. Maybe it worsens really drastically, maybe it subsides.”

“It's sort of like a work in progress,” she said.