‘I Wasn’t Able to Make Any Connections’: After Completing Virtual Fall, Some Undergrads Forgo Spring Semester 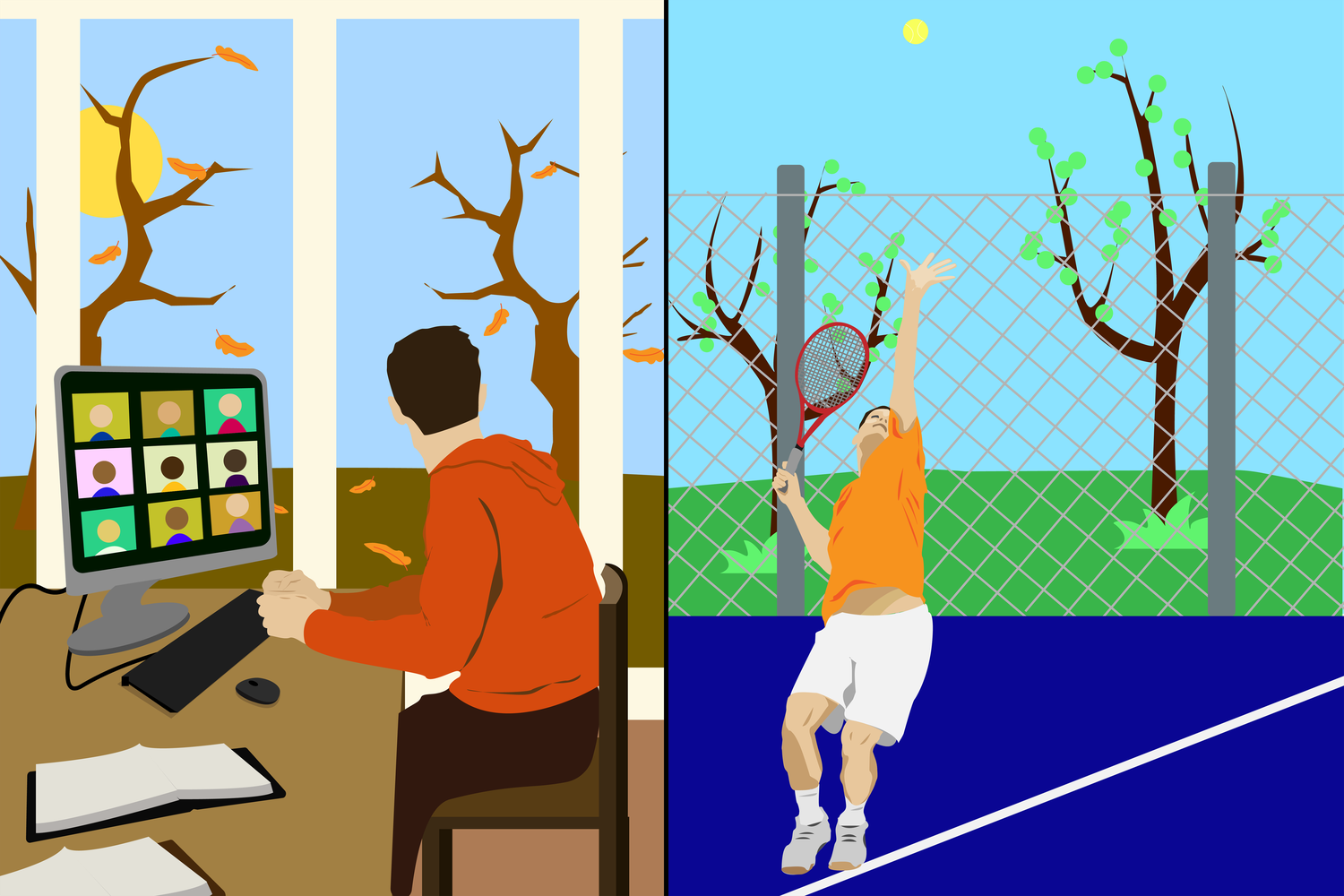 Some students who took classes in the fall opted to take a leave of absence in the spring. By Justin Y. Ye
By Alex M. Koller and Taylor C. Peterman, Crimson Staff Writers

Faced with another semester online, a lost year of athletics eligibility, and a dearth of social interaction, some students who took classes in the fall opted to take the spring off.

A Harvard College Open Data Project report published in December predicted that the freshman and sophomore classes would shrink 3 and 5 percent, respectively, in the spring semester compared to the fall. The College has yet to release official spring enrollment data.

Sarah Mrad ’24, who spent her first semester of college at home in Lebanon, said she decided to take a leave following months marked by limited social interaction.

“I really did enjoy my classes, and I did feel like I learned as much as I would in a non-remote setting. However, the classes were the only thing that I could enjoy,” Mrad said.

Federal visa restrictions shut out international freshmen, including Mrad, from living on campus last fall because all College courses were held online. Those same restrictions are still in effect this semester.

Mrad said the time zone difference between Lebanon and Cambridge meant her classes ran as late as 4 a.m. It also prevented her from joining most extracurricular activities.

“Clubs would usually meet evening time, like Boston time, so I was never really able to participate in anything,” Mrad said. “I wasn’t able to make any connections and I wasn’t able to benefit from clubs or anything that Harvard offers besides classes.”

By contrast, Brian J. Zhou ’24, who lived on campus for his first semester, said the fall “exceeded expectations.”

“We thought we were gonna be imprisoned in dorms and stuff but still got to meet up with people and hang out outside and explore Boston, so that was very nice,” he said.

Still, Zhou said he decided to forgo taking classes this spring to intern abroad in Morocco.

“The main reason was probably more to do with having an opportunity to work at a nonprofit about social entrepreneurship in Morocco,” he said. “Once I had that figured out I was like, ‘Alright, this is not that hard of a decision.’”

Sofia A. Castore ’24, meanwhile, said she did not find another semester of online school appealing.

“This was my first time doing classes online, and it really wasn’t the best for me. I couldn’t really pay attention,” she said. “I didn’t really feel like I learned anything.”

“I felt like it was unfair to my parents to have them pay,” she said. “I wasn’t really gonna get the full advantage of my education.”

By taking the spring off, Castore — a member of the women’s field hockey team — will also be eligible for another year of collegiate athletics.

“All the Ivy Leagues have a rule where you can only be enrolled for eight semesters, so in order to use the extra year of eligibility that the NCAA granted fall and winter athletes, you have to take a semester off at some point,” she said. “If I take the spring off, I’m able to play an extra season of a fall sport.”

Though Rhee said his experience on campus during the fall semester was positive and provided “some semblance of a social life,” he said Harvard’s decision to offer spring housing to seniors and juniors — not freshmen — helped him make his decision.

Rhee said he is searching for an internship and plans to spend most of the spring training for the upcoming Olympic swimming trials in June.

Though Harvard invited upperclassmen back to campus, some still decided to defer their enrollment.

Stephanie Yao ’22 said her decision to take time off from the College was “difficult” because she would have been prioritized for Harvard housing as an enrolled junior this spring. Still, Yao said she is pleased with her choice.

“I just felt like I was missing the opportunities to be able to meet people on campus and, to me, being at Harvard is ultimately about the people you get to meet,” Yao said. “I didn’t want to give up another semester of not being able to do that.”