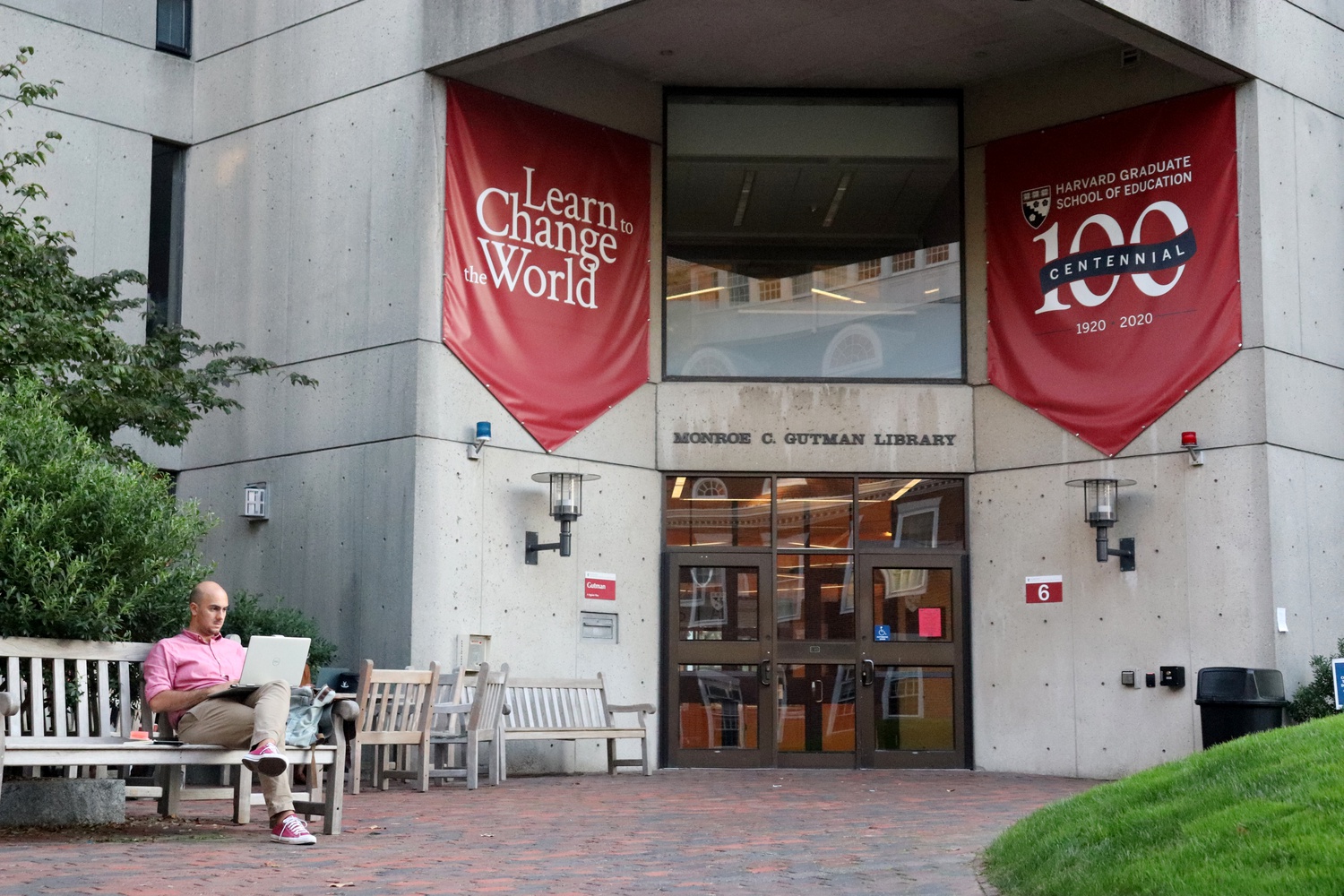 Students in a part-time virtual Master's program at the Graduate School of Education criticized the school for insufficient support. By Truong L. Nguyen
By Isabella B. Cho, Crimson Staff Writer

Barred from attending in-person classes as a condition of their enrollment, many students in a virtual part-time Master’s program launched by the Graduate School of Education last year are advocating for improved online programming and turning to cross-registration for the chance to experience a live classroom.

In response to the Covid-19 pandemic in 2020, HGSE offered students the option of part-time enrollment — a fully online degree program through which students would receive their Master’s degree over two years instead of one. Students who opted for the two-year program were required to sign a contract acknowledging their recognition of the online format prior to enrollment.

In an FAQ posted on its website, HGSE confirmed students who opted for part-time enrollment would be ineligible to take in-person courses in the fall as a “matter of equity and transparency.” The same webpage states that all students — including part-time enrollees — are “welcome to use” HGSE and Harvard campus facilities when in Cambridge.

In past months, however, many part-time students have disputed the administration’s fulfillment of its commitment to delivering a quality virtual experience.

In an Aug. 25 letter to HGSE Dean Bridget Terry Long and Senior Associate Dean Matthew L. Miller, 88 HGSE students and alumni voiced their frustrations with the virtual offerings. The letter identified concerns in six areas — including the quality of remote courses and priority registration for online courses — and provided recommendations to help “close the quality gap” between the in-person and virtual experience.

“When HGSE released the course catalog for AY 2021-22, it is not an exaggeration to say that many of us were devastated,” the letter reads. “We were also shocked by the degree to which the school overlooked many of the key factors — like time zone-equitable, online course offerings with core faculty members — that made the part-time program a viable and worthwhile option for many of us in the first place.”

Part-time student Rachel Diaz, who lives in Cambridge, said she had remained “hopeful” she could return to campus once the Covid-19 crisis stabilized. It was “really frustrating,” however, to witness graduate students from other schools — even those who had taken time off during the pandemic — being welcomed in person with “open arms,” she said.

She said the classes she found interesting at HGSE were all ones she was ineligible to take as a part-time, online student.

“The majority of classes I wanted to take were still at HGSE — they were just in-person classes that I couldn’t take,” she said. “I didn’t want to do another year of only online.”

Instead, she said, she turned to cross-registering in classes at other Harvard schools, and ended up with no HGSE classes this semester.

M. Jenny Wechter, another part-time student at HGSE who lives in Cambridge, wrote in an email that she also used cross-registration to access in-person learning.

“I’m cross-registered at other schools just to be in-person,” she wrote. “The learning is completely different … much deeper … I feel privileged to be able to have this opportunity and am also incredibly disheartened for the students who are being told that an online degree is comparable because it simply isn’t.”

The FAQ regarding part-time enrollment stated HGSE will curate a “robust” set of courses and opportunities for part-time students. According to Wechter, however, there have been “no events” to connect part-time students in the area.

Wechter acknowledged that the school is “between a rock and a hard place,” but argued that the virtual experience has been marked by deficiencies.

“If HGSE opens the door for us now, they’ll be in a hard place with students who would have gone part-time had they known it would have led to in-person learning,” she wrote. “But then you have students like me who are in the area and not allowed in classes in person, so the bottom line is that student learning is being neglected.”

The August letter also pointed to issues faced by international students in the part-time program.

Gleb A. Lantsman, a part-time student studying from Russia, said there are inherent difficulties in coordinating classes across time zones, but some HGSE faculty have made a concerted effort to accommodate international students.

“I mean, no hard feelings if they cannot do an a.m. and a p.m.,” Lantsman said. “I think given the circumstances, they are doing well.”