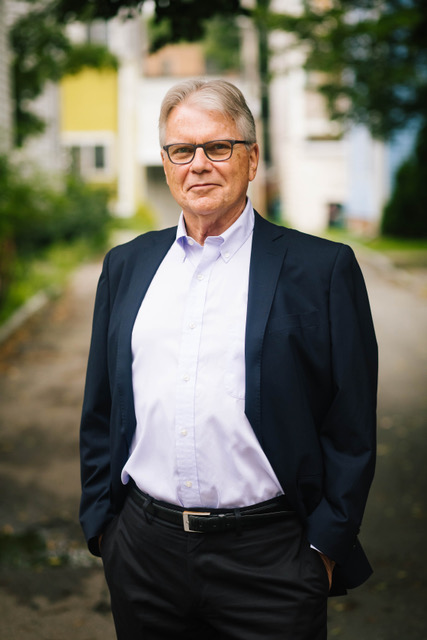 By Courtesy of Dennis Carlone
By Sara Dahiya and Michal Goldstein, Contributing Writers

Dennis J. Carlone is running for re-election to his fifth term on the Cambridge City Council on a platform prioritizing affordable housing and environmental sustainability.

“We do not have to choose between good urban/neighborhood design and affordability – we can and must demand both,” Carlone wrote on his blog.

Carlone moved to Cambridge to study at the Graduate School of Design and has lived in the city for over 45 years. Carlone worked as an urban design and architecture consultant before running for city council eight years ago.

The American Institute of Architects recognized Carlone with an award for his implementation of the East Cambridge Riverfront Plan, adopted in 1978 to connect the river with the surrounding residential areas and transform the decaying land into a neighborhood, according to the City of Cambridge website.

“My background in architecture and urban design taught me how to bring people together, how to understand all the issues and then come up with a scheme or a philosophy that addresses most, if not all, things,” Carlone said in a 2017 interview with the Crimson.

As a part of his affordable housing effort, Carlone named zoning and construction reforms as some of his priorities.

“I’ve worked with 15 different neighborhood groups in my eight years, working on rezoning, working on fighting zoning, working on design review, working on getting more open space,” Carlone said in a Mid-Cambridge Neighborhood Association interview on Oct. 23. “I think the City Planning Department should be doing that, but I love it, and so I keep it up.”

Carlone also said he intends to expand the Cambridge pre-kindergarten program if re-elected. In previous terms, Carlone worked towards educational equity with programs such as “Universal Pre-Kindergarten” and “Say Yes to Education.”

Carlone is also a social justice advocate in the realm of immigrant protection. He introduced the ACLU-sponsored Welcoming City Ordinance that limits information local authorities can provide to federal authorities regarding undocumented immigrants, according to his website.

Carlone is also a proponent of a transparent budgetary process. His budget-related proposals include allocating money in the city’s 2021-2022 budget towards racial and social equity.

Carlone co-sponsored an amendment in February to restrict City Council campaign donations by people “seeking to enter into a contract, seeking approval for a special permit or up-zoning, seeking to acquire real estate from the city, or seeking financial assistance from the city.

Carlone called for campaigns to be publicly financed in this election as well.

“I am proud to be the first candidate to refuse money from developers and special interest groups,” Carlone wrote on his website.