‘You Are the Powerhouse’: Boston Mayoral Candidates Make Final Pitches to Young Voters 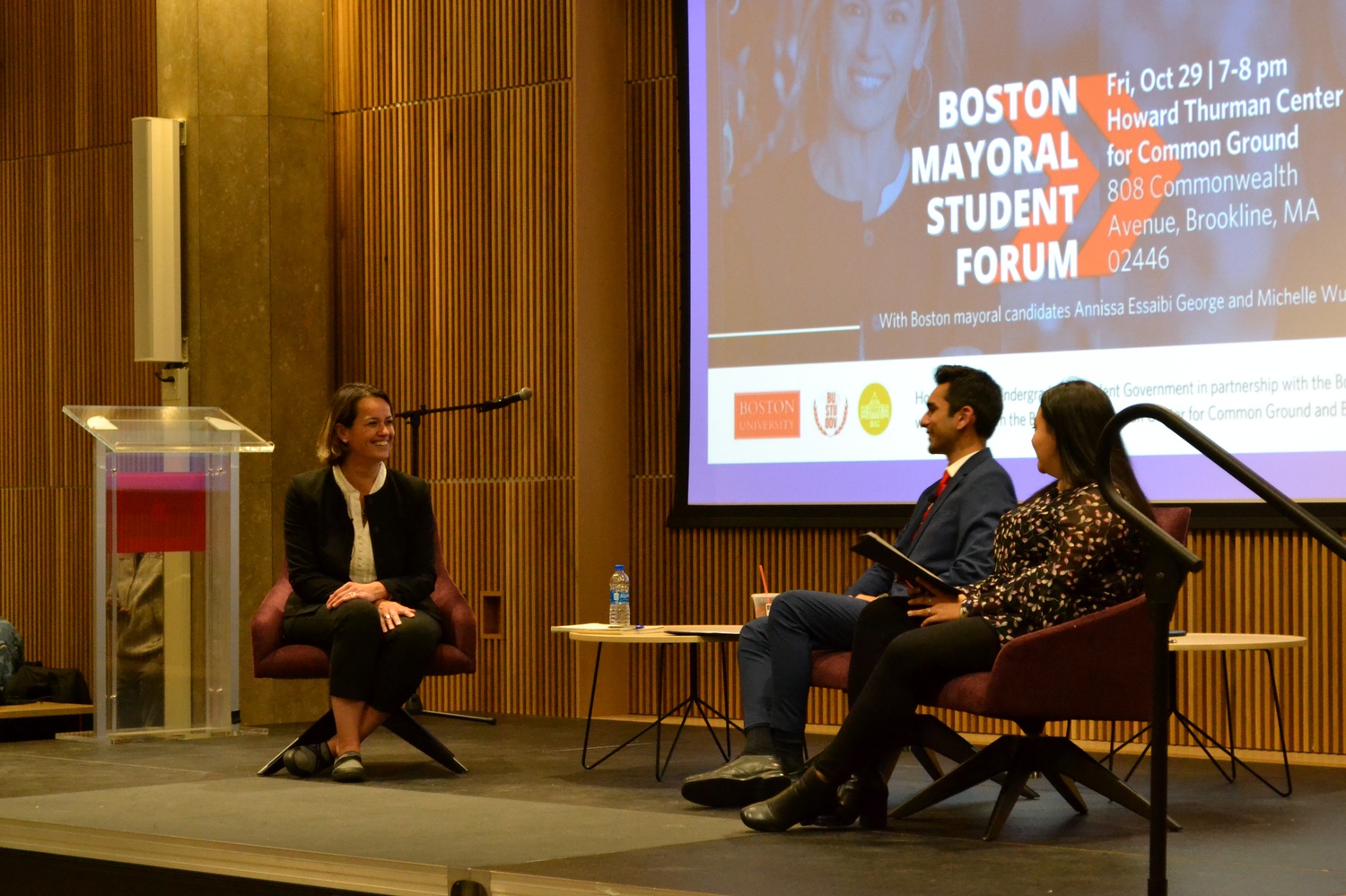 With only a day before polls open in the Boston mayoral election, candidates Michelle Wu ’07 and Annissa Essaibi George are making their final appeals to voters, with a focus on getting out the youth vote.

Both candidates attended a student forum hosted by Boston University on Friday. On Wednesday, Wu hosted a press conference for Boston-area college students.

Wu and Essaibi George advanced from September’s preliminary election with 33.4 and 22.5 percent of the vote, respectively, and will go head-to-head in Tuesday’s general election.

Friday’s forum was divided into two town hall-style conversations with each candidate, moderated by BU students. An early topic for both candidates was Allston’s affordable housing crisis, spurred in part by the neighborhood’s large and growing student population.

Essaibi George, a BU alum, said the city must work “in partnership” with its large universities to combat rising costs of living, particularly by creating “more opportunities for on-campus housing.”

“When we think about housing, the impact that all of the college students — who are really a positive, a net add to our city — there is a very direct impact on the cost of living,” she said. “Across the city, we need to create more opportunities for housing affordability.”

Wu said the city must go further than building more units to alleviate the housing crisis.

“Since the beginning of this race, I’ve been the only candidate in support of rent stabilization,” Wu said. “Not just boosting the supply of housing, but ensuring we are taking action for emergency relief to keep families in their homes right now.” 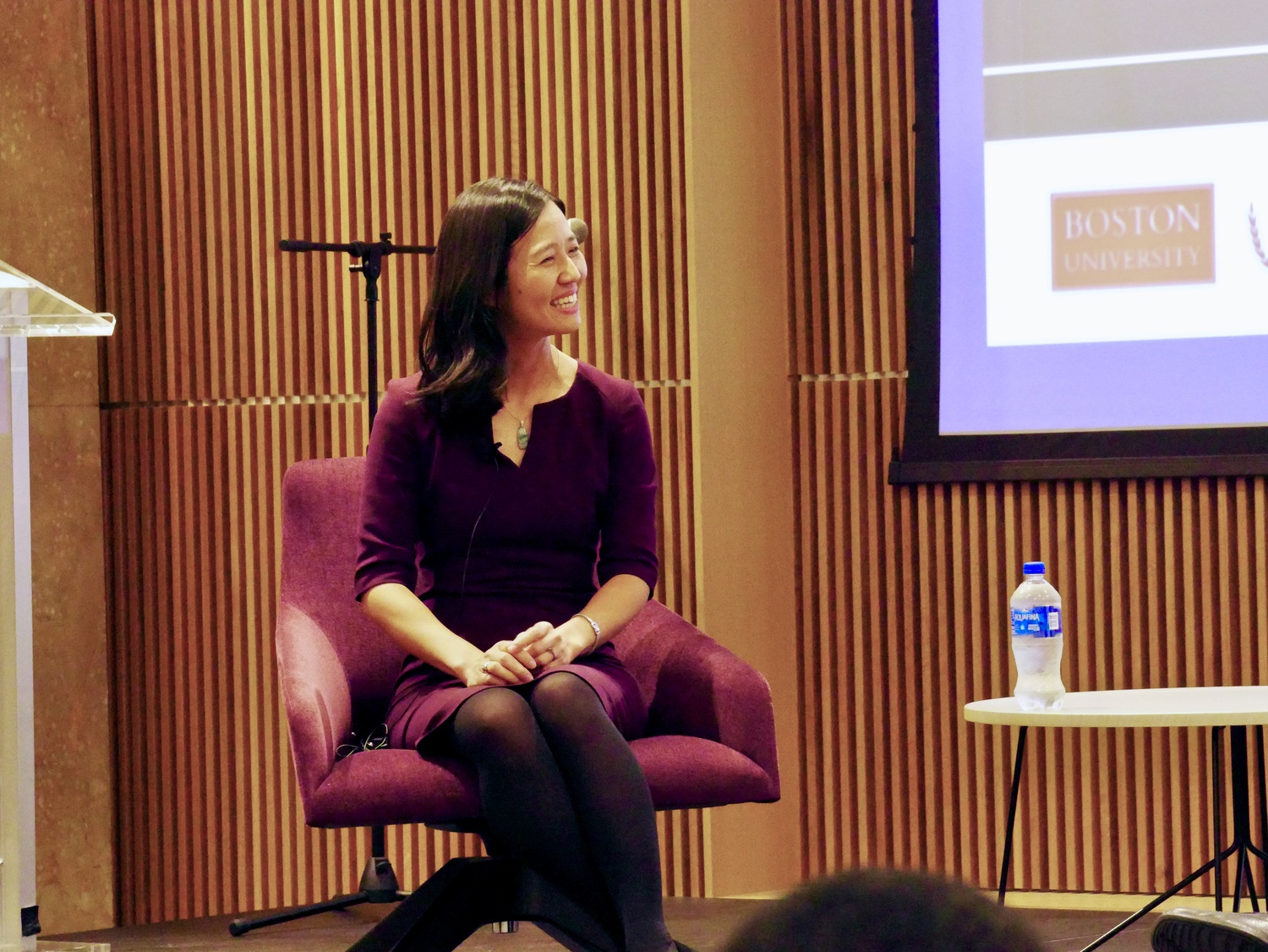 During Wednesday’s student press conference, Wu said she believes “community-based conversations” are key to addressing the affordability crisis. She referenced Arnold Arboretum — a botanical garden which is owned by the City of Boston but managed by Harvard — as an example of what can be accomplished as a result of Boston and Harvard’s “long-term relationship.”

“Now is another generational opportunity for our institutions to ensure that we are putting people first and creating the future that Boston and the greater Boston area deserves,” Wu said. “We have to have a collaborative partnership when it comes to redevelopment and planning.”

Wu said collaboration between the University and the city is essential to the Allston interchange project, which Harvard is partially funding, as well as climate resiliency projects in the area such as those stemming from Wu’s signature “Boston Green New Deal.”

Both candidates concluded their remarks Friday by emphasizing the influence young voters have in Boston’s electoral process.

“Your voices, your experiences are really important around the academics, around the housing, around the nightlife, around what we’re creating for cultural opportunities around our city,” she said.

“You are the powerhouse when it comes to really making a difference in these races,” Wu said.