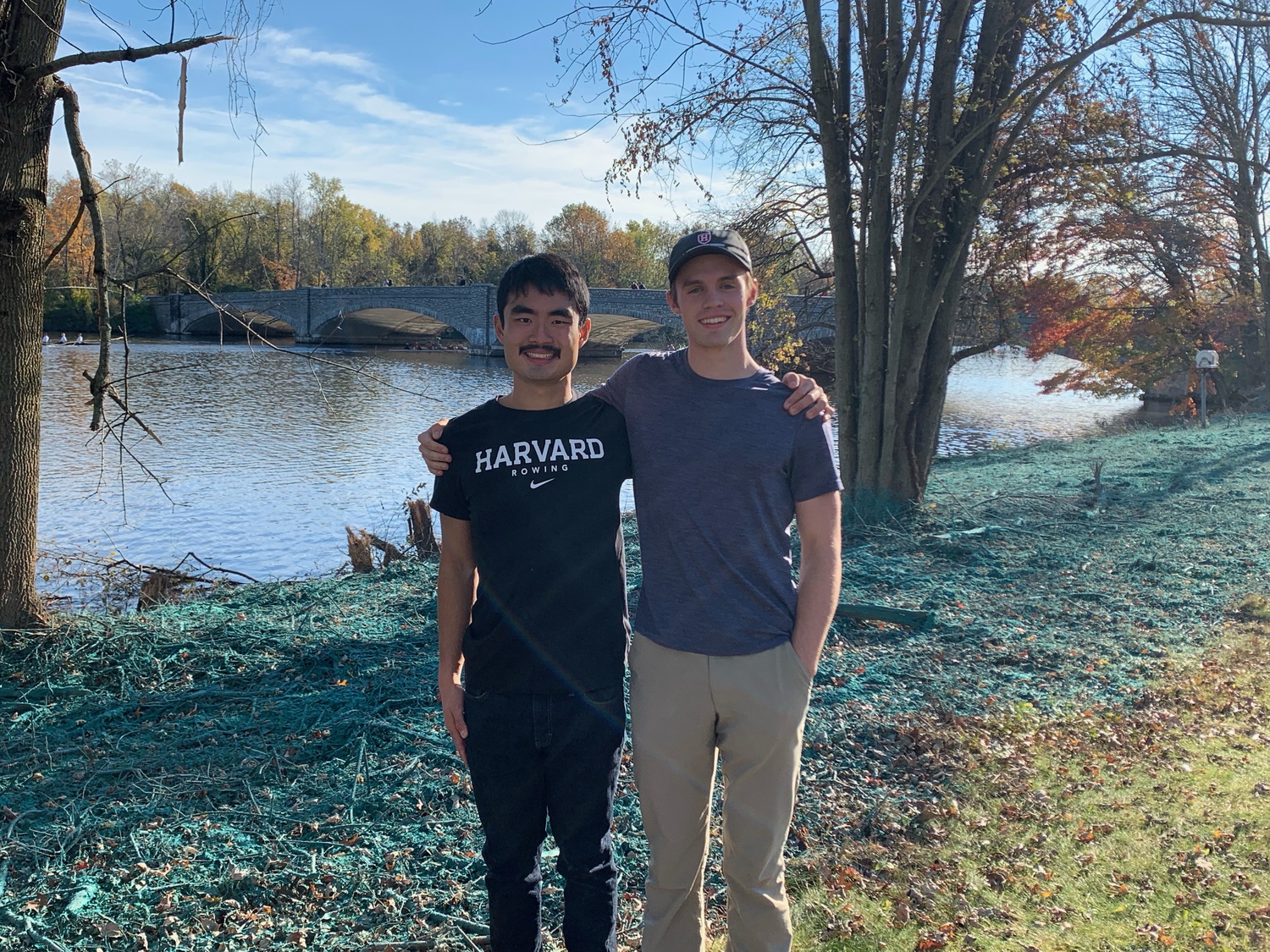 The UC Election Commission announced on Saturday that Michael Cheng ‘22 and Emmet de Kanter ‘24 will, respectively, be the next president and vice president of the Undergraduate Council. By Courtesy of Michael Y. Cheng
By Jeremiah C. Curran and Miles J. Herszenhorn, Contributing Writers

After a contentious Undergraduate Council presidential election, Michael Y. Cheng ’22 and Emmett E. de Kanter ’24, who pledged to “Defund the UC” and rewrite the UC constitution, were elected president and vice president Saturday, the UC’s Election Commission announced in an email.

The UC presidential election used ranked-choice voting, which allowed voters to rank as many of the six campaigns in any order of their preference. Cheng won 708 first-place votes, the most of any of the candidates. The ticket of Esther J. Xiang ’23 came in second with 623 first-place votes.

The UC election also asked students two referenda questions. When asked if the University should eliminate the use of legacy preferences in undergraduate admission, 59.56 percent were in favor and 40.43 percent were opposed.

The second referendum question asked whether the College should restore shopping week — the traditional period at the start of the semester when students can browse classes before finalizing their schedules — which students overwhelmingly supported, with 94.76 percent voting yes.

In an interview Sunday, Cheng and de Kanter said they were shocked by their victory.

“I was so surprised, but really excited to actually do this because we had a plan and we’re actually going to do what we say,” Cheng said.

“I was also pretty flabbergasted,” de Kanter added. “The most common refrain in Mike’s room that night was ‘no way.’”

During a closed-door session of Sunday’s UC meeting, Council members discussed a recent internal poll that found the UC has a 22 percent student approval rating, according to Cheng, who was present at the meeting as a current UC representative for Quincy House.

“With the 60 percent of votes that went to explicitly anti-UC tickets as well as the UC’s internal poll showing the UC having an 22 percent approval rating, I do think we have a mandate from the student body to try to build a student government that is more effective,” Cheng said.

Jaron M. Zhou ’22, Cheng and de Kanter’s campaign manager, said their platform resonated with students who are disillusioned with the UC.

“We really spoke to the concerns of students,” he said. “They didn’t want small reforms. They didn’t want the same old campaign promises and nothing getting done. They wanted a complete reimagining of what the UC could be, and I think that’s what Michael and Emmett really campaigned on.”

“One of the most fundamental misconceptions about the ‘Defund the UC’ platform is that the goal of these reforms is not to reduce funding for student organizations or student activities, but actually increase it by reducing inefficiencies within the student governmental processes,” de Kanter said.

Noah A. Harris ‘22 and Jenny Y. Gan ‘22, the current president and vice-president of the UC, expressed confidence in Cheng’s ability to lead in an interview Sunday.

“We both have known Michael for a really long time and are excited to get to know Emmett,” Gan said. “Michael, as a three-and-a-half year member of the Council, is really, really committed to the work that the UC does.”

Cheng said he is ready to get to work.

“First, we’re going to pass a specific timeline for a constitutional convention leading up to a referendum to replace the UC constitution with a constitution that the convention comes up with,” he said. “There’s a lot of really great ideas that we think we are going to try to get, and we’re starting even before we're inaugurated.”