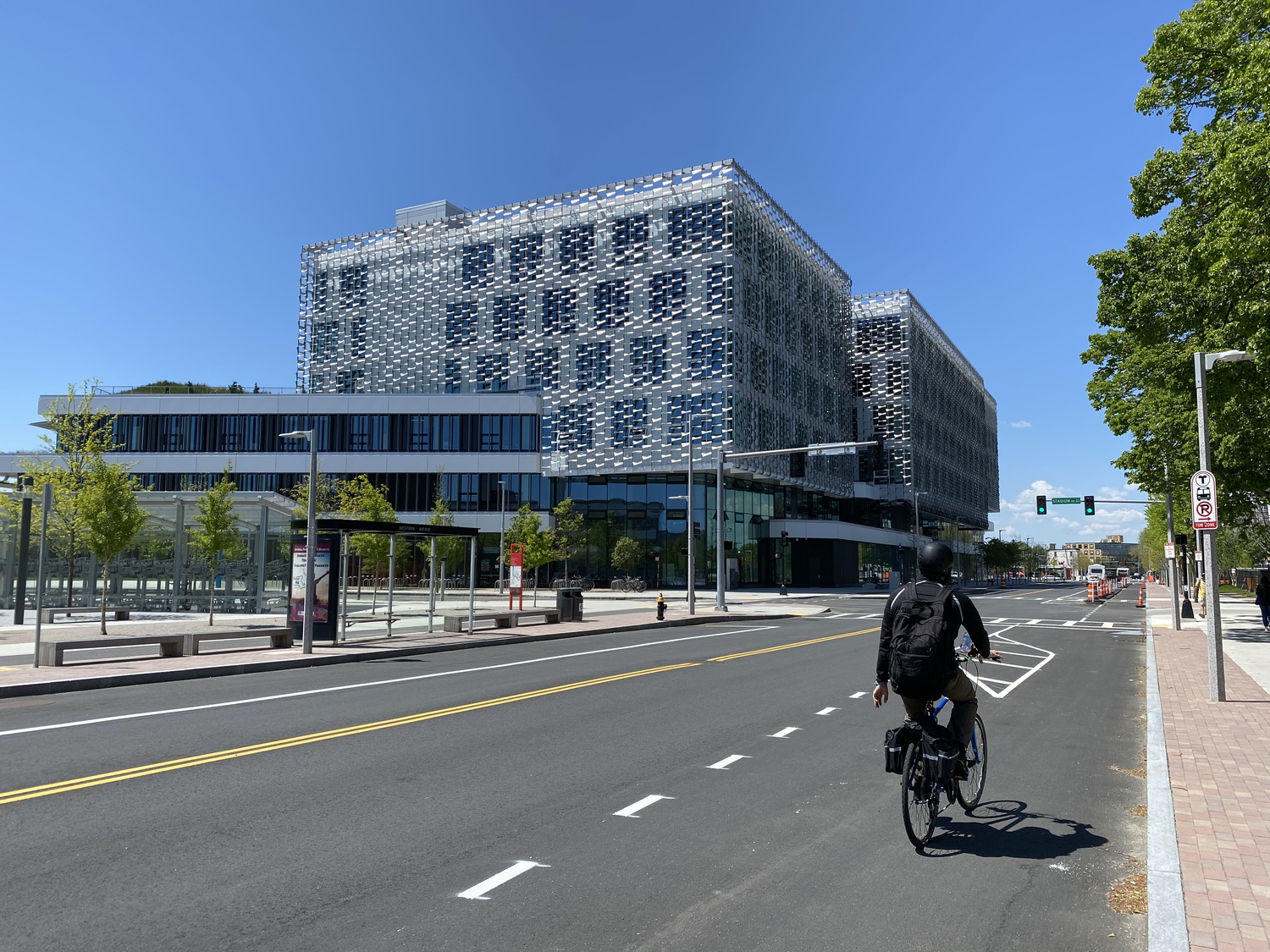 The Kempner Institute for the Study of Natural and Artificial Intelligence will open at the Science and Engineering Complex by the end of 2022. By Thomas Maisonneuve
By Natalie L. Kahn and Simon J. Levien, Crimson Staff Writers

Mark Zuckerberg and Priscilla Chan ’07 pledged $500 million over the next 15 years to found the Kempner Institute for the Study of Natural and Artificial Intelligence at Harvard, the Chan Zuckerberg Initiative announced Tuesday.

The University-wide institute, which will open at the Science and Engineering Complex in Allston by the end of 2022, will support 10 faculty appointments, computing equipment purchases, and other resources to help students at all levels at the University research both natural and artificial intelligence. It is named after Zuckerberg’s mother and grandparents, Karen, Sidney, and Gertrude Kempner, respectively.

Zuckerberg and Chan founded the Chan Zuckerberg Initiative in 2015 to address social challenges through scientific research and philanthropy, according to the organization’s website. The couple has pledged to ultimately donate 99 percent of their Facebook equity to the CZI, which has made significant donations to Harvard in the past. In 2017, the CZI donated $12.1 million for public service initiatives at the College, followed by a $30 million donation in 2018 to support an early education program run by the Graduate School of Education.

The Institute will also emphasize diversity among its faculty and staff by “actively recruiting from underrepresented groups at every stage of the pipeline,” according to a press release from the CZI.

Sham M. Kakade, a University of Washington computer science professor who will join the School of Engineering and Applied Sciences next year, and Medical School neurobiology professor Bernardo L. Sabatini ’91 will head the institute as its new co-directors.

In an interview with the Harvard Gazette, a University-run publication, Sabatini said the Institute’s goal is to better equip students and researchers through an interdisciplinary approach to the study of intelligence.

“There’s great expertise already at Harvard, and one goal is to bring that expertise together,” Sabatini told the Gazette. “Basically, we want this institute to be a destination: If you care about intelligence, whether it’s natural or artificial, you should want to come to this institute.”

In a statement published by the Gazette, University President Lawrence S. Bacow praised Chan and Zuckerberg for their financial support for and “genuine commitment” to research and development.

“Priscilla Chan and Mark Zuckerberg have demonstrated a remarkable commitment to promoting discovery, innovation, and service at Harvard and other academic institutions around the United States,” Bacow said. “Their support for the creation of the Kempner Institute will advance Harvard’s education and research mission and is only the most recent way in which they have sought to do so.”

A previous version of this headline and article misstated that the institute will be located at School of Engineering and Applied Sciences. In fact, it will be a University-wide institute housed at the Science and Engineering Complex.