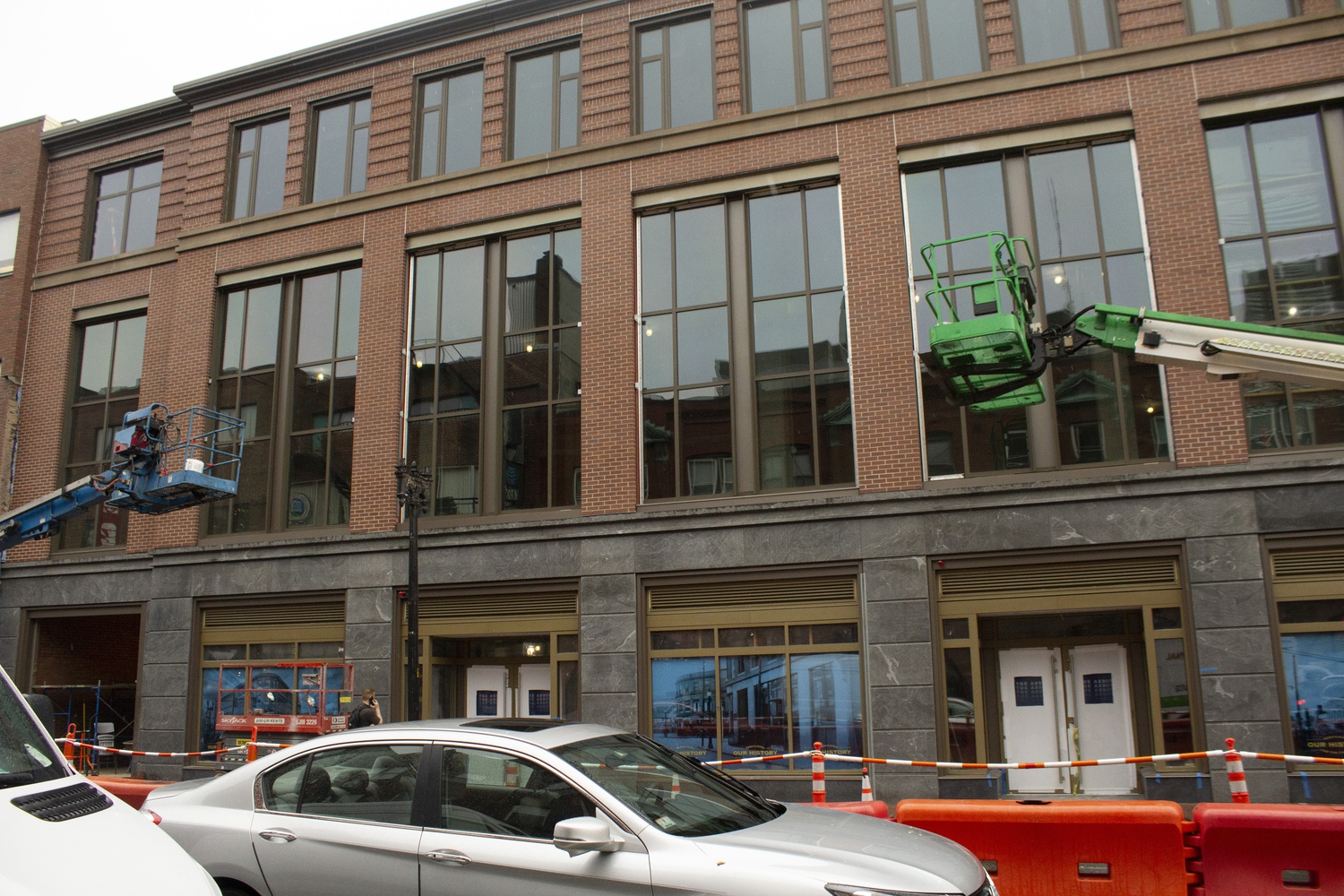 Harvard Square will soon be home to a Chase Bank branch, slated to arrive on JFK St. in 2022. By Aiyana G. White
By Leah J. Teichholtz, Crimson Staff Writer

JPMorgan Chase will be the next big bank to cash in on Harvard Square, with a 5,000-square-foot branch slated to open in 2022.

The business will be housed at 9 JFK St. — across from CVS — and is part of a 60 branch expansion into New England that Chase announced in 2018, per JPMorgan Chase spokesperson Briana Curran. Currently, Chase’s only presence in the Square is an ATM in the Harvard Square MBTA station.

Chase’s Harvard Square location will join a host of other banks with branches in the neighborhood, including Bank of America, TD Bank, Citizens Bank, and Capital One, which opened a banking cafe in 2016 where customers can enjoy coffee from Peet’s and discuss their finances with associates.

Harvard Square Business Association Executive Director Denise A. Jillson said in an interview that the arrival of more banks was “inevitable,” even before the Chase announcement.

The HSBA and the Harvard Square Neighborhood Association partnered on a zoning petition passed by the Cambridge City Council in March 2020 that stipulated that banks could not occupy more than 25 feet of frontage in the area.

“We needed to work together to really keep the spirit of the Harvard Square Conservation District in mind, which was to have engaged, first-floor retail,” Jillson said.

“Chase will be welcomed here in Harvard Square, as all businesses are welcomed,” Jillson added. “We anticipated this, which is why we worked so closely with the Neighborhood Association to make sure that the zoning petition got passed.”

In recent years, stores have come and gone from the 9 JFK St. location, with some recent tenants including shoe stores, a lingerie store, and pop-up galleries. Now, the location — within the Abbot Building — is nearing the end of a large-scale renovation by real estate company Regency Centers Corporation. The Chase branch will have entrances on JFK and Brattle Streets, per Curran.

Other new Boston-area Chase branches — including locations in Wellesley, Waltham, and Framingham — are expected to open in the next year as part of the bank’s expansion plan.

“Harvard Square is a special place and we are very excited to be part of the community,” Curran wrote in an emailed statement.