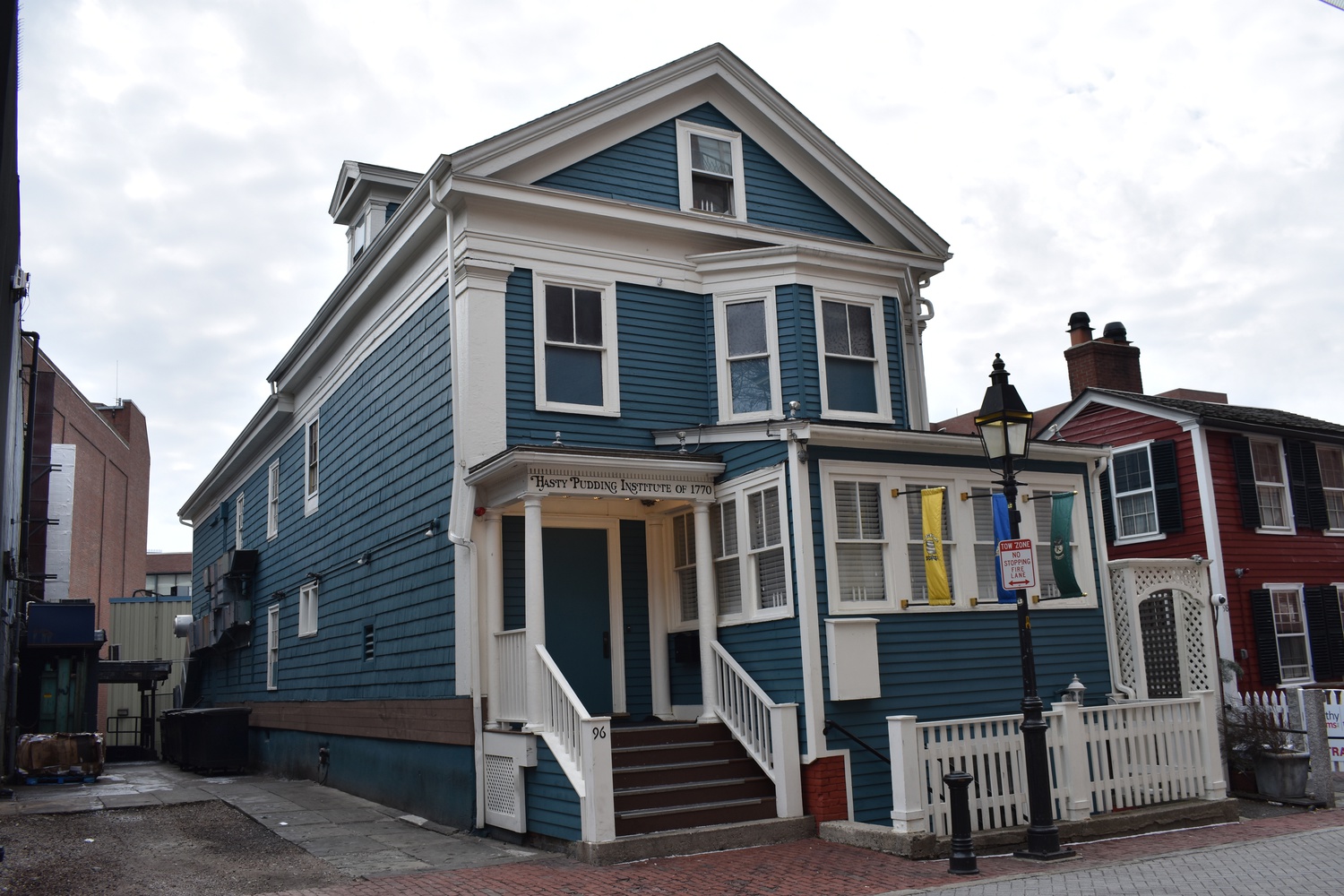 The building at 96 Winthrop St. — formerly home of the Hasty Pudding Institute of 1770 — is set to be home to seafood chain The Boiling Crab. By Amanda M. DiMartini
By Tracy Jiang and Davin W. Shi, Crimson Staff Writers

The Boiling Crab – founded by Dada Ngo and Sinh Nguyen in 2004 – specializes in Louisiana-style Cajun seafood. After the launch of its first restaurant in Garden Grove, it has since expanded across the nation to Florida, Hawaii, Nevada, Texas, and Washington D.C., and internationally to China and Australia.

Andrew Upton, an attorney representing The Boiling Crab in front of the License Commission, described the restaurant as a “communal dining experience.”

“It’s boiled shellfish with various sauces and other kinds of seafood. [It] pairs well with beer, wine, and cocktails,” he said during the meeting.

David Nguyen – the manager of the proposed location and vice president of operations at The Boiling Crab – told the commission that the restaurant will offer an “eat with your hands” type of food.

“Outside of the Texas-Louisiana area, most people have never really experienced a real crab boil,” he said. “Once people got a chance to taste and experience our authentic boil, it started getting very popular and gave us a chance to expand all over California.”

The state Alcoholic Beverages Control Commission must confirm the license the Cambridge commission awarded to The Boiling Crab before the store can open.