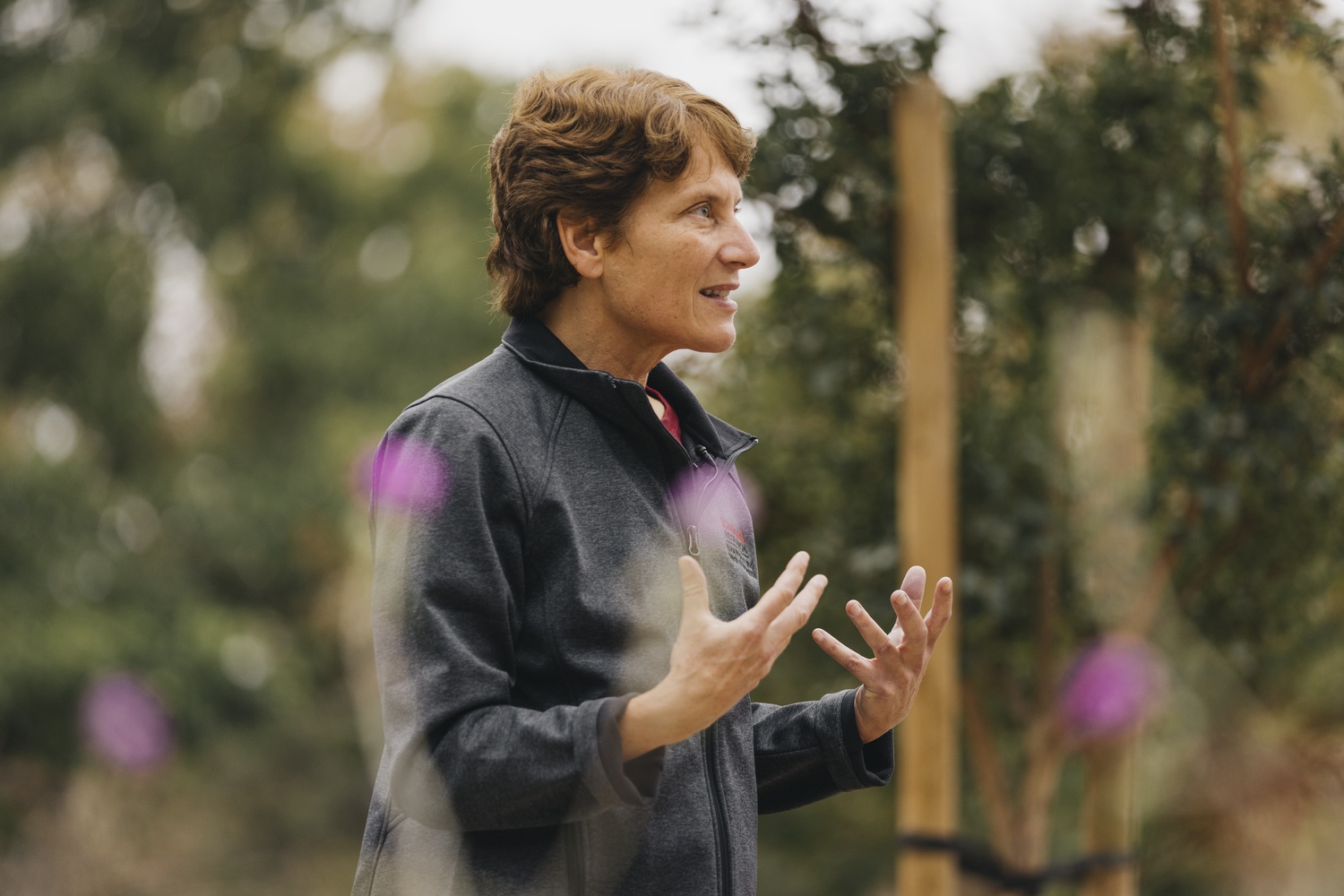 Carolyn R. Bertozzi '88 was awarded the Nobel Prize in chemistry, making her the first alumna of Harvard College to be named a Nobel laureate. By Courtesy of Andrew Brodhead via Stanford University
By Rahem D. Hamid, Crimson Staff Writer

Carolyn R. Bertozzi ’88 was one of three scientists awarded the Nobel Prize in chemistry “for the development of click chemistry and bioorthogonal chemistry,” the Nobel Committee announced Wednesday morning.

Bertozzi, now a professor at Stanford University, “took click chemistry to a new dimension and began using it to map cells,” according to the Nobel Committee.

“Her bioorthogonal reactions are now contributing to more targeted cancer treatments, among many other applications,” the committee wrote in a press release announcing the prize recipients.

Steven G. Boxer, the chair of Stanford’s chemistry department, lauded Bertozzi’s accomplishments in a statement to The Crimson.

“She represents all the best at the interface of Chemistry and Biology,” Boxer wrote.

In an interview with The Crimson, Bertozzi said that she was woken up by a phone call from the Nobel Committee at 1:43 a.m. Wednesday.

“I looked at the number, and it was a weird international number — and it's from Sweden — and I saw that, I was like, oh, no, no, no, no, no,” she said. “So, suddenly, the chair of the Nobel committee is on the phone congratulating me and giving me the news.”

Bertozzi — who had initially planned to pursue medicine when she was an undergrad — said Harvard was influential in her path to becoming a chemist.

“I would want to be left alone on Friday and Saturday night just to read o-chem books in the library,” she added.

While at Harvard, Bertozzi, a Quincy House resident, was inducted into Harvard’s chapter of academic honor society Phi Beta Kappa and played in a band called Bored of Education alongside future Rage Against the Machine guitarist Tom B. Morello ’86.

“Both orgo and playing with Tom Morello, both were sort of the substance of my sophomore year,” she said. “Playing in that band was really just a highlight of my college years — and getting to play with someone as gifted as Tom was phenomenal.”

Bertozzi said that while the Nobel Prize recognized her work on bioorthogonal chemistry, her work has become more “clinical” in recent years.

“I'm trying to get some of these technologies translated into human medicines, and I have a couple of molecules in two of my companies that are in clinical trials now,” she said.

Within 10 minutes of the Nobel Committee’s announcement Wednesday morning, a Stanford press group was at Bertozzi’s door, she said. Bertozzi spent the rest of the day celebrating and meeting with press and university leaders.