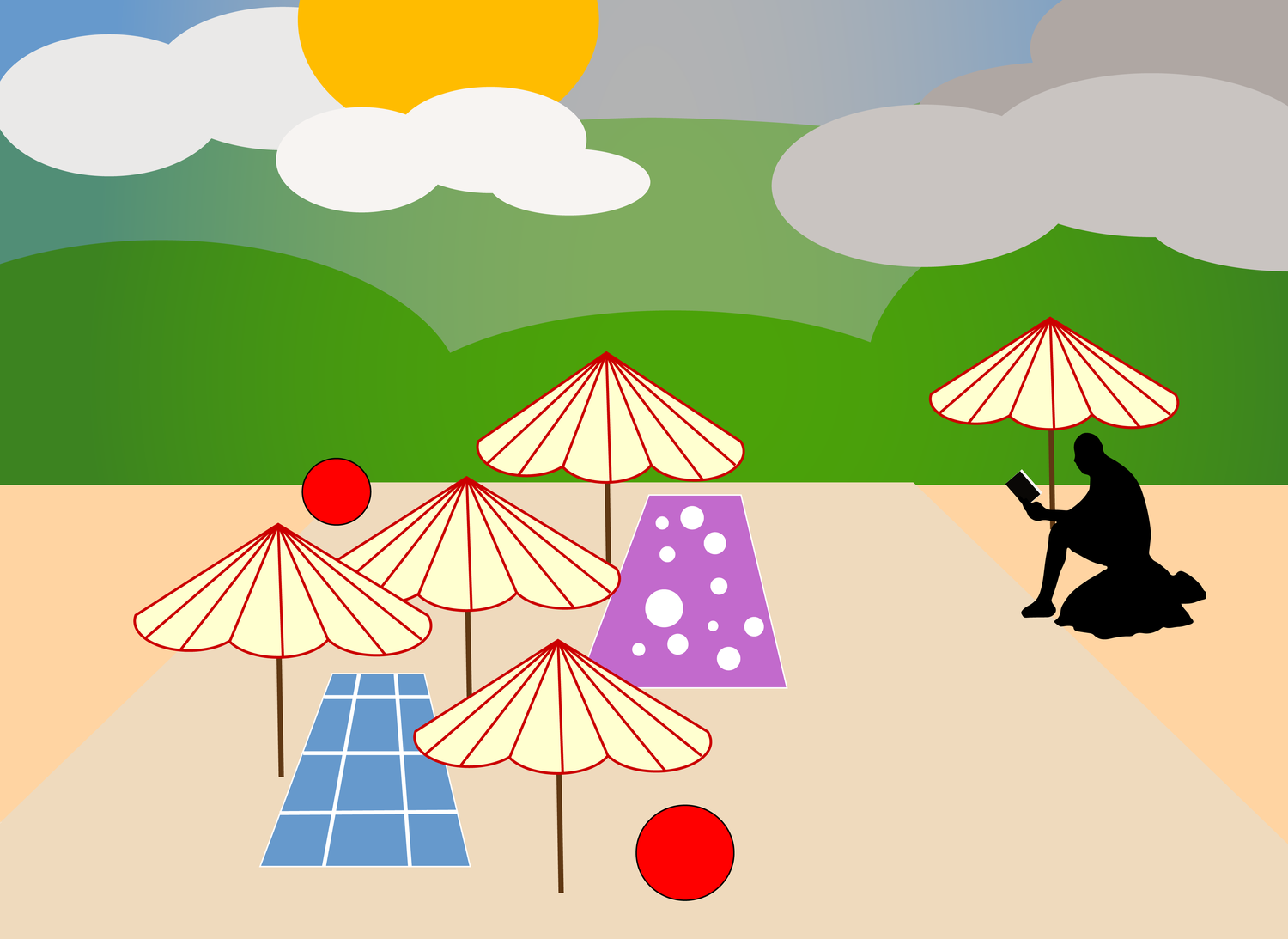 I started a job at a local independent bookstore. Work didn’t fix my loneliness, though I’d secretly hoped it would. By Nayeli Cardozo
Advertisement
Advertisement

I wondered, aside from the fever, what had caused me to empathize so fully, to transplant my selfhood into Anna? And even more troubling — why had I enjoyed it, the metallic shuddering, the billowing steam, the overwhelming sense that everything was about to end?
By Chase D. Melton

One night last summer I woke abruptly from a Covid-induced half-dream state, having mistaken the pounding of my own heart for the sound of a 19th century steam engine barreling toward my bedroom.

I’d just finished reading “Anna Karenina,” and the story had felt so real, the setting so masterfully outlined, that I’d assimilated into it — I had become Anna, at least for the instant that she had spent still alive on the tracks, bracing for impact. I sat upright in bed and put a hand to my chest, feeling my own heart going.

As my eyes adjusted, the objects in my bedroom slowly materialized. I wondered, aside from the fever, what had caused me to empathize so fully, to transplant my selfhood into Anna? And even more troubling — why had I enjoyed it, the metallic shuddering, the billowing steam, the overwhelming sense that everything was about to end?

That summer, a random wave of loneliness had made me do crazy things. I texted an ex from an especially tumultuous time in high school. I spent entire days writing and editing one frenzied, undisciplined short story. I was doing so much of nothing that the plotline of my life effectively came to a standstill. It was like cabin fever — I didn’t go outside, didn’t travel anywhere. The present tense of my life was so vacant, so emptied of the action to which it was normally accustomed, that it collapsed in on itself.

Then I started a job at a local independent bookstore. Work didn’t fix my loneliness, though I’d secretly hoped it would. I wasn’t really busy — I spent most of my shifts reading behind the register, riding a caffeine high through a hundred, sometimes two hundred pages, scribbling particularly touching quotes in my notebook.

One quote from “Swann’s Way” stood out: “We have such numerous interests in our lives that it is not uncommon, on a single occasion, for the foundations of a happiness that does not yet exist to be laid down alongside the intensification of a grief from which we are still suffering.”

I copied the quote down with shaky hands. Proust was speaking about me, to me; his words permitted me to wallow in my loneliness as long as I needed to, as it was necessary for the blooming of an eventual greater happiness that would make all the suffering worth it.

Later that day, sitting on the beach, I opened “Swann’s Way” again and read: “The ingeniousness of the first novelist consisted in understanding that in the apparatus of our emotions, the image being the only essential element, the simplification that would consist in purely and simply abolishing real people would be a decisive improvement.”

A wave threw itself against the sand. Yes, that was it — the source of my loneliness. I was living not in reality but only in the partiality of image, which was all I could bear of life. I had located myself in the character of Anna Karenina because for all her literary complexity, she was just an image; she did not have to be a person. I was living Proust’s ideal novel. But life was not a novel.

The sun set without color. For the first time, I sat before my delusion, apart from it and bearing witness to it.

A few weeks later, in the car, skirting the edge of a reservoir in the San Gabriel mountains, I told my mother about my loneliness. It was difficult to bring up the subject; I wondered if loneliness was even the right word. My mom was always good at knowing the words for things. I’d brought my notebook and in the passenger seat I read her a quote from Proust about idleness, loneliness, and a thirst for change.

I read of the urge “for something new, even if it is something worse, some emotion, some sorrow; when our sensibility, which happiness has silenced like an idle harp, wants to resonate under some hand, even a rough one, and even if it might be broken by it….”

I told my mother that I missed my ex, that the immediacy that I had felt with him felt lost forever. The car kept climbing through the alpine forest, where ancient pines stood preserved by the sparse air, though long-dead. After a moment, she spoke.

Then, we parked and started up the mountain.

On the plane back to Boston, I opened my notebook to a quote, not from Proust or Tolstoy, but from my mother. It reads: “You don’t miss that love, you miss the opportunity that it gave you to stop existing.” The quote goes on, talking about how love and infatuation enable people to relocate and sometimes obliterate their sense of self by investing it entirely in another person. I had hated it when she said it, but I knew that it was true.

The issue hadn’t been solved, but I’d named it and distanced myself from it, and that was akin to a victory. What I felt (and still feel) wasn’t exactly loneliness; it was rather an existential itchiness, an unwillingness to live as an isolated individual. I remedied this by transplanting my identity into other people — or my images of them. I’d preferred to project myself onto these characters — my closeted ex from high school, a fictional woman preparing to collide with a train — rather than take on the impossible, infinite task of living for myself.

During the flight I listened to music and looked out the window. When my eyes started hurting I shut the window and opened “Jane Eyre,” the last in my summer series of big novels. After reading for a while I started feeling inspired, so I took out my notebook and scribbled at will.

Later it dawned on me that what I’d been scribbling was a story. Its outline felt vaguely familiar, but the content was new to me; this story was its own animal. I knew that I’d be working on it for the next two months, at least. I made notes upon notes, feeling its characters and plotlines start to untangle in my head.

I began to see the act of writing fiction then as a new way to locate myself somewhere other than my body. It worked for me as a sort of side-door, a less self-destructive alternative to reckon with my existential discomfort — I was still inhabiting fictional worlds, but these were worlds whose continuity and legibility I was entirely responsible for. Writing stories became an exercise in explaining the world to myself.

Somewhere above the Great Plains, I thought, for the first time, about returning to school. What would happen to my loneliness once the academic year began? Part of me felt protective over it, having spent so much time wallowing in it. I decided to let the question linger; I didn’t worry about an answer.

Instead I read. In the novel, Jane was coming back to Thornfield after some time away. She was feeling all sorts of angst; she paced and pined and bemoaned her circumstance. And then, seemingly all at once, she chose to go on living for herself.

“Little things recall us to earth; the clock struck in the hall; that sufficed; I turned from moon and stars, opened a side-door, and went in.”