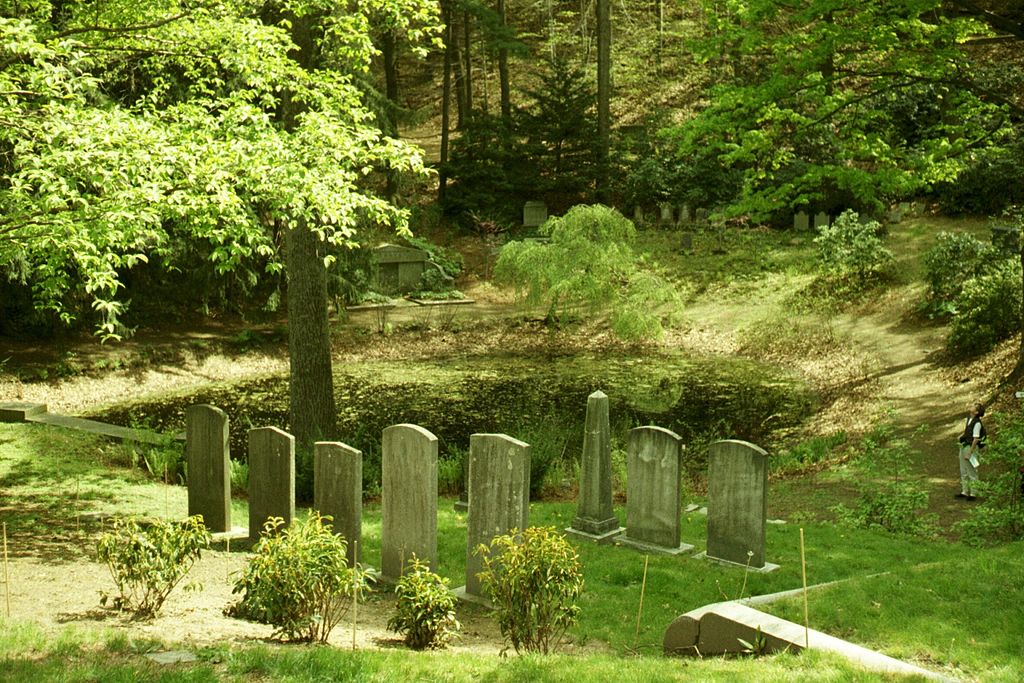 Sick, in a Grieving Way

That was when I turned to Harvard & The Legacy of Slavery Report. Reading it made me feel like I was having a spiritual heart attack.
By Anya Sesay

I know my Jamaican ancestry intimately. In the aroma of jerk chicken and of curry goat, I feel its allure. I meet it in the haze of passionate, formidable mothers and aunts. I kiss it in the roars of big laughter and a family that stretches from me to the horizon: cousins and second cousins who are quasi-strangers to me, yet who know the secrets of my ancestry closely. Though, in many ways, I find myself disconnected from the land itself, what I feel is my mother, is her mother, is her mother’s mother’s mother’s mother: they are my people.

And recently, I’ve found that Harvard has long neglected to tell me much about these people.

There is something in the discussion of slavery that I always felt outside of — and there, at times, perhaps I should remain. My ancestors weren’t enslaved here; my ties to slavery don’t begin or end here, so the thought of speaking on the subject often gives me pause. I credit my years spent in the state-sanctioned curricular vacuum of Caribbean slavery erasure and reverence of the sanctimonious, abolitionist North for this pause.

But when I read the Presidential Committee’s report on Harvard & the Legacy of Slavery — available on the school’s website and, as of this September, on Amazon for $21.95 from the Harvard University Press — I couldn’t help but feel heavier. I think a sense of shame washed over me, at first. I felt this guilt crashing down on me, imploding upon me within my dorm room. I wondered, with sickness in my stomach, how I could take pride in attending this institution, how I could carry on a lineage which begins with the subjugation of my people and continues with the feigning of reparation and the commodifying of their pain. I cannot begin to debate the validity and productivity of my shame. That is more than this article has the capacity to take on. But I feel that it’s important for you to know the trail my mind chose — the road that has led me here.

Some weeks ago, I saw a play performed in Mt. Auburn Cemetery: “Moonlight Abolitionists: A Play for the Full Moon,” written and produced by Patrick Gabridge and directed by Megan Sandberg-Zakian. It’s a concert reading which centers six abolitionists: Samuel Gridley Howe, Harriet Jacobs, Joshua Bowen Smith, George and Mary Stearns, and Charles Turner Torrey — all of whom are buried in Mt. Auburn Cemetery. It was at once eerie, unsettling, and deeply moving to watch. The dead seemed to be coming alive before my eyes. Of course, they weren’t. Yet, they were.

Their bodies are beneath my feet. This thought lingered with me, even after I left the cemetery. I was so struck by the concept of the dead coming alive before me, especially those whose stories have been marginalized post-mortem. Eventually the idea faded into a white noise that lay in the back of my mind. It didn’t disappear, but it changed over time. The conception grew beyond the bounds of the cemetery. I began to wonder about other bodies — those whose names and stories have been subsumed by archives of silence and violence.

That was when I turned to Harvard & The Legacy of Slavery Report. Reading it made me feel like I was having a spiritual heart attack. My soul was literally trying to break through my body to escape this campus. I shouldn’t be here. That was all I could think.

“So, too, was slavery integral to Harvard—” was a fact in the report that I was, of course, prepared to confront. “The university and its donors benefited from extensive financial ties to slavery,” — again, nothing surprising.

“These profitable relationships included… the labor of enslaved people on plantations in the Caribbean islands and in the American South.” This was the first big blow. Of course, I knew that this institution’s ties to slavery were interwoven across the American South. But the Caribbean islands was not a region I was prepared to find out had such explicit relevance to the foundations of Harvard. I believe it is the way I was taught about slavery that blinded me. The concept of a benevolent, pro-equality North was often propagated, but for that to stand, one had to erase the enslavement of Caribbean peoples and its tremendous impact on the economic development of the Northeast.

“The University also profited from its own financial investments, which included loans to Caribbean sugar planters, rum distillers, and plantation suppliers along with investments in cotton manufacturing.” It was a visceral inundation of violence against my ancestry, at the hands of the university I attend. And it was violence that I had never fully understood before now.

Aching and unsatiated by my findings in the Legacy of Slavery report, I then read the Report of the Steering Committee on Human Remains in University Museum Collections.

The Human Remains Report felt different; at points, more gratifying, though it still left much to be desired. I believe that this is, in some sense, the point of a steering committee: to do just enough research to steer others in the right direction.

But the bureaucracy of it all made my blood boil. A committee was formed; their recommendations were for the formation of yet another committee and for the University to do more research. They have found the remains of enslaved peoples. They know a few of their names but they won’t reveal those names to the readers — there is no clear reason why. They will, however, name their enslavers and others who enacted violence against the very Black bodies that they are now in possession of — again, there is no clear reason why.

“I said to put their names,” says Aja Lans, a postdoctoral fellow and researcher for the steering committee. “I argue that this process of anonymizing remains continues to inflict violence on people. Also, if we’re talking about Black people in particular, who were prevented from having their own names and who were enumerated in our slave schedules, I think it’s the completely wrong thing to not have their names,” she says.

She affirmed, however, that one of the committee’s concerns may have been that they felt it necessary to wait until they could tell the individual’s direct descendants about their findings before making the name known to the public. I couldn’t say where I stood on this reasoning, though. It just felt like more archival silence, more anonymity, more burial and hiding of these human beings behind an academic curtain.

Additionally, Lans was herself shortchanged by the bureaucracy of this committee. She did vital provenance research for the report and had her own essay published in it.

“[The essay] was edited for more press-type things by administration, and there’s parts of it where I’m like, ‘I didn’t say it like that,’” Lans says. “There’s parts of it that I think are missing my actual voice.”

At this point, the sickness I felt settled in again. Not offense at the mishandling of this Black woman’s voice. Not fury imagining her finding such changes had been made after the report was already published. Just sickness. It would’ve been hard to pile anger over my grief.

It has been just over six months since the Legacy of Slavery report was published and almost two months since the Human Remains Report was released. On these milestones, I find it fitting to consider both of these reports in a new light. It is imperative to unearth what has occurred post-publication, to think critically about the steps that have been taken and the ones that have been ignored. Ultimately, we must keep these powerful findings from slowly fading into the fog of bureaucracy.

Harvard spokesperson Rachael Dane did not respond to questions about the report or any work currently underway to enact changes based on its recommendations.

The Legacy of Slavery Report has been less silent since publication: those involved with the report have hosted community gatherings, conversations and conferences available to the Harvard community at-large. A few happened in the days following the report and more are to come this semester as well. However, there has been minimal direct communication and collaboration between the committee and the on-campus descendents and communities of those that the report centers — in other words, with African American or Caribbean students on campus.

Soon after the report’s initial release, the Harvard Generational African American Students Association had a formal, internal conversation about the findings. The group is hoping to hold an event with Tomiko Brown-Nagin, dean of the Radcliffe Institute for Advanced Study, which originally published the report. The Harvard Caribbean Club has not had formal dialogues about the report, internally or with administrators.

“I’ve essentially heard nothing from students who are from the Caribbean talking about this report. Unless it’s a more research sense,” said Jamaal Willis, a sophomore at the College and Social Chair for the Harvard Caribbean Club. “Caribbean students should have some kind of role… we should be included in the conversation, too. In terms of what that might look like, I have absolutely no clue.”

I visited the old burial grounds, across from the Cambridge Commons, some days ago. I wanted to see the gravemarkers of the two enslaved women buried there — Cicely and Jane. Cicely was enslaved by Reverend Minister William Brattle. And Jane by Andrew Bordman Esquire. Cicely was 15 when she died; Jane was 22. I wasn’t able to find Jane’s grave. But just when I had given up on finding either one, I stumbled upon Cicely’s name and it knocked the breath out of me. I sat down next to her, just took her presence in. Her body was literally beneath my feet. I think I learned, then, why we take moments of silence. It gives the brain a moment to ponder: sometimes, what life was with that person. Sometimes, what life could’ve been for that person. And always what life will be without them. But silence cannot last forever. It must be filled.

I found silence as I did my reporting; several of the students, staff, and administrators I spoke to were reluctant or unwilling to go on the record. For what reason I can’t know for certain. Regardless, I felt that people were burying themselves under the dirt — refusing to exhume their truths and neglecting to speak light into the darkness, truth into the silence.

But, next to Cicely, I felt that silence was no longer an option. I wished to hear her voice — and Jane’s, and my mother’s mother’s mother’s, and her mother’s before her — rising up. Until the truth of their lives, of my people, of those whose bodies are beneath my feet, fill the night and the silence. Maybe one day, under moonlight, their stories will be told for all to hear. Maybe one day, Moonlight Ancestors will speak.