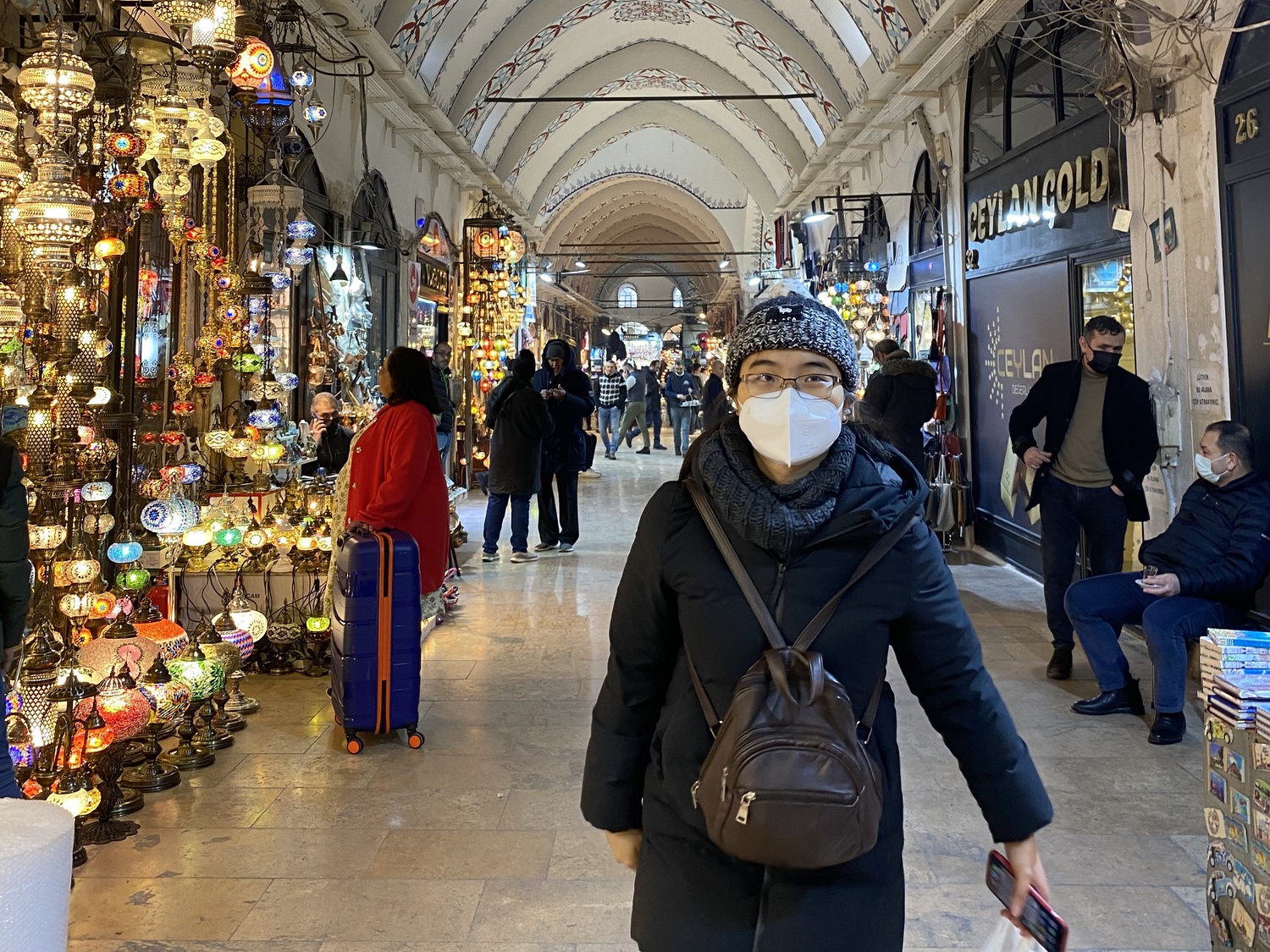 The author navigates a bazaar in Istanbul during a spring break trip with the Harvard College in Asia project. By Courtesy of Huong T. Le
Advertisement
Advertisement

It’s March 12, ten hours after a packed red-eye flight. Wearing wet rain boots soaked in the cold snow, three other Harvard students and I carried our suitcases up the hilly, snowy streets of Bebek. A spring break escape from the Boston snow turned into a deeper dive into even more snow in Istanbul.
By Huong T. Le

Before embarking on my spring break trip to Istanbul with the Harvard College in Asia Program, I had been warned: You can’t fully trust the weather forecast, and the city runs on its own time. Still, in retrospect, I did not know what I was getting into.

It’s March 12, ten hours after a packed red-eye flight. Wearing wet rain boots soaked in the cold snow, three other Harvard students and I carried our suitcases up the hilly, snowy streets of Bebek. A spring break escape from the Boston snow turned into a deeper dive into even more snow in Istanbul.

After safely storing our belongings at the Boğaziçi security office, we made our way down the street to Harvard Cafe, a small restaurant filled with Harvard-themed decorations and photos. Hungry, tired, and sore from the grueling uphill strength training session, we devoured the entirety of our manti, a dish of Turkish ravioli covered in butter oil and yogurt. The Boğaziçi University students welcomed us with radiant smiles on their faces, and the cafe staff even gave us discounts for being HUID holders. Little did I know that this was only the beginning of an 11-day sleepless adventure in this historic city. 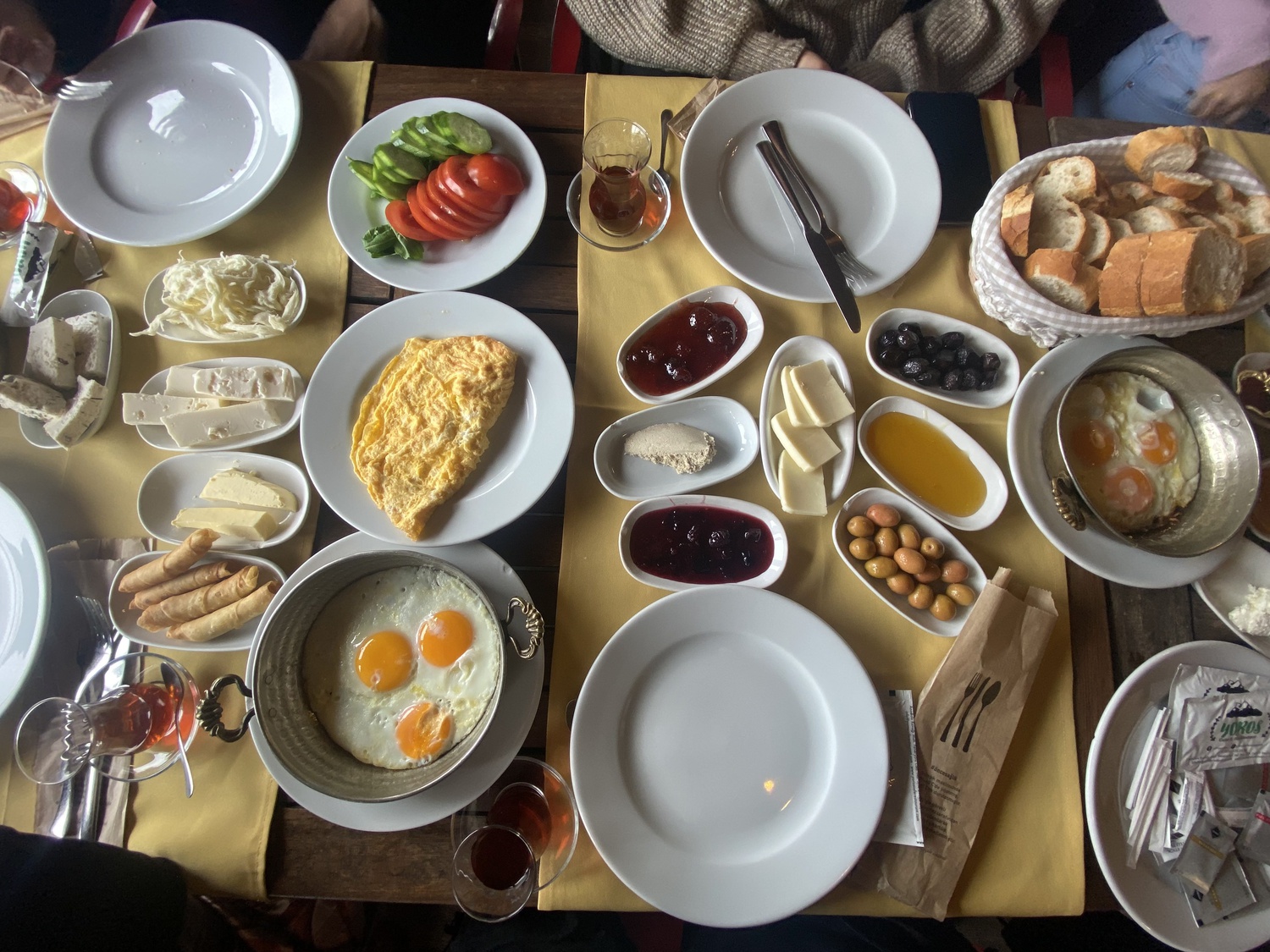 The author enjoys an extravagant breakfast spread. By Courtesy of Huong T. Le

Istanbul and its rich histories are truly unique. Sprawling across the European and Asian sides of the Bosphorus Strait, this lively metropolis is home to more than 15.6 million people. From the Topkapi Palace’s mystifying harem and the Dolmabahçe Palace’s impressive Ceremonial Hall, to the glittering chandeliers in the Hagia Sophia and the bustling labyrinth of Grand Bazaar, this city breathes history. During our afternoon strolls down the old city center in Sultanahmet, we were taken back through thousands of years of culture and civilization. In every corner of the street, the mosques, kebab kiosks, and palaces that we visited carry bits of memories from the Byzantines, the Ottomans, and the current Republic of Turkey.

Though imbued with history, Istanbul and its people seem to have forgotten about time in other ways. Whenever we entered any mosques, museums, or historical landmarks, the Boğaziçi students would patiently and thoroughly share detailed stories about the history behind these buildings. It’s been six years since the last in-person HCAP Istanbul conference – punctuated by three years of holding remote Harvard conferences – making this a much-needed trip with a little more time spent here and there, a few more questions asked, and several spontaneous detours.

By the fourth day, two or three more cups of boiling hot çay (Turkish tea), extra Turkish 101 lessons taught by our friendly hoca (teacher), and three-hour long conversations were a part of our normal routines. In the next two days, we traversed the Asian side of the city, tried bountiful serpme (traditional breakfast with over six different types of cheese), sampled eight different types of Turkish delights at the Grand Bazaar, watched our new friend Ekin tell fortunes with coffee grinds, and climbed the Galata Tower for nighttime sightseeing. It was 10 p.m. when we finished dinner, but our night continued at Meyhane — a Turkish night club, with more tapa-style food, Raki (the national drink made of distilled grapes and anise), and high-energy belly dancers. 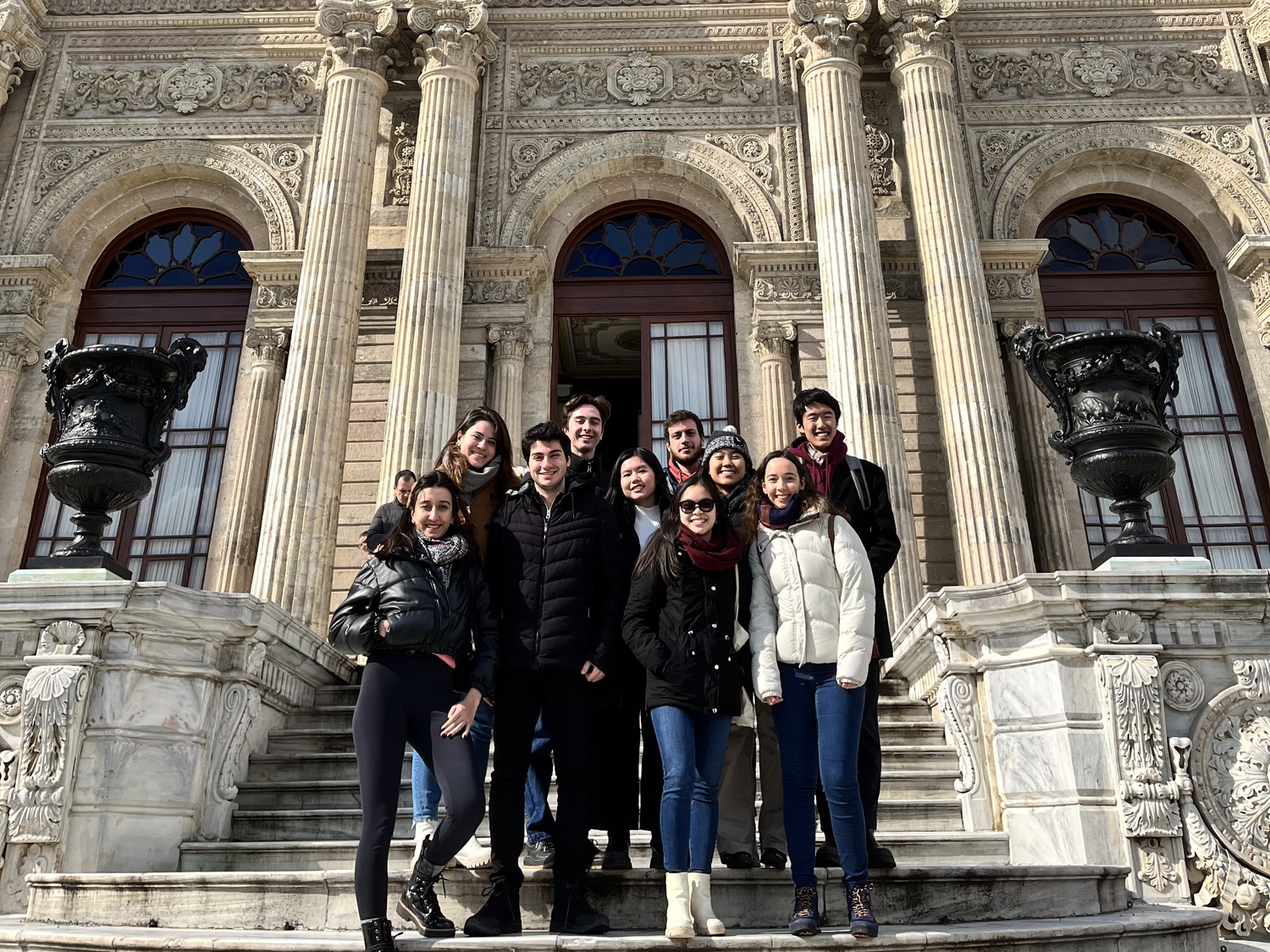 At Harvard, I used to have everything scheduled to the minute. Yet, in Turkey, time became more of a guideline than a steadfast rule. If we didn’t get through our itinerary, no one freaked out; there was always tomorrow. Because of this freedom from stringent, self-imposed schedules, I spent the majority of my time capturing all the moments from this trip. My iPhone, not surprisingly, ran out of storage after I took over 5000 photos and videos of the neighborhoods we visited, friends I made and got closer to along the way, and over 30 different Turkish dishes we ate.

Even though it has been more than a month since we returned, I still think about the day we first arrived in Istanbul and walked up those hilly paths to reach the Boğaziçi dining hall. I still drink çay every morning before going to class; it has become one of my habits now. I still fondly share every detail about the trip with all my close friends at Harvard when we reunite over a meal.

And every time I flip through my 5000 videos and photos, I imagine strolling down the street side by side with our Turkish friends, reliving my days in Istanbul, a city that time forgot.