Dueling Tampons, Elevator Sex, Easy A’s, and Yalies Who Don’t Know How to Feed Themselves 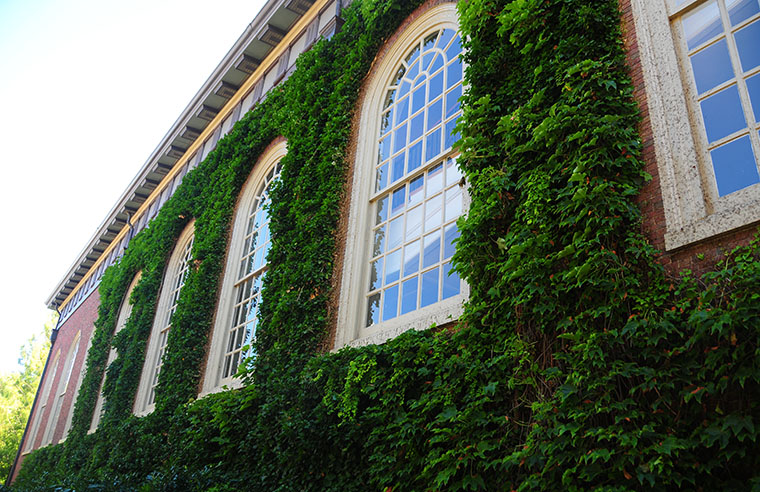 Some campus art at the University of Pennsylvania might even make the sculptures in the Science Center seem beautiful. A 50-foot welded steel statue entitled “Covenant,” by Alexander Lieberman, was installed on the UPenn campus in 1975, and has since been affectionately dubbed as the Dueling Tampons in reference to its resemblance to quarreling menstrual fluid receptacles. Though now considered iconic, mixed opinions abound on the statue’s artistic merits, as many students find it “gross,” “hideous,” “obnoxiously spastic”, and “terrible and ostentatious.” Unfortunately, someone had a strong enough opinion to deface the statue this past weekend with black spray paint. We can only hope that in the future this disrespectful tagger will control their PMS.

Besides winning football games, it looks like there is something else Yalies can’t seem to manage: feeding themselves. Not to worry, since Yale Dining services is offering a three-workshop series called Reality Bites to educate graduating seniors on how to, well, live in the real world where hot meals aren’t served on a buffet line three times a day. In the first workshop, “Etiquette and Wine Pairing,” students learned important things like which fork to use and why champagne is an “aperitif.” If reality bites, it doesn’t bite that hard, considering that the workshop kickoff meal featured a four-course spread of “classic consommé, chicken breast with smoked gouda and sun-dried tomato, and opera torte with elderberry flower mousse.” Pinkies out, everyone.

While Harvard students can be secure in the knowledge that the median grade at the College is an A-, at Columbia students may have to look around harder to find easy-A courses. In March, Columbia sophomore Daniel Liss came to the rescue by creating the website gradesatcu.com, while compiles student-submitted A-range transcript data to list which classes have the easiest and hardest grading curves. According to an infographic in the Columbia Spectator, the Core Curriculum class with the highest percentage of grades in the A-range in the 2010-2011 year was Music Humanities, with 77% receiving A grades. Science courses received the lowest percentage, with 45% in the A-range. Rough.

And while we in Cambridge usually assess house accommodations based on room size, distance from the Yard, and lack of cockroaches, it seems that Brown students have a different metric: conduciveness to sexual activity. In a post on the Blog Daily Herald, Brown student Monica Bruinsky offers a thorough critique of which dorms have central location for voyeurism, thin floors for audial exhibitionism, eight floors for elevator sexy-time, and private in-suite bathrooms for shower smooching. Mather might have more sex, and Adams might have better sex, but it seems that Brown wins for most variety.