What You Missed At The Game: Paper Planes, Plastic Bottles, and… Nudity? 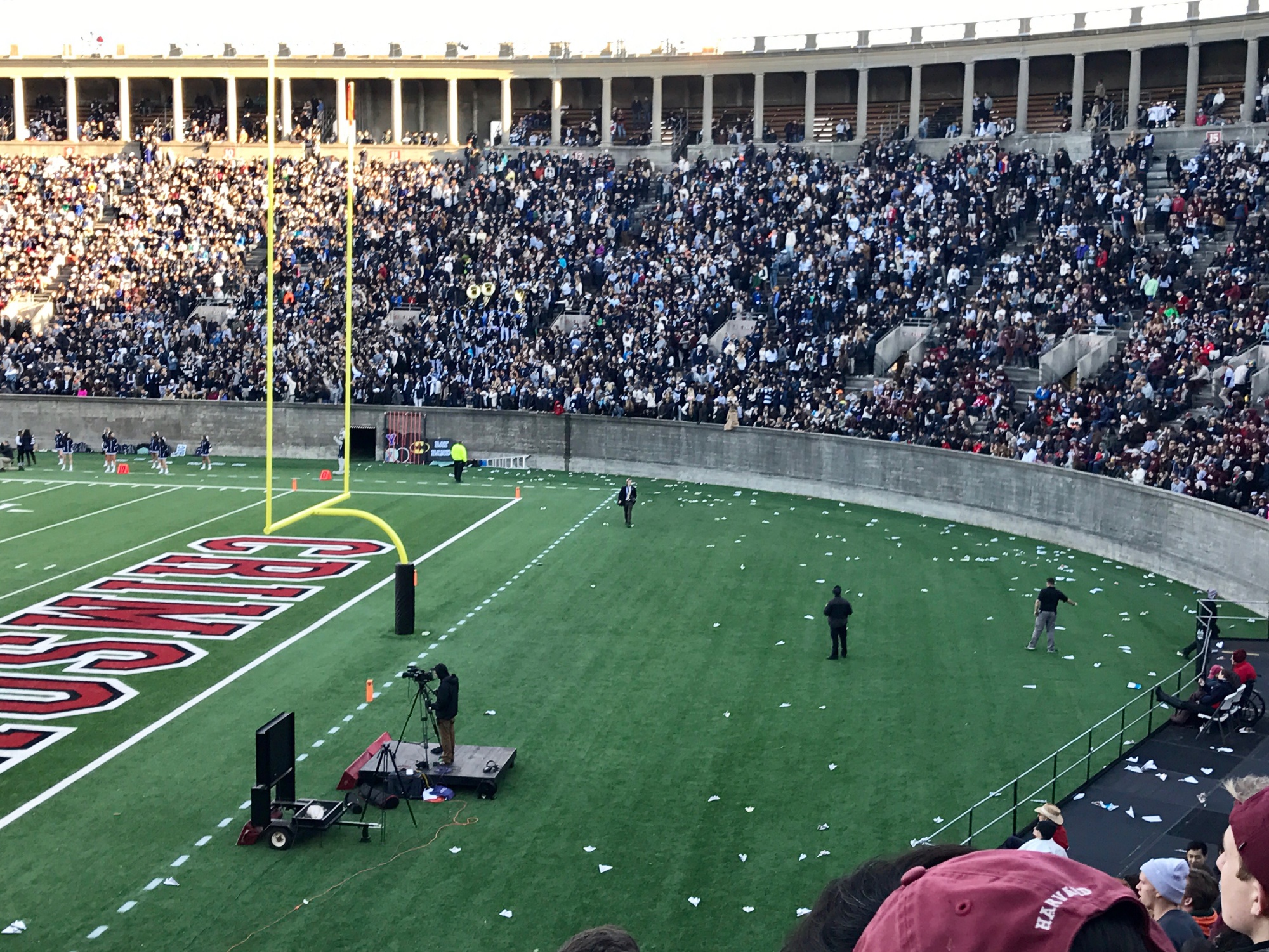 Paper planes littered the field during the Harvard-Yale game Saturday

Today, Harvard and Yale played “The Game” for the 133rd time, but this year, there were some novel additions to the tradition. Flyby has the rundown—and no judgment, really—for anyone who chose to skip out on the game and make money off their free ticket.

In a shocking plot twist, Yale… won. That’s right, folks, say goodbye to a nine-year winning streak for the Crimson. But maybe it’s for the best. After all, it’s exciting to switch things up once in awhile.

What’s that on the grass?

Maybe you saw pictures, and wondered what the white specks on the field were. Hats? Flags? Anything that’s supposed to litter a football field during a game? You guessed wrong! Those are paper planes—and even plastic water bottles—that the crowd tossed out. The projectiles, many of which were created from pages of a program handed out at the beginning of the game, came from both sides of the stadium, so the jury’s still out on whether they were supposed to express triumph or frustration. 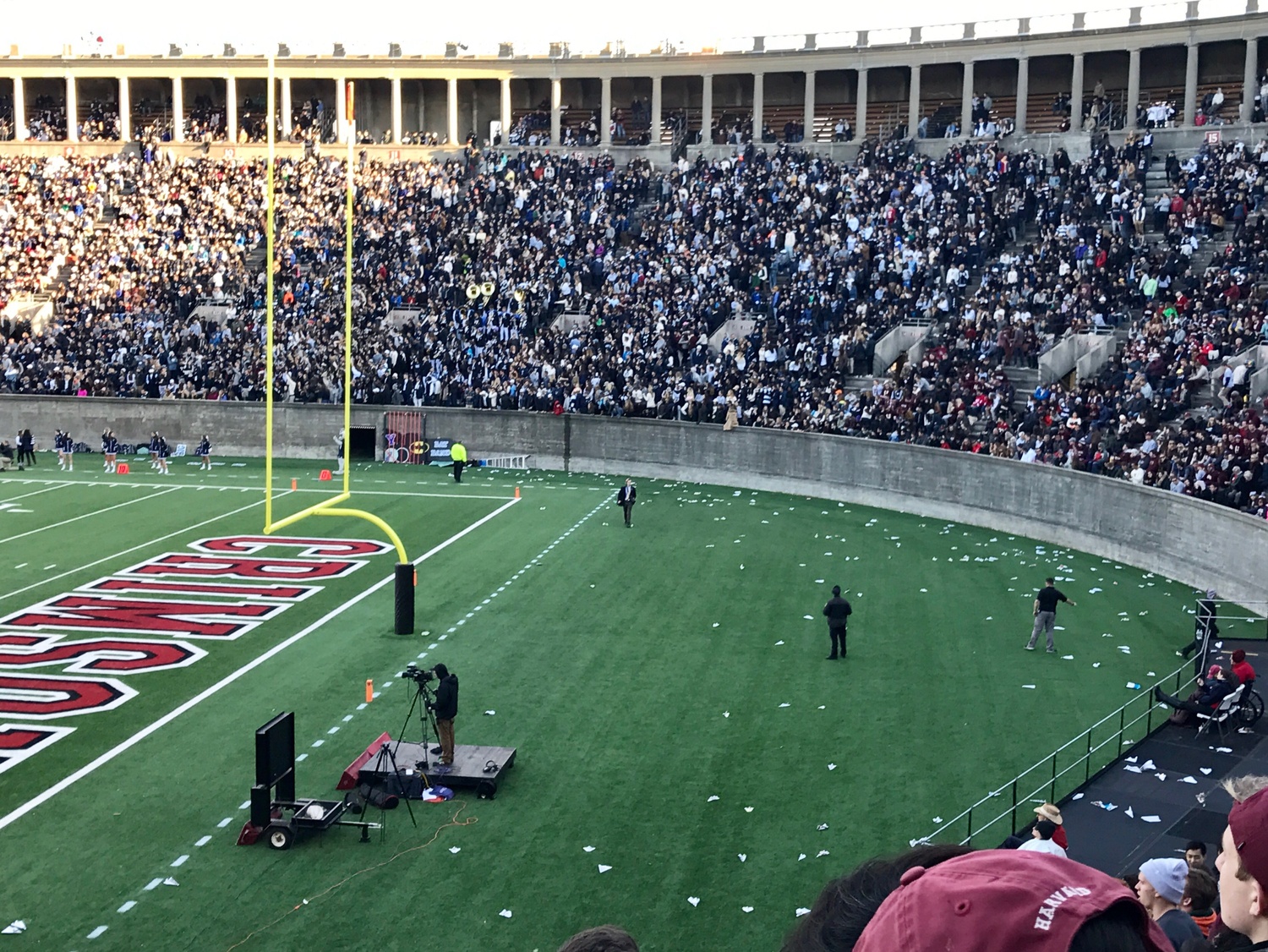 Well, did the rivalry get nasty?

That… depends on your definition of ‘nasty.’ Some supporters put on a display of stark, bare emotions, and not in the way you’d expect. Several Yale students stripped down to their skin late in the game and took the cheering to the next level. Sounds like someone went a little too hard at the pregame! Take it easy, Yalies. We’ll be the first to admit that you really showed us this year. More than we wanted to see.