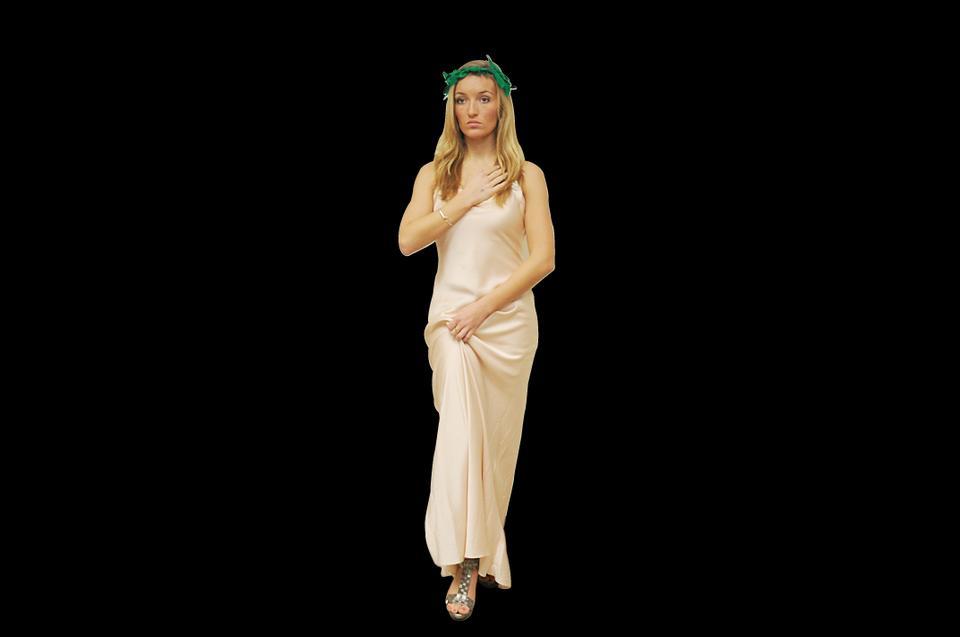 Two summers ago, Windsor G. Hanger ’10 flew home to the city of Asheville, North Carolina and helped her sister, ...
By Anita B. Hofschneider

Two summers ago, Windsor G. Hanger ’10 flew home to the city of Asheville, North Carolina and helped her sister, mother, and stepfather build a barn on their farm. When reminded of this story, Kelsey G. Hanger, Windsor’s little sister, laughed. The experience was enjoyable, Kelsey and Windsor both agreed, but Kelsey expressed doubt as to how much she and Windsor actually contributed to the construction.

“She might have helped hammer in a nail or two,” Kelsey joked.

While she may not be a master barn-builder, Hanger more than makes up for it in the incredible range of talents she has developed over the years. From beauty pageants to entrepreneurship, the History and Science concentrator has a lot more on her mind this year than her senior thesis.

Hanger’s activities this summer epitomized her range of interests and talents. She divided her time between internships at OK! magazine and in Bloomingdale’s marketing department. Hanger co-founded Her Campus, a web-based publication geared toward college-age women. To top it off, she also competed in the Miss Massachusetts 2009 competition.

Hanger, who has been competing in pageants since high school, placed in the top ten for the Miss Massachusetts competition. She also won the Miss Miracle Maker Award for raising the most money for the Children’s Miracle Network.

While Hanger’s experiences in pageantry have attracted attention over the years, she has recently become better known for her achievements in business, rather than beauty. Last year, along with Annie Wang ’11 and Stephanie M. Kaplan ’10, Hanger founded Her Campus, which was a winner in the i3 Innovation Challenge, a Harvard business plan competition. “She’s clearly very passionate about Her Campus,” Wang said. “She’s really good at public outreach and forming business partnerships.”

Hanger said Her Campus has exposed her to a new level of knowledge in accounting, law, and marketing. Her previous experience in marketing was as the executive editor at Freeze magazine, where she started the Mr. Harvard Freshman contest. She explained that this marketing experience helped her see that her passion lay in business, a realization that lay the groundwork for the direction she is taking today.

Hanger’s path has wound in many directions since her days growing up in Asheville. While Hanger’s interests have shifted over the years—in high school she thought she wanted to be an actress, and pursued the idea of being premed at Harvard—last year, Hanger switched her concentration from Human Evolutionary Biology to History and Science and set the goal of going to business school.

Next spring, when Hanger graduates with the class of 2010, she has yet another choice of which direction to take.

Right now, she is considering accepting a job offer from Bloomingdale’s or working full time at Her Campus. Although she is excited for the future, Hanger said she will miss the energy and work ethic exemplified by people at Harvard.

“Being surrounded by passionate, hardworking people has been really wonderful as far as pushing me to grow,” Hanger said. “That’s one thing I’m really going to miss, being around people so excited about life.”