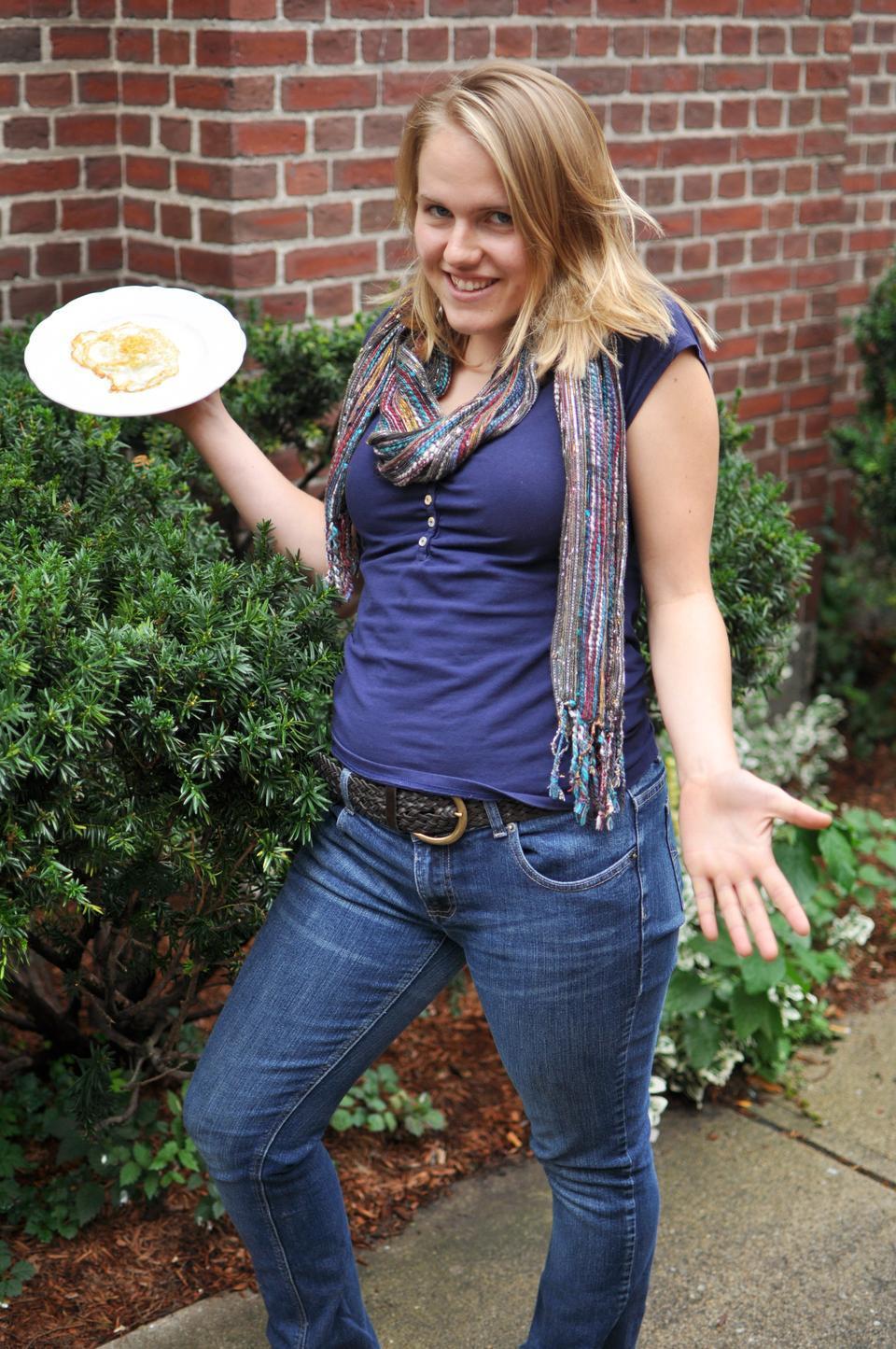 Allergies, If You Please

Recently, I discovered that I’m allergic to running. Literally. If you’ve ever had a meal with me, you probably know ...
By Chelsea L. Shover

Recently, I discovered that I’m allergic to running. Literally. If you’ve ever had a meal with me, you probably know that I’m allergic to some foods, which, for the record, include milk, peanuts, tree nuts (little known fact: coconuts are nuts), soy milk, shellfish, and lotus root.

I also recently found out that I’m not allergic to eggs. This was life-changing. The world of baked goods suddenly was mine. I finally discovered that the hard-boiled eggs I’d been content to peel and poke tasted as delightfully squishy as they felt.

In a lot of ways, it’s like being a little kid—there’s just so much out there to experience! I remember telling my mom right after I found out in ninth grade that I had outgrown my wheat allergy: “I am never, ever going to do drugs. I’m just going to eat fish sticks.”

The other day, I ordered my first HUHDS egg from the grill. I was nervous. It felt like I’d just turned 21, and the bartender was going to confiscate my ID if I messed up the name of a cocktail, revoking the access I’d waited so long to gain. Better stick with something simple but sophisticated–the breakfast food equivalent of a cosmo.

“Over easy,” I hastily scribbled on the form. I knew that was definitely a method of cooking eggs, but I wasn’t quite sure what would end up on my plate.

Of course, if the best part of having allergies is growing out of them, the worst part is gaining new ones.

A few weeks ago I found out that I was allergic to running during the Fast Tracks for Africa 5K. About halfway through, I noticed my skin was really, really warm. And it was kind of hard to breathe.

Then my right eye started watering, which I figured was my body’s bizarre way of telling me I was more out of shape than I thought. When my arms started to itch and my scalp started tingling, I knew I’d hit the last allergic frontier: exercise-induced anaphylaxis, or EIA to those in the know.

Anaphylaxis is a systemic reaction characterized by itching, facial swelling, metallic taste in the mouth, swelling of fingers, hair standing on end, death, prickly sensation on the scalp, difficulty breathing, drop in blood pressure, and finally, shock. Incidentally, symptoms also include “feeling of doom” or “sense that something bad is going to happen.”

No one at school had ever seen me have an allergic reaction, except the blockmate I met when she accompanied me to the hospital on the first day of Dorm Crew after I accidentally ate some cheese-contaminated rice at Felipe’s. My eyes were so puffy that someone asked me if I could still see. I wore my roommate’s super-light prescription glasses for a day and a half to disguise the residual swelling that made my eyes look like they were radically different sizes.

I’ve had my share of severe and often extremely inconvenient allergic reactions. The first time I used an EpiPen—the shot of adrenaline I carry in my purse—I was in Beijing, and I had no idea how to say in Chinese, “No, I’m not dying. Yes, I need to go to a hospital.” A reaction in high school all but sidelined me from a quiz bowl tournament—I stayed in the match, sleepy and incoherent from anti-histamines. I can even have a reaction if I kiss someone who has eaten something I’m allergic to, which adds a whole new dimension of awkward.

Well, I guess bees could happen to me.

One really great thing about life-threatening allergies, though, is that they make everything else a lot less scary by comparison. I’m not afraid of bears, or lightning, or government conspiracies, because a cute little cup of yogurt holds the potential to be just as deadly.

And now, apparently, so does a trip to the gym.

—Chelsea L. Shover ’11 is an English concentrator in Cabot House. She plans to be a beekeeper after graduation.