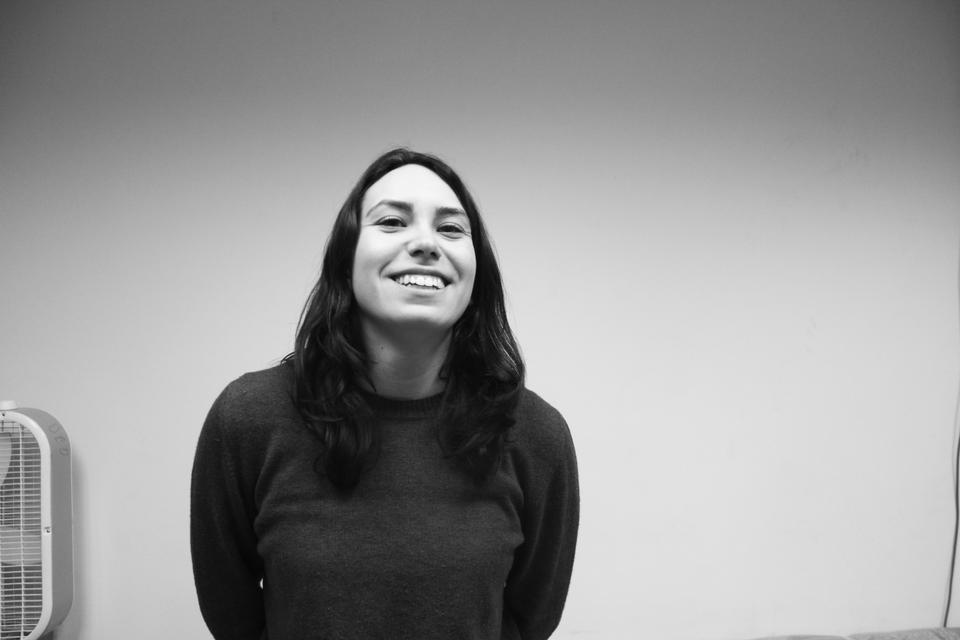 J-Term Journal: That Other Morocco

I think I expected Morocco to be rawer, more sunburned in its tones. My only previous experience of desert, never ...
By Sofia E. Groopman

I think I expected Morocco to be rawer, more sunburned in its tones. My only previous experience of desert, never having been on the classic American family road trip to the Grand Canyon, was in Australia, where the earth was a vibrant orange, almost red. The shades of Morocco are more subdued—the houses are a light beige and, where the streets are paved, the cobblestones are the regular grey-brown. This is not to say that Morocco was not a place marked by the vibrant colors of the marketplace; the tanneries in particular are infused with deep tones. At a tannery in Fez, from high up, my parents and I peered down at what looked like a child’s paint set; workers dyed hides in large circular vats of color—yellow, red, blue, purple—all made from natural pigments. Still, it is fair to say that there was something about the way Morocco looked that I had not expected. We saw almost no desert—perhaps we didn’t go to the right places or we weren’t there in the right season. We went to Casablanca for the airport; Humphrey Bogart was nowhere to be found—not that I really expected him to be there, but the little we saw of the city had nothing of the romance of the 1942 classic.

The other thing we didn’t really see was Morocco. I have never felt so obviously foreign, so much of an outsider, as I did on this family trip. It just didn’t look like we belonged; there was no way to pass for local. I should say that most of my family trips usually involve our going to places where we all speak the language, where it is not that difficult to go to a café and read a book and be surrounded by people who live in that city, on their coffee break. This was something we never, ever did while we were in Morocco.

We went on guided tours; well-dressed middle-aged men spoke to us in French about the beauties of the market. We were surrounded by other foreigners, also with guides, also on tours of the market. We ate at restaurants where menus were only in French and English. As non-Muslims we were not allowed into mosques; we stood outside them, peering through their doors. Besides, Fez is the most confusing city I have ever visited. I was glad that we had a guide leading us, gesticulating beside us, because it was a labyrinth. The streets were tiny, went in every direction, and were completely unmarked. A map would have been no help. You had to be a local to get around, and as I have mentioned, we were not Moroccan.

It is clear that the Moroccan tourist industry has done well. Indeed, Moroccans have succeeded in creating this separate tourist culture where visitors are told that the best way for them to interact with the land is through their wallets. Everywhere we went with our guides, there was opportunity, if not an underlying sense of obligation, to buy. When you visited the tannery you bought leather, at the pottery and mosaic factory you purchased delicately painted dishware, and the carpet showroom was, of course, not a museum but actually a shop. With our guide in Marrakech we spent two hours in an antique store connecting with Morocco.

I wanted to visit a university, just so I could see real Moroccans, kids my age studying history and science and art. I wanted to go to a spice store in a local neighborhood and see mothers with children smelling what they would be making for dinner. But this was somehow not possible, maybe because most Moroccans live in the nouvelle ville, not the ancient medinas.

Perhaps my favorite day we spent in Morocco was when we took a seven-hour train ride from Marrakech to Fez. The train reminded my mother of Italian trains of the 1960s and 70s—the seats were covered in plush, orange and brown fabric, the first class cabins had six seats, three facing each direction, and the luggage racks were a little unstable. We were still identifiably not Moroccan, with three suitcases and our stack of western novels, but for the first time on our whole trip I felt like I was doing something Moroccans were doing. For the first time, I was seeing their Morocco.

It was surprisingly lush, but in that way of desert-like spaces, the sky seemed to extend forever, rarely interrupted by the occasional building or Mediterranean Pine. We saw dogs walking alongside children who were playing by a river; we saw cows grazing. The ride was not simply an African pastoral—we went through industrial zones, cities, and towns we had never heard of and whose names we will not remember. No one asked us to buy anything.

One of my blockmates always says she has a “little boy fascination with trains.” She likes the way they move and how they work; she likes the idea of the conductor and the café car. I, too, have always liked trains. There’s something about the conceit of the train that is wrapped up with notions of possibility. You never know whom you will run into or meet; I have a friend who says that he likes to pretend to be Matt Damon on the train, that his identity is fluid—he can be anyone.

On the train from Marrakech to Fez, I met a girl who was going to Ribat to see her boyfriend. She was in her third year of university. She spoke almost incessantly on her cell phone to a girlfriend in a mix of French and Arabic—from what I understood, one of their mutual friends was saying things behind her back. She and I spoke for only a few minutes; she said her aunt lived in New York. Her hair was uncovered; she wore pearl earrings, skinny jeans, and a Hermes foulard.

“Au revoir,” she said, as she pulled her overnight bag down from the luggage rack, and that was that. We did not exchange telephone numbers or e-mail addresses; we did not become friends. The train lurched forward towards our destination, where we would once again be thrown into that other Morocco, the one intended for tourists, sort of like the plastic covering on top of a grandmother’s couch, where you can see the real fabric, but you’re never allowed to sit on it.