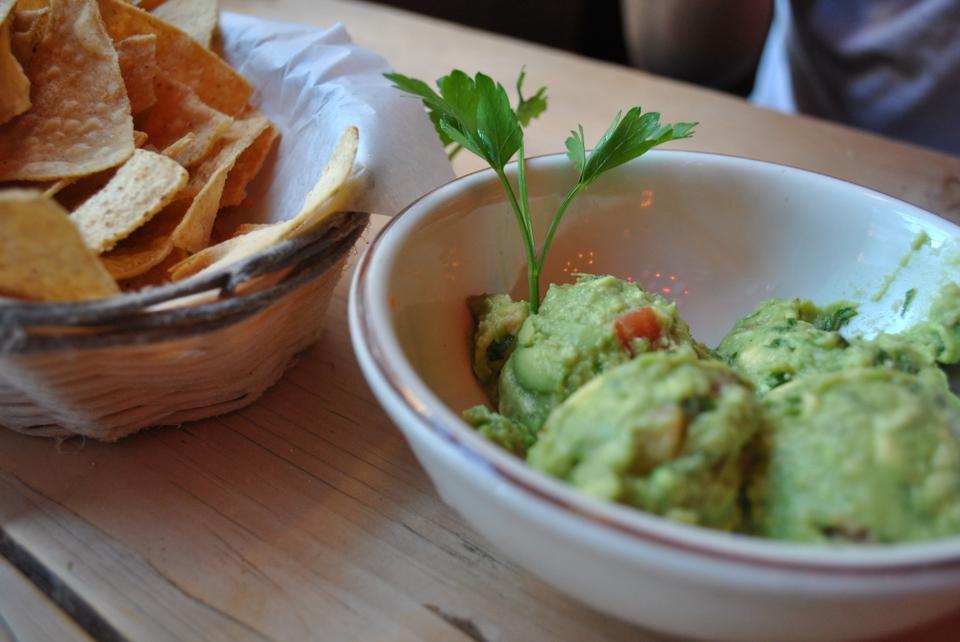 Guacamole in the Square

This week FM set out to examine which restaurant has the best guacamole in Harvard Square. From Border Café to Boloco we bring you the inside scoop on the guacamole goodness.
By Mark R. Jahnke

This week FM set out to examine which restaurant has the best guacamole in Harvard Square.  From Border Café to Boloco we bring you the inside scoop on the guacamole goodness.

Chipotle’s guacamole is quite well known and it certainly lived up to its reputation.  With a smooth, consistent texture and a fresh avocado flavor, this was a strong entrant.  We liked the balance of cilantro and lime.  While the guac lacked salt, the saltiness of the chips made up for it.

Felipe’s chips have a fresh tortilla flavour, with just a hint of salt and no lime and were our favorite.  This was a great complement to their guacamole, which was the best that we tasted.  With tomato chunks and plenty of onion and garlic notes, Felipe’s recipe provided a complex and nuanced flavor with many strong highlights.  Also the freshest.

Boloco’s chips were thick, but were not very fresh.  This was also a feature of their guac.  While it was the correct color, the flavor was strangely sour, indicating use of extra lime juice to keep it green longer.  The texture was creamy, almost too rich, and it included too much cilantro.  Like Chipotle, Boloco used the chips to provide the salty notes, but the overpowering flavor of the guac negated this choice.

Qdoba’s “hand smashed” guacamole was simple and clean in its flavor, presenting primarily avocado notes.  However, it also hit some sour notes, and the salt content of the guacamole was too much for the heavily salted chips, making the combination overall far too salty for our tastes.

Border Café presented us with the most unique of the guacamole and was the only one where the spice of the jalapeños could be detected in a subtle aftertaste.  It was the sweetest, with the least lime.  It was also the freshest of  the samples, having been made right before we got there.  We were impressed with the quality and flavors, but still found the complexity of Felipe’s more intriguing to the tongue.