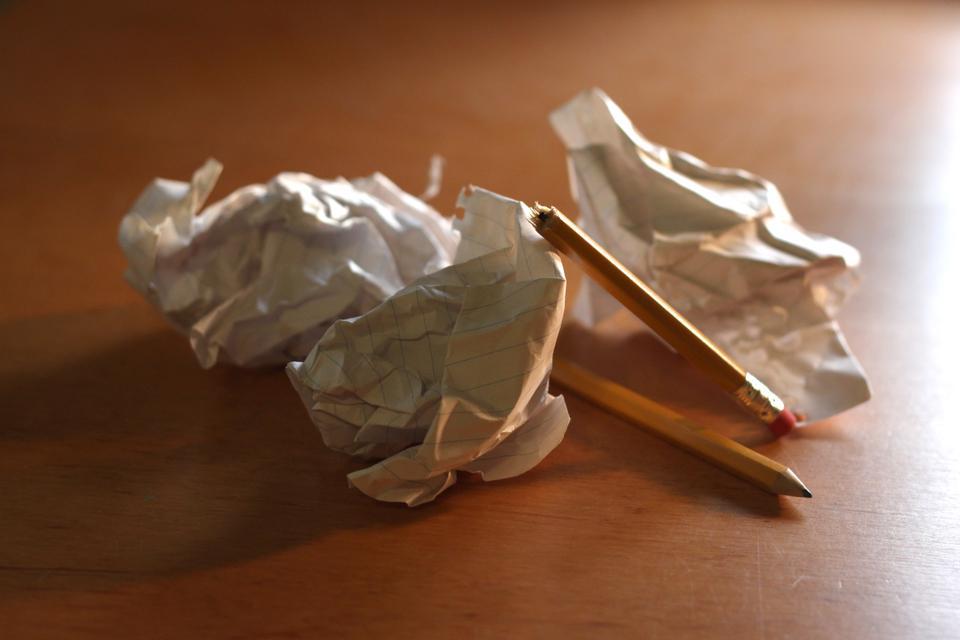 The veneers of literary organizations are sometimes considered off-putting to younger students and newer writers. Rumors circulate about the creative writing community’s exclusivity, competitiveness, and pretentiousness. But to what extent are the rumors true?
By Sophia V. Ohler and Indiana T. Seresin

People will tell you that creative writing at Harvard is an exclusive sphere. They say that the Advanced Fiction Workshop with Amy Hempel can be the literary equivalent of Math 55, that The Advocate is the final club for the Moleskine-wielding variety of Harvard student. And maybe there is some truth in these statements. You must comp The Advocate, The Lampoon, and The Crimson; introductory creative writing courses require an application. Even the two-week writers’ program to be conducted by Princeton Professor Evan W. Thomas ’73 and Harvard Overseer Walter S. Isaacson ’74 during Optional Winter Activities Week, which selected students via a lottery system, had fewer places than interested students. Meanwhile, the veneers of literary organizations are sometimes considered off-putting to younger students and newer writers. Rumors circulate about the creative writing community’s exclusivity, competitiveness, and pretentiousness. But to what extent are the rumors true?

Harvard’s Creative Writing Program is hardly unique in its selectivity. Many courses given by the Department of Visual and Environmental Studies (VES), for example, also require an application for admission. And while the Creative Writing website features words of encouragement for unsuccessful applicants—“Reapply the following semester ... you may fare better the next time”—VES’ chicly minimalist site offers no such consolation.

Whether or not students agree, Bret A. Johnston, the director of Harvard’s Creative Writing Program, finds the current number of classes offered sufficient. “In terms of creative writing courses,” he says, “the numbers are very much on the students’ side.”

Independent of creative writing courses, extracurricular writing communities defend their need to keep a certain standard in order to maintain their reputation and stimulate their members.

“An advanced poetry workshop should have a certain level of expectation because you want the people who do have more experience to be challenged,” says English concentrator Stephanie L. Newman ’13.

“The Lampoon can’t just accept everybody [because] at heart it’s publishing a humor magazine,” says Christopher Frugé ’13, a Lampoon member.

To an outsider, it may seem like the prerequisites for membership of Harvard’s creative writing community are tortoiseshell-rimmed glasses and a habit of rolling cigarettes, or, at the very least, the ability to discuss Derrida at length. Newman, who is planning to apply to write a creative thesis, says that despite her love for poetry, she initially thought Harvard’s literary community was somewhere she couldn’t belong. “Frankly, I was pretty intimidated and didn’t think I would fit in with people who smoked cigarettes inside and drank lots of wine and talked about literature,” she admits.

After becoming more involved with creative writing on campus, she found her initial impression was distorted. “I think it’s more a matter of people being open-minded and less critical of the aura of an organization than it is a matter of the organization trying to change itself and change its traditions,” says Newman.

The image is complicated by the perception that members of Harvard’s extracuricular literary scene dominate the workshops offered by the English department.

Johnston asserts that “an applicant’s publications have never and will never be a consideration” during the process of evaluating applications.

Frugé, a veteran of fiction and creative non-fiction workshops, says that he has found little overlap between his classes and the extracurricular writing scene. “For my basic [fiction class] I don’t think anyone did any kind of writing extracurricularly. For advanced, there was one person in The Advocate, and there was a journalist,” he says with a laugh.

STAYING ON TOP OF YOUR GAME

Frugé describes both the academic and extracurricular writing communities as demanding commitment above all else. “You just have to work incredibly hard, and you have to care a lot about it ... I think if people work hard they can definitely succeed.” He considers this for a moment, before politely adding that it helps to read a lot, too.

Even as a freshman, Tomi J. Adeyemi ’15 has established a place for herself within the creative writing scene on campus. She gained a coveted spot in Daniel J. Rubin’s screenwriting class and was also selected as the freshman musical’s book writer. “You have to be on top of your game, and you have to be seeking these opportunities out, otherwise they’ll slip from underneath you,” she says assuredly.

Frugé maintains that the Lampoon’s comp is an educational process. During the comp, he explains, “You’re writing several hours a week; you go and you show them, and they tell you what they like, what they don’t like ... the comp process is like a mini-writing community.”

The same benefits can be claimed of the application process required by creative writing classes. “When you have to do this whole application for a workshop and then you get it, you feel obligated to really work hard on your stories,” says Dektar.

But the story ends with neither comp nor application. Writing can, after all, take place outside a classroom or a magazine. “All writing helps one grow,” Johnston asserts, adding, “if a person wants to write, nothing is going to stop her.”