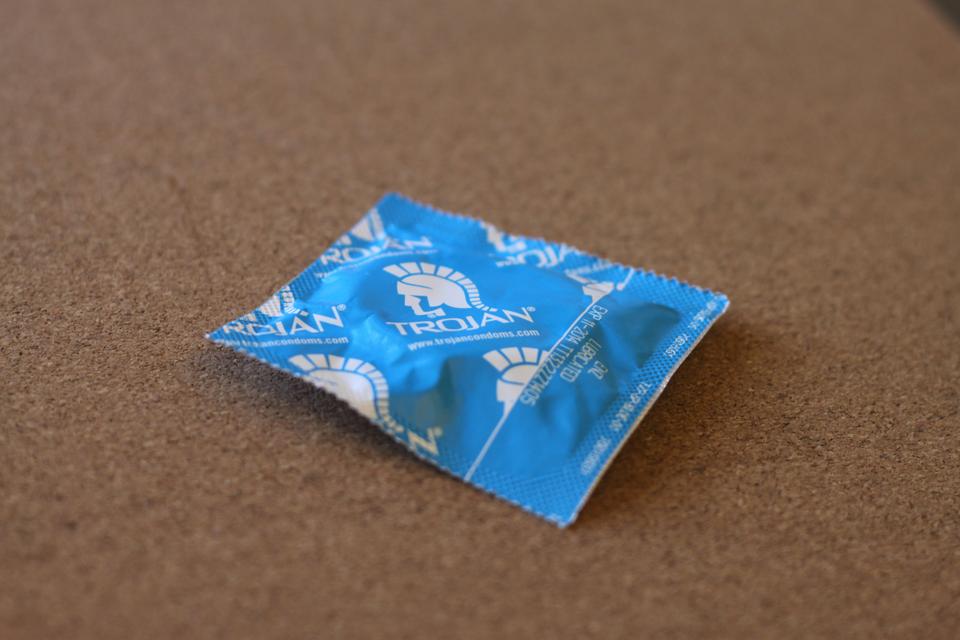 At the beginning of this academic year, every Harvard freshman received a flyer under his door inviting him to participate in the planning of this year’s “Sex Week.”
By Leslie B. Arffa

At the beginning of this academic year, every Harvard freshman received a flyer under his door inviting him to participate in the planning of this year’s “Sex Week.” The average freshman, newly-arrived to college–a place and time self-consciously associated with the sexual–can be excused, perhaps, for not knowing what an event entitled “Sex Week” entails.

And, to be fair to the freshmen, the answer is a complicated one: An explanation of what Sex Week is and where it comes from involves not only engaging in a discussion about sexual behavior on college campuses, but also in a larger debate about the importance of having those discussions in the first place.

Samantha A. Meier ’12 and Abby P. Sun ’13 first hatched the idea of Sex Week while eating lunch during the summer of 2011. A big idea crafted over a small meal, it would lead to a media frenzy (Meier and Sun landed on the front page of The New York Times) and an event that would attract over 2,000 Harvard students and the sponsorship of over 21 student groups and administrative offices.

Sexologist and author Logan Levkoff, who delivered last year’s Female Orgasm Seminar, characterizes her experience speaking at Harvard as “everything I could have hoped for and more.... I was delighted by the enthusiasm and participation.”

“It’s not how to give a great blow job,” Levkoff says. “This stuff forces us to consider who we are, how we were raised, how we perceive messages we’ve received or challenge them.”

Humbi Song ’13, the former president of the Radcliffe Union of Students, says that the organizers “did an incredible job last year.”

“The female orgasm seminar really pushed for an open, healthy discussion about people’s sexuality that sometimes can be lacking on college campuses,” Song says.

Although Sex Week was an overwhelmingly popular event on campus (one third of the undergraduate population attended at least one event) there are some who believe it is an inappropriate allocation of Harvard’s resources. The Harvard Society (formerly True Love Revolution), a student group dedicated to promoting abstinence before marriage, remains strongly opposed to Sex Week. The

“It’s an active promotion of an ‘anything goes’ mentality of sexual license and that is a message we are very concerned about. We think this has the power to do a great amount of damage to our classmates.”

McGlone went to the first event of Sex Week last year entitled “Spring Fever: Exploring Your Sexuality,” given by sexologist Megan Andelloux concerning sexual experimentation and “getting frisky.” McGlone says that he was “horrified, just horrified” by the discussion.

In response to such comments by the Anscombe Society Martha R. Farlow ’13, one of the co-presidents of Sexual Health Education and Advocacy throughout Harvard College (SHEATH), the group that Meier and Sun founded to put on Sex Week, says:

Both Sun and Meier stress that abstinence is a part of the conversation about sex, and point to an abstinence event and the asexuality event held during last year’s Sex Week as examples of their efforts to engage students in constructive dialogue about abstinence.

The Anscombe Society only counts about 20 active members, and Sex Week organizers and participants argue that overwhelmingly positive student surveys and the large student participation are indicators that the event is needed and desired on campus.

“Sex Week was never and is still not designed to promote one view of sexuality as the right view,” says Meier. Acknowledging the diversity of opinions about sex, Meier states that it is “crucial” to have conversations about sex because “whatever your sexuality is, you will have some sort of experience with it in your lifetime.”

While organizers stress that they have reached out to The Anscombe Society multiple times, Meier concedes, “Look, it would be incredibly hypocritical for a group that preaches consent to force someone to come to our event.... If they don’t want to participate that’s their choice.”

McGlone, for his part, finds the Sex Week emphasis on consent misleading–for him, sex is about more than that. He characterizes all sex before marriage, including consensual sex, as “fundamentally empty” and “fundamentally a lie...an act that by its nature reduces that person to just a mass of body parts.”

While continually emphasizing the importance of incorporating different ways of thinking about abstinence in one’s own life, Sun concedes that “these kinds of issues just speak more broadly to the national debate that’s happening right now on social issues, on how sexual education should be handled, and on what kinds of conversations we should be having.”

SERVING AS A MODEL

The Anscombe Society speaks for a small but vocal minority on campus, and it represents a larger demographic in other, more conservative areas of the country. Given the controversy generated by the topic of sexual education in the classroom and appropriate sexual behavior outside of it, Levkoff stresses the need for events similar to Sex Week at colleges nationwide.In response to criticisms such as those posed by The Anscombe Society, she says that “the message has to always be that sex and sexuality are part of us as human beings. Higher education is supposed to expose us and educate us to everything we encounter in our lives. Sex and sexuality are part of our lives and it’s important to tackle these things.”

Hazel A. Lever ’13, who also serves as a Peer Contraceptive Counselor, says that students would be surprised by the lack of basic sexual knowledge on campus.

“I would get questions about things you think Harvard students would just know...like ‘How can I get pregnant?’ and ‘What kinds of birth control are there?’”

One of the most important pieces of feedback received last year from administrators, especially doctors at UHS, was that “your events are awesome but we need to go more basic...We’re talking about sex as if everyone knows what a condom is and sometimes they don’t,” says Farlow. In response to such feedback, SHEATH has included a more basic sex ed. 101 event this year entitled “Take Control of Your Body!: A Sex Education Workshop.”

“Adults’ perception of college campuses is wrong,” says Levkoff. “We do a lot of talking and implying and our pop culture is chock full of sex and sexuality, but people would be surprised that, at the end of the day, we’re still really uncomfortable, anxious, and sometimes insecure when it comes to sex because of all these messages.”

“It’s something I would love to see every college have. I don’t know if it’s necessarily right for every college,” says Farlow. “But I can’t imagine a campus in which there’s such a sex-positive vibe, people are so educated, and there’s no sexual assault, that they couldn’t benefit from a Sex Week.”

Sun hopes that the publicity generated from Harvard’s Sex Week will “serve as a model to other schools.” Any student at a school in any region of the country can “read about us in The New York Times...and be able to say, ‘Look, they’re doing it too.’”

While it is impossible to predict if and when programs similar to Sex Week will be adopted at other college campuses, Harvard Sex Week and SHEATH are here to stay.

This year’s Sex Week will be held from Oct. 21 to Oct. 27, and will not feature any repeat speakers from last year.

This year’s Female Orgasm Seminar will be lead by sexologist Jill McDevitt, the founder of Feminique Boutique, a self described “sex-positive sex shop.” Lever says the week will conclude with “an overview kink fetish event” on the Saturday before Halloween.

Sex Week will also feature a few events aimed at freshmen, one of which is entitled “Unsupervised” and aims to address how to navigate relationships and sexual feelings without one’s parents in the picture.

Farlow says that they hope to reach out to populations that aren’t always present in large numbers at events like Sex Week, such as straight men. “Girls are more comfortable talking about sexuality than guys,” she says, “which is an interesting part of our culture...that guys are supposed to know everything, that they’re not supposed to have questions.”

Sun, who serves on the SHEATH board as chair of corporate sponsorship, says she has high hopes for this year’s events.

“What’s extraordinary about Sex Week is that it proved that college students are interested in having these conversations and that we’re capable of having them in an intelligent way, in a thoughtful way, in a way that’s inclusive.”

Meier, who currently works at the political news website PolicyMic, is glad to be able to step back from the project.

“It’s kind of freeing in a way to say I invested a lot of energy into this, but it was ultimately in a project that’s bigger than I am,” she says.

Sex Week will continue to embody the “values we’ve instilled in it, values of sensitivity to different communities, diversity of opinion, and introspective discussion,” says Meyer. “As for content, that’s up to future Harvard students.... I’m interested to see what happens.”