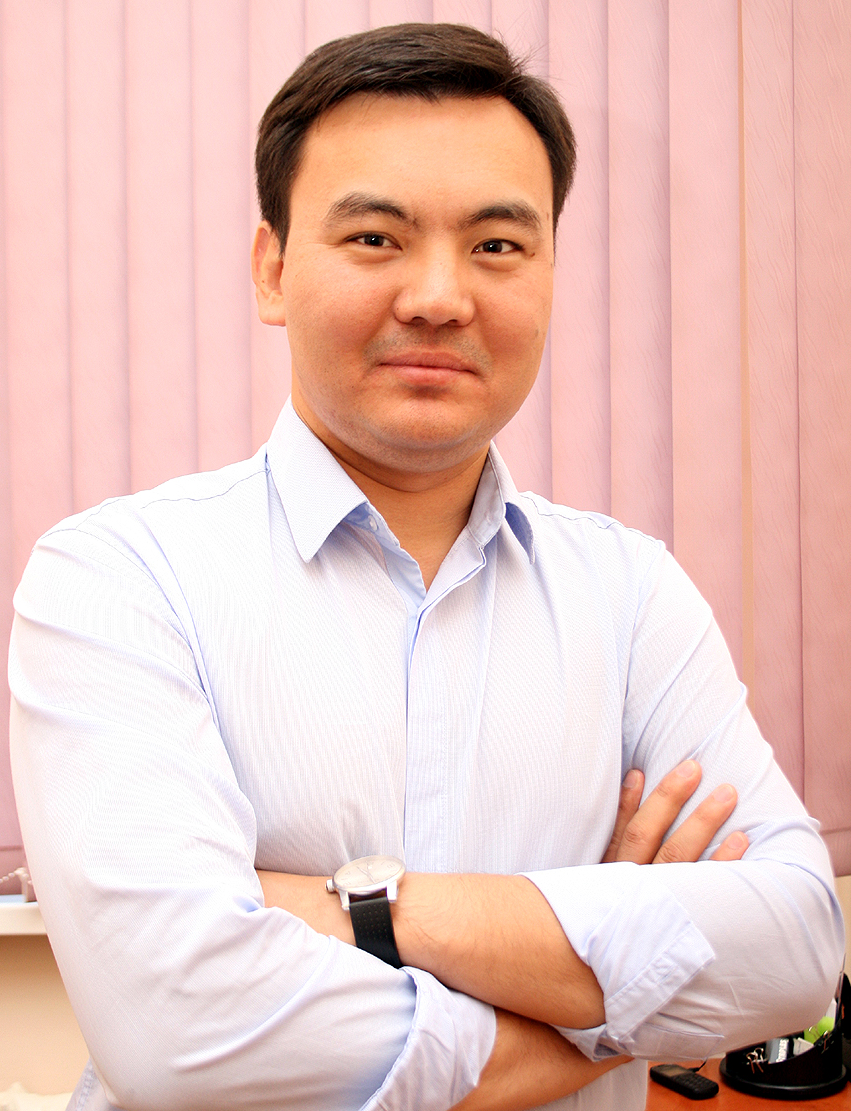 Rauan Kenzhekhanuly, a former fellow at the Weatherhead Center for International Affairs, has transformed the Kazakh language version of Wikipedia from a site with just four active editors and 7,000 articles to a thriving community of 250 editors monitoring 170,000 entries. Next up for Kenzhekhanuly’s Kazakhstan-based WikiBilim Foundation: Kazakh Google Translate. FM rung up Kazakhstan on Skype to talk about post-Soviet pride, Internet trolls, and whether Harvard profs ought to consider Wikipedia a credible source already.
By Julie M. Zauzmer

Rauan Kenzhekhanuly, a former fellow at the Weatherhead Center for International Affairs, has transformed the Kazakh language version of Wikipedia from a site with just four active editors and 7,000 articles to a thriving community of 250 editors monitoring 170,000 entries. Next up for Kenzhekhanuly’s Kazakhstan-based WikiBilim Foundation: Kazakh Google Translate. FM rung up Kazakhstan on Skype to talk about post-Soviet pride, Internet trolls, and whether Harvard profs ought to consider Wikipedia a credible source already.

1. Tell me how you first encountered Wikipedia and what made it important to you.

As a fellow at the fellows program at the Weatherhead Center for International Affairs at Harvard...I took courses at the Kennedy School and among them there was a course…all about new media, Wikipedia, and all this technology, journalism, public service, et cetera. So during that course we had an assignment to write an article for Wikipedia.... So getting acquainted with Wikipedia, with the so-called Wikimedia engine, and then I checked out how much articles we have in Kazakh language and people we have in the community who actually are continuing to develop Kazakh language Wikipedia. And I found out there are just 7,000 articles and four people who are continuing to edit articles on a regular basis.

2. And what made it so important to you to expand Wikipedia in Kazakh?

I went to the list of languages in Wikipedia to see how many languages are there and what they do. And that was a shock that there are 170 languages and as a matter of fact Kazakh language was at 127th place in the list. Then I read somewhere that actually this is an indicator of the wellbeing of the language…. When I come back, I discussed it with friends, and we decided to found WikiBilim Foundation. Bilim means knowledge….

Right now we are working for one and a half years. Our mission is to develop Kazakh language content in the internet, so we started with the Kazakh Wikipedia project. We approached the national encyclopedia, which is run by the government. We have a 10-volume pretty good encyclopedia. We convinced them that the whole Kazakh national encyclopedia should be online for free…. We organized a community to upload the encyclopedia into Wikipedia. It gave us something around 40,000 articles....

Our mission is to create community…to be able to run it without any support from any foundation or government….  I mentioned that there were only four people doing it at the beginning, and now we have around 250 people do it on a regular basis.

How many people work for your foundation?

3. And when you come in to work in the morning, your job is to boost the number of Wikipedia articles in Kazakh. What do you do on a typical day of work?

We are planning training sessions or presentations and then our people just go to the university campuses or institutions or to the scientific centers and explain what it is, how we should work together…. WikiBilim is not just Wikipedia. Actually I think we are headed to the end of this Kazakh Wikipedia project as a project…. We have around 170,000 articles.

Wow. So you’re well beyond the number that was in the national encyclopedia.

The national encyclopedia told us, you know what, we see that the community is really good and the articles are not bad, and they considered actually to use Kazakh Wikipedia to be in the next edition of the encyclopedia.

4. When you first started, did you have a goal for the number of articles you wanted to reach in Kazakh before you would consider the project a success?

Yes. We started the project last year, and it was 20th anniversary of independence of Kazakhstan. Since we were approaching the government, we came up with this idea of 200,000 articles and convincing them that it was going to be our present for the 20th anniversary of the country.... We are almost there….

5. Do you think that Harvard professors should let their students cite Wikipedia in their research as a source?

It’s hard to say that. I still don’t believe that Wikipedia should be considered as a source to, you know, cite in academic works. But at the same time, many tests reveal that the reliability of articles in Wikipedia is pretty strong.... Use it as a source to check out information. But when it comes to citing, it’s difficult to say.

6. Do you write Wikipedia articles yourself, and if so, what are they about?

The article about Harvard University in Kazakh was mine.

7. Do you think Wikipedia is accurate more or less often than traditional encyclopedias?

It is difficult to say that it’s accurate, but it is just bigger. It’s more comprehensive. And it’s updated all the time. So if you have the national encyclopedia or the regular encyclopedia, the best you can do is publish it every year, which is expensive, right? … The greatest thing about Wikipedia is that you can update it all the time. For example, during this last Olympics, how fast people were updating or creating articles about champions. Actually newspapers were taking information from Kazakh Wikipedia to write about the Olympic Games and about champions and events. What they did and where they came from or how they got to the Olympic Games, et cetera.

8. So what made this matter to you? What made it your cause?

All of the activities were driven by the mission to develop our mother tongue. You know that Kazakhstan…was a part of the Soviet Union. And at that time the mother tongue in this country and in other countries in the region, they were not developed. They did not add much to the development of the language. And now the last two decades, we are trying to revitalize the language and to give a second glance to the language. And I really believe that’s the power of online and all this. Crowdsourcing projects like Wikipedia or Google Translate can help this mission, and it can be done by people.

9. Is the language threatened? Are fewer people speaking it?

It’s not among languages that are in danger or something. But the country, we are a bilingual society. By constitution we have one state language, which is Kazakh, and an additional language, which is Russian. If you go online, it’s quite difficult to find much information in Kazakh. In a way, people try to use their mother tongue for education, for professional life, et cetera. But since there is a lack of contemporary or up-to-date information in your own language, you should go to other languages, Russian language or English. And I feel that we are kind of pushing people from the circle of their own language and pushing them to another language environment. Once they leave their own language environment for Russian or for English, it’s very difficult to come back. And that is why sometimes with children, the Kazakh language is more, let’s say, home usage, right? People use the tongue, but when you go for professional information or for higher education, for science, it’s not enough.

So this is really a matter of national pride? Of having an independent national language?

10. Well, I have one final question for you. In Kazakhstan, do you have Wikipedia races?

[Editor’s Note: Tragically, the weak Skype connection between 14 Plympton Street and Kazakhstan gave out altogether as soon as this question was asked. His answer? The world may never know.]