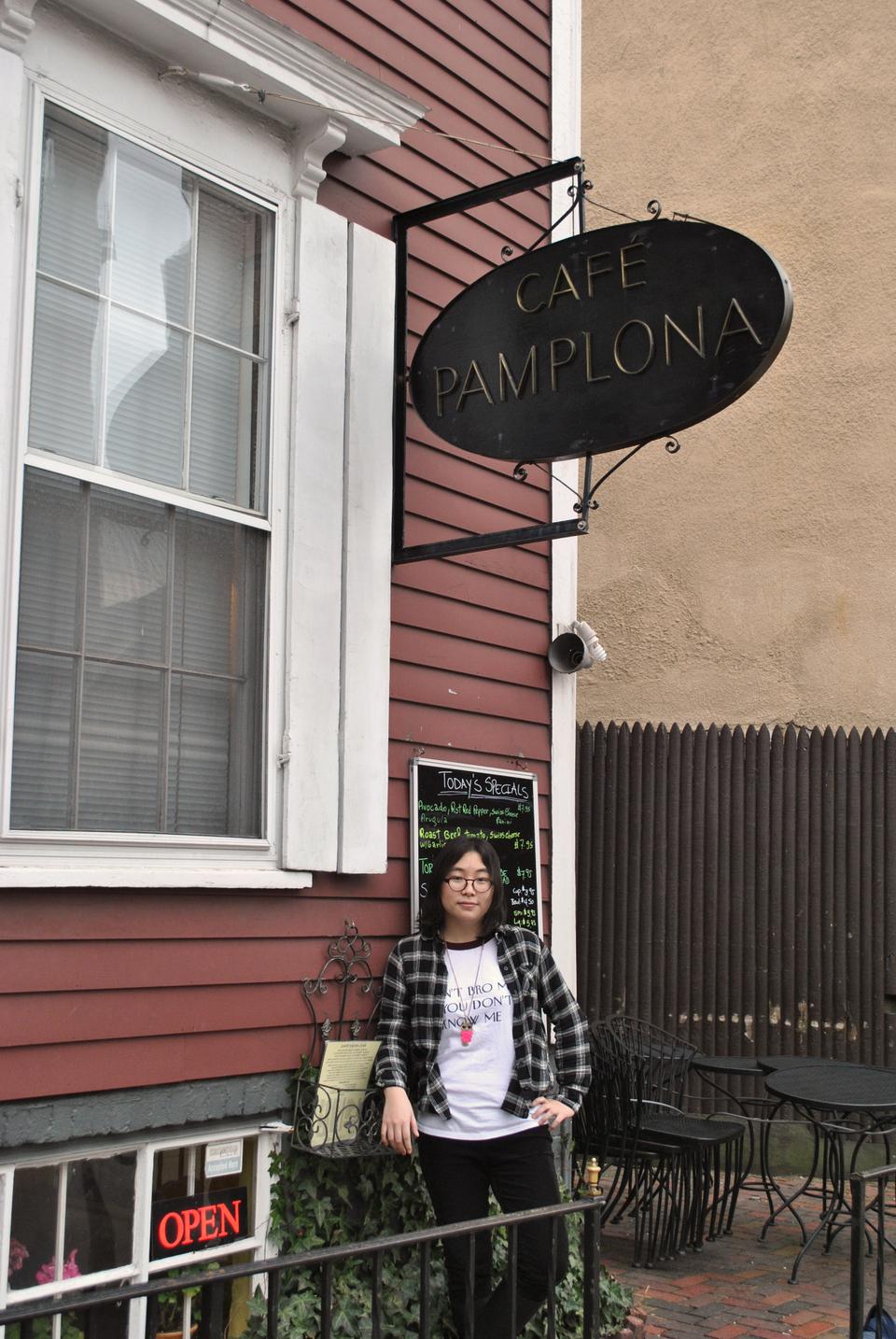 I spend a stupid amount of time being nostalgic.
By Susie Y. Kim

I spend a stupid amount of time being nostalgic.

When I’m feeling particularly guilty for it, I justify the pastime with the following:

1) Nostalgia is the appreciation of memories;

4) Nostalgia is a way of appreciating beauty.

The argument’s philosophical pitfalls aside, it reminds me that memories are derived from experiences, and this means that there must be an aspect of beauty in the present that I’m failing to acknowledge by focusing on beauty situated in the past. The implications of the argument work against the argument itself.

Though I’ve been trying my best to ignore it, these days I’m plagued by an anxiety about the future, a feeling enmeshed in the knowledge that most of my friends will be done with their undergraduate degrees in less than three months, that I will be left behind by them as I finish up the second semester of my senior year in the fall, and that, after May, my life as it is now will be pared down to memories.

When I try to picture how I might tell the story of my present at some point in the future, the recurring setting is that little café on Bow Street, so close to 14 Plympton, the place the former managing editor and I sometimes called “the café.” We both know this is a ludicrous moniker, and not just because the newsroom met its use with cruel ridicule. I’m fully aware that it’s a silly idea, that a place that just serves coffee can be so special that it deserves a definite particle. And of course I’m also aware of the absurdity inherent in the fact that I’ve probably spent more of my waking undergraduate hours in a single coffee shop than I have in libraries, lectures, and my various dorm rooms combined.

This beloved café of mine, Café Pamplona, probably looks like a pretty shitty coffee shop to a lot of people. The place is objectively cramped and badly lit, and most of the wait staff are more shy than welcoming. When you walk in, a couple of “creepy” foreigners—one of whom is unmistakably bald, though he might claim otherwise—are probably speaking loudly to each other in Spanish—maybe even singing loudly in Spanish—and in the afternoon when the place is full, it’s near impossible to get from the door to the back of the café where the only open tables invariably are.

But to me, and to many of my friends who are so-called regulars, it’s cozy and warm; the wait staff and we are on a first-name basis. The foreigners are the loveable Colombians and two of our closest friends, David and Saul, and the “open” table at the back of the room isn’t really empty: there’s already at least one friend sitting there, and happy to see us.

I hesitate to call our gathering a “café community,” because that phrase seems reductive somehow. We’re prone to thinking of ourselves as an institution because of the sense of permanence we feel in the café; but there’s also something very organic and spontaneous in our continued friendship. We never sat down and decided that this would be our café where all our best friends congregate. Something about who we are led us all there, and kept us around.

The café does attract a certain “type”: we tend to study some form of philosophy, critical theory, or literature; we get off on indulging in pretentious “thought boners”—a term coined by David just the other day—and need other thinkers to, uh, penetrate; and yet most of us are unabashedly irrational in our devotion to cigarettes, rolled or imported. We do our readings and write our papers at the café because we’re incapable of conceiving of work as separate from leisure, and of beauty as separate from love.

Who would be able to put up with or even sympathize with this kind of bullshit, other than us? We’ve really just been stuck with each other, and I’m glad for it. What matters to me most of all is that they—the  people, the bullshit, the café, all of it—have made my years here beautiful. Though I regret to witness the approaching end of this tale, ultimately I am thankful to add the four-year epic that took place in an unassuming basement café to my modest collection of memories:

Hopelessly idealistic and full of love, as freshmen or as sophomores we all gravitated towards this place that seemed to offer us some sort of synthesis. We would sit together on the patio as the warm rays of the spring sun fell on the yellow parasols, books held open, and cigarettes idly burning away between our fingers to mark the passage of time. Though we won’t know for a long time how or why, we will smile, as though our parted lips felt before us the beauty we had found here.

—Susie Y. Kim ’12, a former Arts Chair, is a joint concentrator in philosophy and literature. She wrote the majority of this endpaper in Café Pamplona.