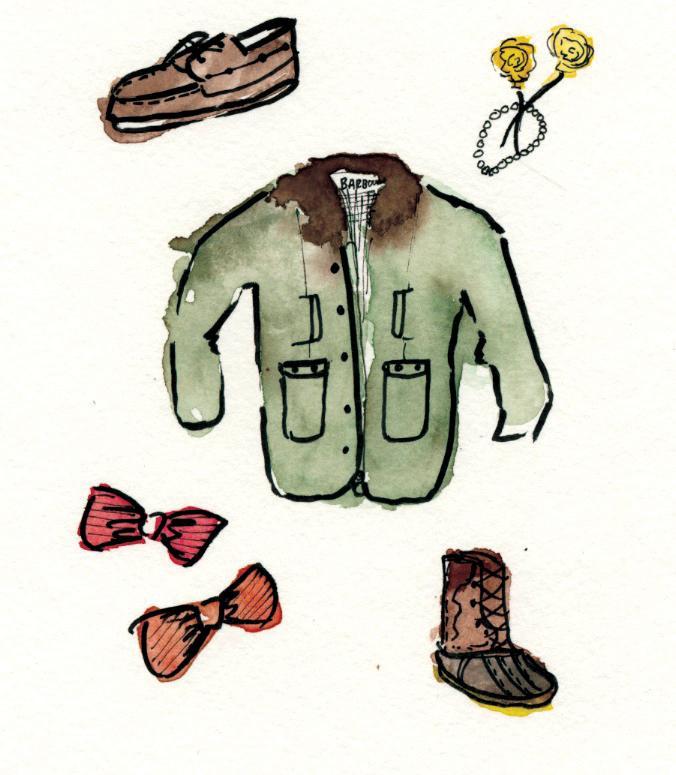 Prep is about much more than pedigree; it's a consummate lifestyle that reveals itself in sharpness of attire, specificity of comma placement, and musical selection.
By Rachel Gibian

Prep is about much more than pedigree; it's a consummate lifestyle that reveals itself in sharpness of attire, specificity of comma placement, and musical selection.

We at FM have identified some Cape-ready crooners to mirror the patrician appeal of perfectly-cuffed Nantucket reds. The substance of the songs is of little import; after all, in this case, it's all about the presentation. With a pinky wiggle and beat-timed shimmy, a reminder: Nothing sounds as good as preppy looks.

"Ladies of Cambridge" By Vampire Weekend

These lads from Columbia have become the figureheads of the prep movement. Appropriately, their musical catalogue reads like a guide for all who aspire to the dapper lifestyle. (Exempli gratia, university sweatshirts are deemed an "absolute horror.") With so many choice references, it’s difficult to choose just one song, so we’ll settle for a tie between "Ladies of Cambridge"—for ego's sake—and "Walcott" for the enlightening lyrics. "Fuck the women from Wellesley"—that is what it says, right? Let's just go with that.

"So Fresh So Clean" by Outkast

Sometimes the title really does say it all.

This song isn't about rowing, but it could be. So let's be generous here: The very fact that Harvard is mentioned in this rap should be enough to include this one on the list.

Looking back at your summers on Cape Cod, you might recall Cape Dory, the now-defunct yacht-building company from Massachusetts. If not, the lyrics to this song will probably not help you. But take a clue from the band name: We are definitely in preppy territory. It's practically a match made in heaven, if you’ll forgive the pun.

"I Get a Kick Out of You" by Frank Sinatra

Forgive me this last indulgence, but whenever I hear any song by Frank Sinatra—or anything written by Cole Porter, for that matter—I am inevitably reminded of my English tutor from Hotchkiss. You never forget the person who introduced you to "The Great Gatsby," and this, in my mind, always felt like the right soundtrack. Beat on against the current, boats, beat on.