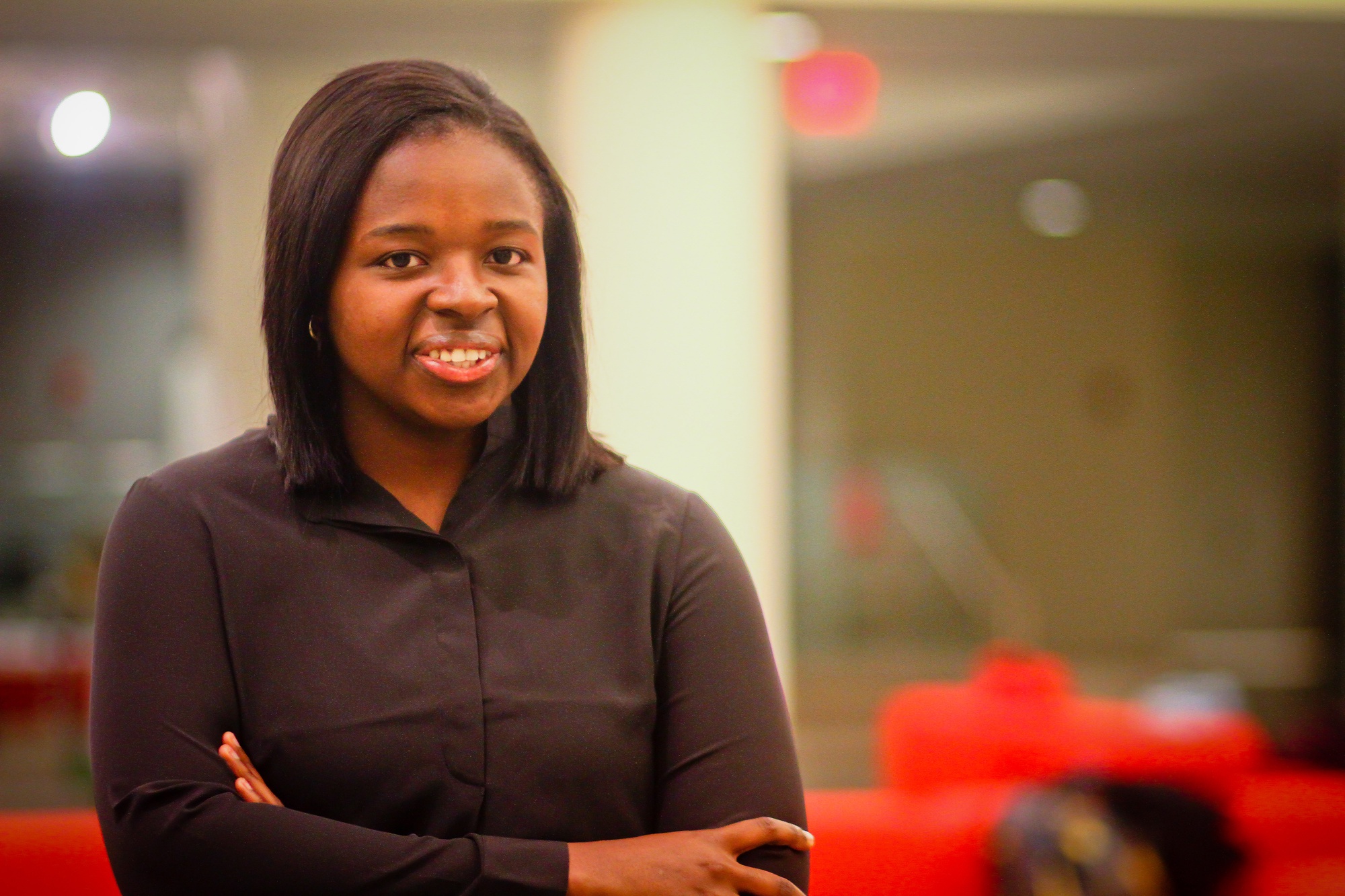 The year was 2012 and, as Election Day nestled into nighttime, ImeIme A. Umana ’14, her friends, and dozens of other students flocked to the Institute of Politics’ John F. Kennedy, Jr. Forum.
By Valeria M. Pelet

The year was 2012 and, as Election Day nestled into nighttime, ImeIme A. Umana ’14, her friends, and dozens of other students flocked to the Institute of Politics’ John F. Kennedy, Jr. Forum. Votes rolled in and the result was clear: “Four More Years.” Overwhelming tears matched the celebratory balloons that dropped from the Forum’s ceiling. Five days later, Umana would go on to win the IOP Presidency, but for this result, she would not cry.

“I only cried for Obama. You can only cry in public a few times a year, right? There’s definitely a cap, or else people think there’s something wrong with you,” Umana says with an affable laugh.

Umana pauses while she speaks, letting the weight of her words sit on her tongue before casting them off. The native Pennsylvanian shows a level of selfassuredness and worldliness that could only be gained from experiences like the one she had this past summer, when she worked for DC’s Public Defender Service as a criminal law investigative intern.

Examining cases on the ground, Umana interviewed witnesses, served subpoenas, and took statements, among a whole range of investigative tasks. Unfortunately, due to the nature of the internship, Umana cannot disclose more than what you would find on a synopsis of a Law and Order episode.

A joint government and African American studies concentrator, Umana recognizes how, before her internship, she was distanced from issues she cared about, like mass incarceration, welfare, and voter identification laws.

“It’s very easy to presume that you know a lot about urban communities and the troubles they face,” she explains. “I read ‘The New Jim Crow,’ and I read ‘Sister Citizen,’ and I read ‘Killing the Black Body,’ and I’ve watched all of these documentaries, and I’ve written all these papers, but the internship, really, in just a few days, showed me how little I actually did know about the realities of the situation and urban America.”

Besides her work as IOP President, Umana has been working at Harvard’s own Hiphop Archive and teaching fifth graders civics classes through the IOP. She calls the latter “the best hour of [her] week.”

Umana recalls a moment last year that reiterated the importance of reexamining her assumptions. While she was teaching a class on the Second Amendment, one of the students, “very casually” revealed that her cousin had been shot a few weekends prior. For Umana, that made teaching the Second Amendment “a whole different beast.”

“I didn’t realize [civics] could be so personal and so alive for a lot of the students,” she reflects. “It taught me sensitivity in teaching but it also taught me, like the public defender’s service, to not assume certain backgrounds, certain reactions, certain lived experiences.”

Umana mentions that, above all, her internship taught her about tackling these immense issues with “a humble attitude.” She believes that, even though these overwhelming issues are easy to get angry about, they’re even easier to brush aside. However, in Umana’s eyes, getting mad leads to being constructive.

Inspiring people to think, then, is Umana’s gateway to change. Much of her passion, she claims, stems from classes she’s taken during her time at Harvard. She highlights African American Studies 178: Health, Society, and Subjectivity in the American Context, for showing her just “how passive racism, racial prejudice, and stigma can be.” Because of its passivity, she elaborates, “it’s able to permeate society, and that’s a problem, and that’s why you have to actively engage with it and actively go after discussing it and doing something about it.”

Now, Umana is mainly working on her thesis, which deals with the racial components of voter identification laws. Using the distance of ID granting institutions as a proxy for burden, she wants to explore the quantifiable aspects behind trends suggesting that these laws are disadvantaging Hispanics, blacks, and people of low income.

After graduation, Umana sees herself pursuing criminal law and public policy, whether that entails taking on an investigative job, going to law school, or conducting more research on criminal justice.

Before offering the professional answer, however, she replies, “Changing the world. Trying to change the world. But realistically… Oh, wait—that is realistic.”