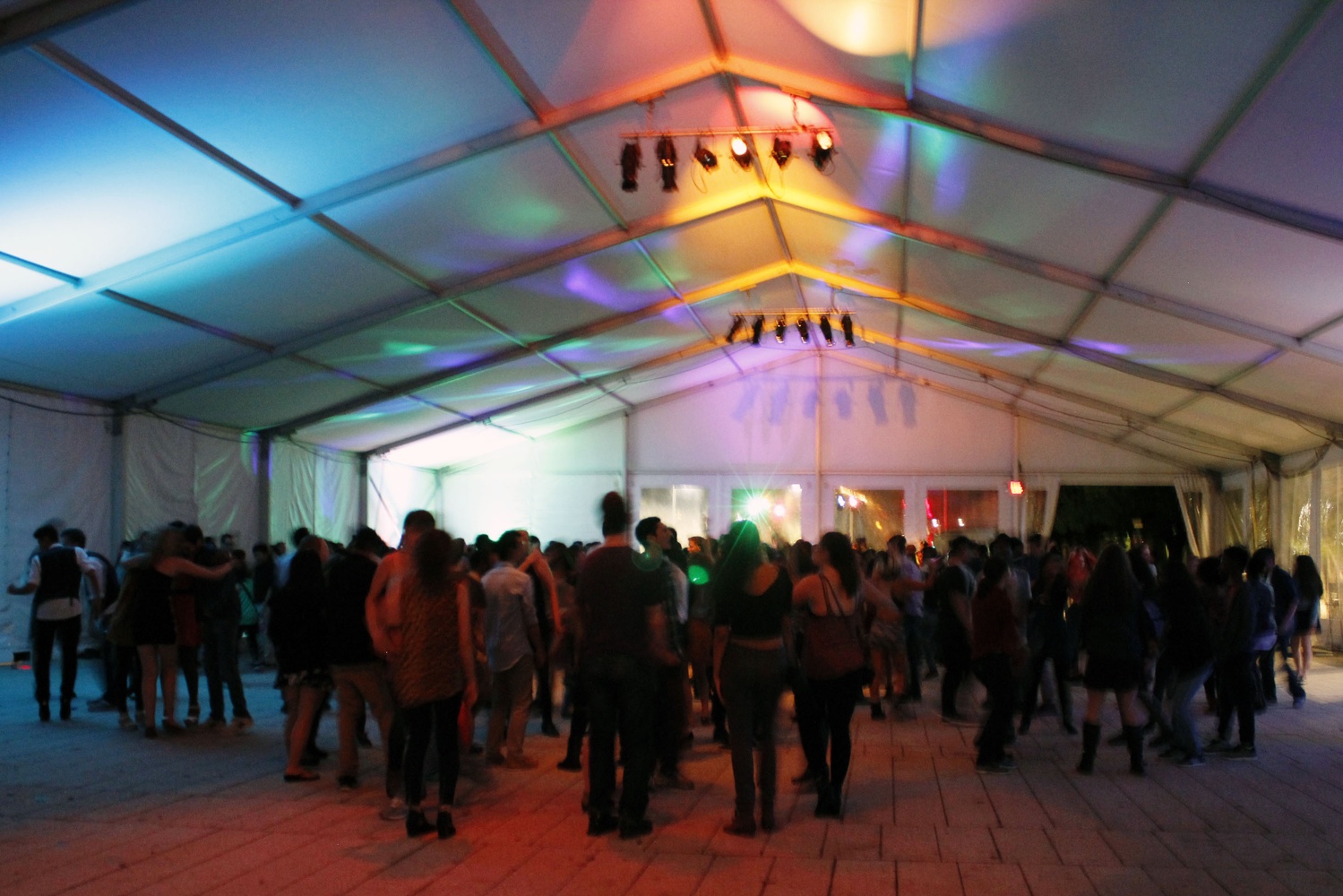 Fill in the [BLANK]

The typical packs of wandering students are out again on a Friday night. They’re shouting joyfully, crossing paths, calling out plans, and marching on, full of hope and the right amount of drinks. Tonight, there is a visible purpose in the flow of people. They’re migrating towards the colored lights and thumping bass line that beckon from the Science Center Plaza.
By Liana E. Yamin

The typical packs of wandering students are out again on a Friday night. They’re shouting joyfully, crossing paths, calling out plans, and marching on, full of hope and the right amount of drinks. Tonight, there is a visible purpose in the flow of people. They’re migrating towards the colored lights and thumping bass line that beckon from the Science Center Plaza. My group follows through the gates.

Yesterday, I sat across from Avni Nahar ’17 and Cecilia Laguarda ’17 on the eve of the much hyped [BLANK] Party to learn more about the initiative. They were two of the many organizers who put on the free, inclusive campus party at which I find myself this Friday night. It was clear from our conversation that throwing an open party takes work. The team had been working closely with a “very supportive administration” since shopping week to acquire the space, funding, HUPD involvement, and more. “We want this party to be whatever students want it to be,” Nahar says.

So why the [BLANK]? “It’s important to us that women get to be throwing the party, but it’s not important that you are affiliated with any of our organizations,” Laguarda says. “Putting any of the organization’s names in the party wasn’t really the idea.”

Nahar echoed the sentiment. “It’s important that we as women have ownership over a social space, and extend that space to anyone who chooses to be a part of it, regardless of anything else,” she says.

My group is greeted by Nahar at the opening of the white tent. I drag my two male friends visiting from North Carolina with me into the crowd, where the giddy vibe is reminiscent of the dance floor at prom night. Kid from Orgo section? Dance with me. Senior teammate? Dance with me. Girl I just met? Dance with me. I think back to my conversation yesterday. “Everyone is welcome. We want everyone to feel like it is their party, and their space to enjoy for the night,” Laguarda had explained.

Harvard, things take a long time to change. But

I think the conversations, and the number of people who have been talking about it, [have] been really encouraging to see,” Laguarda says. Nahar agreed, thinking back to the differences she’s noticed over the years. “I think when I came here as a freshman, there was really not that much critical thinking happening about social spaces. The social scene was just the norm, and not really something to be discussed further.”

Amidst the sweat and dancing, I notice something happening around me. Everyone out tonight has the same goal in mind. To see people we know. To meet others we don’t. To move, uninhibited, to music we love. To feel safe and at ease, not judged or questioned. That’s all we need. A blank slate with the simple things.

The sharp October air tonight feels like youth and change. Yesterday, Nahar had said she was hopeful for what tonight could mean for the future. “I think in the planning of this event, we always hoped that if everything goes well, this is something that can become a recurring part of the Harvard social scene.”