To Teach A Teacher: Harvard’s Alternative to Teach for America 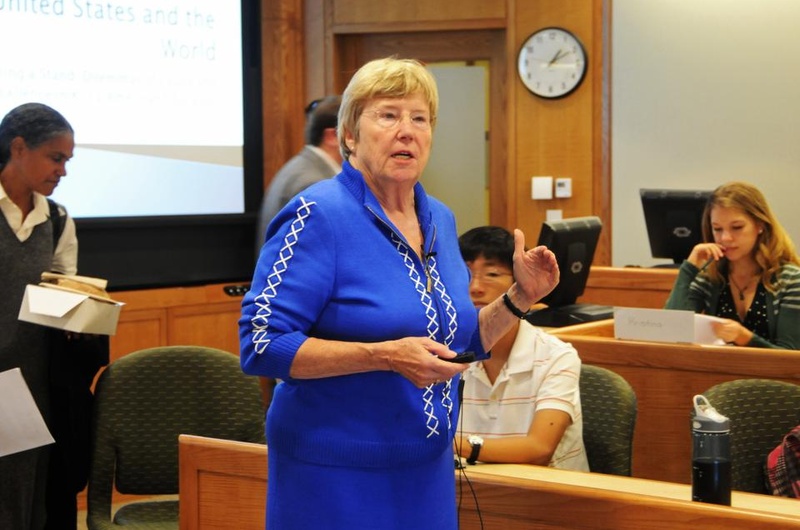 Beginning with graduating seniors in the College’s Class of 2016, leaders at Harvard’s Graduate School of Education hope to redefine American standards and practices for educator preparation with a new model of teacher training.

With the program, dubbed the Harvard Teacher Fellows, Harvard will join institutions like Yale, Brown, Stanford, and the University of Texas in offering prospective educators an alternative to organizations like Teach for America.

On-campus student groups, including Students for Education Reform and the Student Labor Action Movement, have been vocal and active in both their support of and objections to various programs.

In particular, TFA has faced criticism regarding its two-year commitment for corps members and what detractors call the lack of adequate support and training it gives educators before placing them in schools. In protest of TFA’s alleged faults, SLAM publicly demanded that Harvard sever its ties to the organization last fall.

While still maintaining collaborative partnerships with TFA, Harvard’s pre-professional Undergraduate Teacher Education Program, the Cambridge-Harvard Summer Academy, and the graduate-level Teacher Education Program, the architects of HTF seek to improve upon shortcomings in existing models for teacher preparation, as well as to recruit College students dedicated to the field. Meanwhile, teaching-minded seniors face a vast array of options in pursuing the best route towards becoming impactful educators themselves.

MOVING AWAY FROM ‘SINK-OR-SWIM’

HTF is designed to address what organizers call a relative lack of support in most teacher training models, both during the program and after its completion, HTF’s directors said.

“There’s too much sink-or-swim in teacher education,” said Stephen R. Mahoney, the program’s associate director. “That’s very much the chapter that’s opening about school improvement and school reform. How do we make it so that every school has great teachers? Because right now, we don’t have that.”

HTF, which will accept applications from the Class of 2016 until Oct. 28, will engage Harvard students in the second semester of their senior year, with selected students taking a foundational course in the spring and remaining at Harvard for a summer-long training program following Commencement. In September, they will be deployed to partner school networks and districts where they will teach in a classroom, though with only a 60 percent workload.

Fellows will then come back to Cambridge for a second summer of professional development for additional support before they return to classrooms. Upon a second year of teaching and program completion, fellows will continue to have support and connections to HTF for the next few years of their careers.

HTF Director Eric H. Shed lauded the program’s ideological approach to what has been a partisan area in the field of education.

“Philosophically, I think Steve and I have a shared belief in that we’re interested in what works,” Shed said. “That’s one of the ways in which we can really take the lead, is borrowing from everybody and breaking down the typical schisms that you see in education policy and practice.”

According to Ed School senior lecturer Katherine K. Merseth, the director of the graduate-level Teaching Education Program, HTF has been in development since 2003. She attributed administrative support for the program’s launch to Dean James E. Ryan’s arrival two years ago. But even with a decade of planning behind the program, more financial resources were ultimately necessary to get HTF off the ground.

For her part, University President Drew G. Faust said students reached out to her requesting more opportunities for teaching beginning when she was first named president in 2007.

“What students wanted to talk to me about was...[how] no one told them that it was a valued and respected thing to be a teacher,” Faust said in an interview this month. “I’ve felt that we could underscore the value of this career choice and also provide really excellent preparation for students given the strength of the Ed School.”

Although both HTF and TFA say they seek to recruit and place high-quality, devoted teachers in low-income communities around the country, they differ in their implementation methods, as well as their expectations for teachers upon completion of the programs.

Merseth said that while TFA conducts six weeks of intensive training, which can overwhelm some corps members, HTF provides a more paced, in-depth training model over two summers to maximize the time fellows have with master teachers in residence.

By investing more time and resources into the experience and training of fellows, a greater time commitment is expected of them following program completion than at other prestigious teacher preparation programs, Merseth added.

“One of the criticisms of Teach for America is that it was just a resume-builder and that people were using disadvantaged children to their own advantage,” Merseth said. “We’re not looking for a lifetime commitment, but something more [than two years].”

Laura K. Brennan ’16, who completed UTEP last year and intends to pursue teaching upon graduation, said she sees HTF as a better alternative to TFA, pointing to the smaller, more personalized model and the larger resource base for fellows.

“A lot of [TFA] teachers quit after the first year because they feel like they’re drowning and...don’t have a lot of support,” Brennan said. “Regardless of whether or not you’re for or against TFA, it’s undeniable that Harvard Teacher Fellows does eliminate the parts of TFA that are very controversial.”

For her part, TFA Chief Executive Officer Elisa Villanueva Beard defends her program, saying that most young college graduates realistically do not envision holding one form of employment indefinitely. In under-resourced school districts, she said in an interview on a visit to Harvard, there is a high rate of turnover and more difficulty in attracting talent.

“Those days are over when we’re asking anybody to commit to anything for a lifetime,” Beard said. “I think it’s easy to critique an organization because we’re organized...but I don’t think it’s fair.”

Beard added that TFA gives special focus to public service, encouraging what she described as passion to serve children and schools in low-income areas, regardless of whether corps members ultimately decide to continue teaching as a career. TFA alums entering other fields like government, policy, or medicine can apply their understanding gained from working in underserved communities, and that benefits education on a more nuanced level, Beard said.

“Our entire theory of change is not that folks are going to stay in education for the rest of their lives,” Beard said. “It’s going to take people at every level of our society and sector beating a drum about this.”

While HTF and TFA each target Harvard undergraduates for recruitment, the leaders for each program expressed mutual sentiments of support.

“It’s not a zero-sum game,” Sohn said. “If anything, both of our organizations will get more people into our respective organizations because we’re contributing to a growing public service consciousness on campus.”

Characterizing the relationship between TFA and HTF as complementary rather than adversarial, Shed, the HTF director, said TFA’s longer history, compared to HTF’s inaugural year with a smaller class of fellows, places the two programs in different arenas.

“TFA has a national reach in terms of the students they deal with and deals with thousands and thousands of students. We’re trying to grow from a program of about 25 students to 100,” Shed said. “I don’t think there’s ever going to be that sort of real, direct competition.”

Beard also said that she has been in communication with Ryan, the dean of the Ed School, as HTF and TFA hope to meet different demands in education preparation.

“We’re deeply supportive of each other's’ charges and missions, which are quite different,” Beard said. “There really is no silver bullet. Not one solution is going to solve this.”

Beth A. Simpson, the director of UTEP, said she encourages her advisees to choose whichever model best fits their learning styles and interests, whether that is UTEP, TFA, HTF, or some combination of more than one program.

Leaders in HTF’s development aim to make a larger impact on teacher education beyond Harvard’s campus, and even beyond Cambridge. By utilizing a system of national partner networks, HTF has the potential to set new standards in teacher education on a national level, Merseth said.

“There’s a bigger role here which is for Harvard to play, as a respected leader, and people look to Harvard and see what we’re doing,” Merseth said. “There’s a bit of what I call a ‘lighthouse effect.’”

“Finding high quality mentor teachers to help train novice teachers is very difficult to do. It’s a tough job not only to be a teacher, but also to be a teacher of teachers,” Star said. “We’ve decided to try something new, which is to not be limited by that geographic proximity and to just look for the right kind of partners in terms of schools or districts.”

Fellows will be placed in clusters within the partner network schools based on a combination of fellow and school preference and equal distribution of subject areas, according to Mahoney. Thus far, Leadership Public Schools in California has been solidified as the first partner work, and several others are in negotiation in cities like Dallas-Fort Worth, Denver, New York City, and most recently Boston. Every school network is located in urban, under-resourced communities, Mahoney said.

“Every school network or district that we’ve contacted is absolutely interested in being a part of HTF,” Mahoney said. “The trick here is to have some geographic diversity so that we do have a national impact as a program.”

Fellows will also be encouraged and expected to remain teaching at their partner schools or districts for a four to seven year commitment, Mahoney said.

Merseth highlighted the increasing adaptation and implementation of the University of Texas’s UTeach Institute model in schools as an example of how HTF’s influence might spread to other universities.

“My dream is that other universities will look at the model that we are developing here with the Harvard Teacher Fellowship and do their own,” Merseth said. “There’s precedent for this kind of ‘copy-catting,’ and I think that’s great.”

An information session for HTF will take place on Oct. 19, and the program will accept applications from the Class of 2016 until Oct. 28.