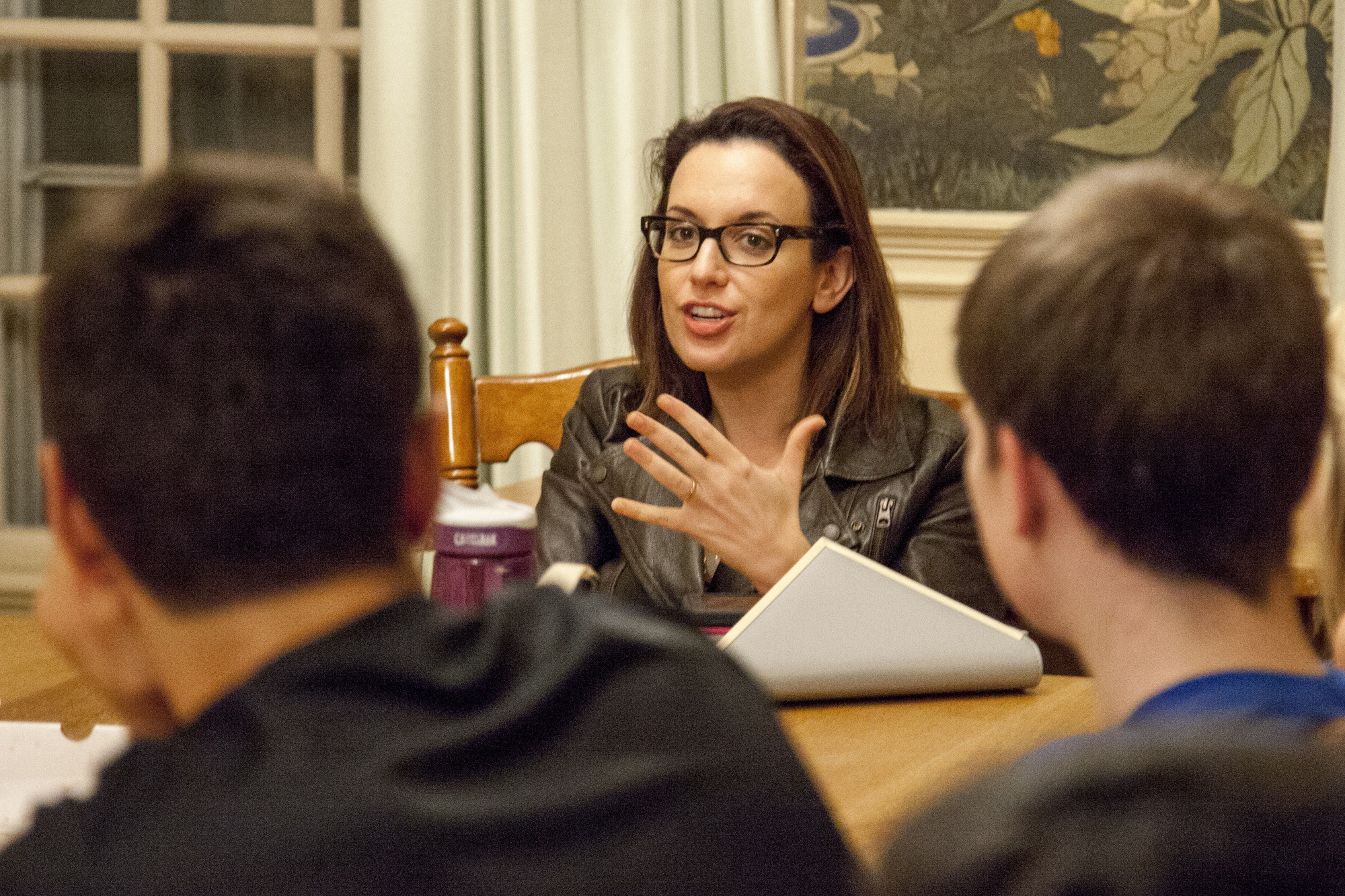 Back to Her Roots

This week, the Harvard Texas Club hosted Sarah Isgur Flores, the deputy campaign manager for Carly Fiorina's 2016 presidential run. FM sits down with her and talks about Texas, 'The West Wing,' and the fast-paced world of campaign politics.
By Sadie C. Pate and Drew C. Pendergrass

True southerners are a rare breed at Harvard, but many find a home in the Texas Club, a social group for Texans and lone star state enthusiasts. This week, the club played host to Sarah Isgur Flores, deputy campaign manager for Carly Fiorina’s 2016 presidential run. Flores also happens to be from Texas.

In addition to hosting dinners with succesful Texans, the club organizes more casual get-togethers. Berkeley E. Brown '18, co-president of the Texas Club, elaborates on the club’s mission.“I think it’s really important to have some connection to home, especially for freshmen,” Brown says.

Flores, sitting to Brown’s right, agrees. “My very existence is owed to a Texas magazine,” she says. Flores explains that her parents met after her mom ran a personal ad in a Houston magazine. She grew up at the end of a mile-long dirt road on a wildlife rehabilitation center. “My whole childhood [was] me, without clothes, surrounded by animals from around Texas,” she says.

Despite her strong Texas ties, Flores decided to move north for college. “I just wanted to get out,” she says, “I was feeling very contained.” She began her undergrad career at Northwestern University as a math major, but, after being placed in a senior level political science seminar due to a scheduling error, she found a new calling in politics.

After applying to 22 internships, Flores landed a position on a Senate campaign. It wasn’t what she expected: “‘The West Wing’ prepared me, obviously, to become chief of staff immediately,” she said. She “wanted to be Josh Lyman,” but found herself licking stamps. But amidst all the chaos that is the campaign trail, Flores was sucked into the fast-paced world of start-up politics. She calls the field “a true meritocracy,” and there was no turning back. She wrote mailings and press releases, while unwittingly preparing for her later jobs on Ted Cruz’s 2009 attorney general campaign and Carly Fiorina’s 2016 presidential run.

Flores says her Texan heritage provided a foundation for her political beliefs; however, she hasn’t always identified as a conservative. “I knew every word to 'Rent',” she said, referring to her high school days, adding, “I didn’t seem like a very good Republican at that point.” During her time as a student at Harvard Law School, however, Flores realized that her views aligned closely with those of people she met there, like Ted Cruz.

Her political views may have evolved, but Flores’s love for her home state remains unshaken.

After experiencing the cold winters and attitudes of the north in college, the draw to return home was strong. “Nowhere looks like Texas,” she says. “Even Galveston with its brown water — there’s something to love there.” Like the members of the Texas club, Flores is eager to show her Texas pride, emphasizing that she “likes all things Texas: Texas magazines, Texas journalism, Texas movies.” Despite her busy schedule, Flores plans to fly back home to vote early in the Texas election. She refuses to vote for either major candidate, but she has an idea for a write-in: “My dad would make a great president. He’s very Lincolnian.”