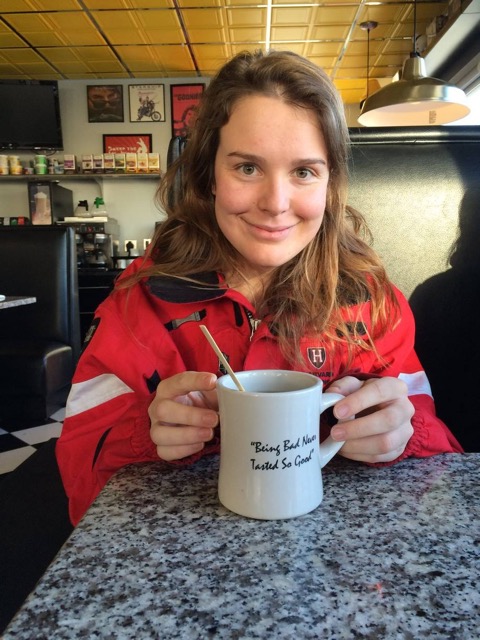 A Vieux from the Trees: My Mental Health Issues Aren’t About Harvard

Most of us have a friend who’s an open book—that one person who accidentally spills out a four-sentence response to, “How are you?” and catches you off-guard as you’re trying to walk down the crowded Science Center stairs, get in line for curly fries at lunch, or brush your teeth and get to bed. For a handful of people at Harvard, that friend is... me. As many West-Coast bros, New Yorkers and others may expect of their token Midwestern friend, I’m a lot more invested in small talk than many Harvard students—maybe blame it on my upbringing in the land of “Minnesota Nice.”

When small talk grows bigger and gets personal, though, it can get weird. In the past year, I’ve opened some floodgates and had conversations with many people about my experiences with depression and other mental health issues. Most of my friends, peers, coaches, andteachers have been incredibly supportive and understanding. I am very blessed to have never had a person say they don’t believe me when I say I’m not able to complete a task because of depression-related symptoms or frequent doctors’ appointments. However, sometimes an unexpected third party joins the conversation between a friend or acquaintance and me. People say, “Yeah, college sucks,” or “Yeah, Harvard sucks.” I’m always caught off-guard, and, frankly, a little offended. Here, let me explain:

Are there systemic issues with Harvard? Oh, absolutely. Let’s not even get started about the problems faced by students due to race, gender, physical disability, religious beliefs, politics, personal finances, or family educational backgrounds. I am not here to speak personally for these individuals because they speak best for themselves. As a white, straight, physically able daughter of two college grads, I can speak to my (straight, white) womanhood and my mental health issues, and on every other front I’m here only to listen and support as best as I can.

However, it’s funny to me when people conversationally draw a causal link between my mental health issues and Harvard. Have I ever wondered if I’d be happier elsewhere? Oh, absolutely. I assume we all have, regardless of where we go to school. However, let’s not undercut the fact that mental illness is not an attitude problem: It is a medical condition. After years of trying to “work on my attitude,” I saw a registered nurse who prescribed a generic form of Prozac to me and upped my dosage until it finally worked. Since it took several tries to get the dosage right, we know this pill is a chemical aid to my brain and not a placebo. My medication is a selective serotonin reuptake drug (an SSRI), and it changed the entire way I perceive myself. I am not a negative person. I have a disorder in my brain that keeps it from utilizing all of its “happiness chemicals:” Its serotonin.

Once I started the right dosage of medication, so many things started changing for the better. It began with an increase in physical energy: It felt as if I’d been on the verge of a cold for several months and suddenly had the clear head and awakeness of someone who is well. Thoughts of self-anger and self-harm were largely replaced by an ability to focus on my studies. My fear of talking to friends and peers decreased. I’m not saying pills are the only way to “solve” a mental health disorder— I have friends who find therapy, counseling groups, mindfulness, breathing exercises, or other non-pill-shaped methods just as effective. And I should never forget that medication is only an option to me because I am lucky enough to have health insurance. What I’m trying to say here is, college has been tough at times, but blaming this on Harvard is greatly reductive to my personal health and resilience (and, yeah, also reductive to college itself).

The biggest change I’ve noticed since meds is my increased ability to show that I’m grateful for things—I have the energy to hang out with a friend, stop by a professor’s office hours after a good lecture, drop an email to my parents, or go for a run and fully clear my head, or just think about how good the air smells. Are there frustrating parts of college? Are there frustrating parts of Harvard? Oh, absolutely. But I’m here for four more months, and I’m going to soak up and spread every bit of goodness that I can.