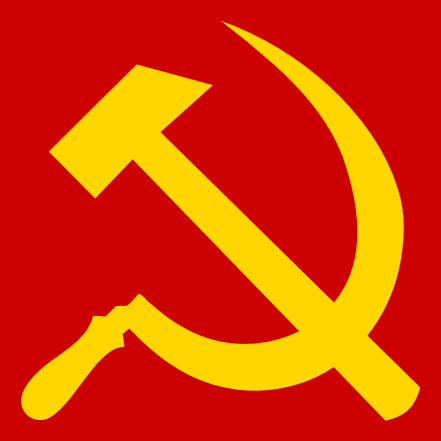 "I would say that, typically, socialism and communism have sometimes in America been equated."
By Hana S. Connelly

“Communism” can be a contentious term; it’s often leveraged as an insult against political or economic stances that may not actually fit a strict definition of the term. From a historian’s point of view, what does the legacy of Communism actually mean for the world today? George F. Baker III Professor of Russian Studies Terry Martin answered some questions about Communism as it appeared in Russia and discussed how the policy affects current international relations.

Fifteen Minutes: What are some common misconceptions about the term “Communism,” as you understand from a historical perspective?

Terry Martin: I would say that, typically, socialism and communism have sometimes in America been equated. We’re actually in an interesting phrase right now because, in some ways, the Communist Revolution in Russia, which was initially called the Socialist Revolution—it sort of took over the term socialism and defined it in those terms. Now we’re seeing those communist notions of socialism being revived.

FM: As someone who teaches on nationality and empire, what are some key takeaways from the fall of Communism in the USSR?

TM: In terms of economics, even though the Soviet system implemented a particular variation of socialism—that is, the one in which state ownership of means of production was primary as opposed to various social justice notions that came more to the fore in Western democracy—that definitely showed there were certain mythologies about that kind of economic organization; in particular, the pathology of the shortage economy... once the state takes over the economy and turns it into a political operation, you pretty much inevitably have problems of shortage and hoarding at all levels of the economy, and that introduces an inefficiency that all attempts to reform Communism that did not involve an introduction of a market economy, as in China, ultimately reproduced. This is something that the youth like you, who are now apparently interested in socialism, have to come to grips with.

In terms of nationalities, which is what I wrote my first book about, very few people are aware that the 15 countries that emerged from the USSR by and large didn’t exist in 1917, or existed only in embryo, and were a consequence of the Soviet organization of the country on national principles. It was actually the Soviet government that set up these units that became the independent states, not states that were conquered.

FM: How would you define the legacy of communism as it affects international relations today?

TM: To say something broad, which is more interesting: the Eurasian continent is the place in which the rebellion against Western liberal capitalism occurred in the 20th century. And the major manifestation of that rebellion came with the Communist revolutions in Russia and China. So they manifested themselves as a rebellion against the economic order, but also against the geopolitical domination of the Western capitalist nations that emerged with the remarkable success of the industrial revolution in those countries. You could say that the Iranian revolution and Islamism came out of that same rebellion—that is, empires that became colonial possessions in the 19th century rebelled in multiple ways. What we’re seeing is in some ways a new phase of that conflict.

In many ways, Communism was anti-colonial as well as economically driven. Even in Russia, it felt itself in 1917 under immense pressure from Western Europe and in a semi-colonial relationship—or, at least the Bolsheviks viewed it that way. So the Chinese responded to the declining success of socialism by creating the so far fantastically successful hybrid of political communism and economic liberalism. They cannot only continue the anti-colonial struggle, but also became a great power, sort of like Soviet Union did. But unlike the Soviet Union, they are running a capitalist economy.