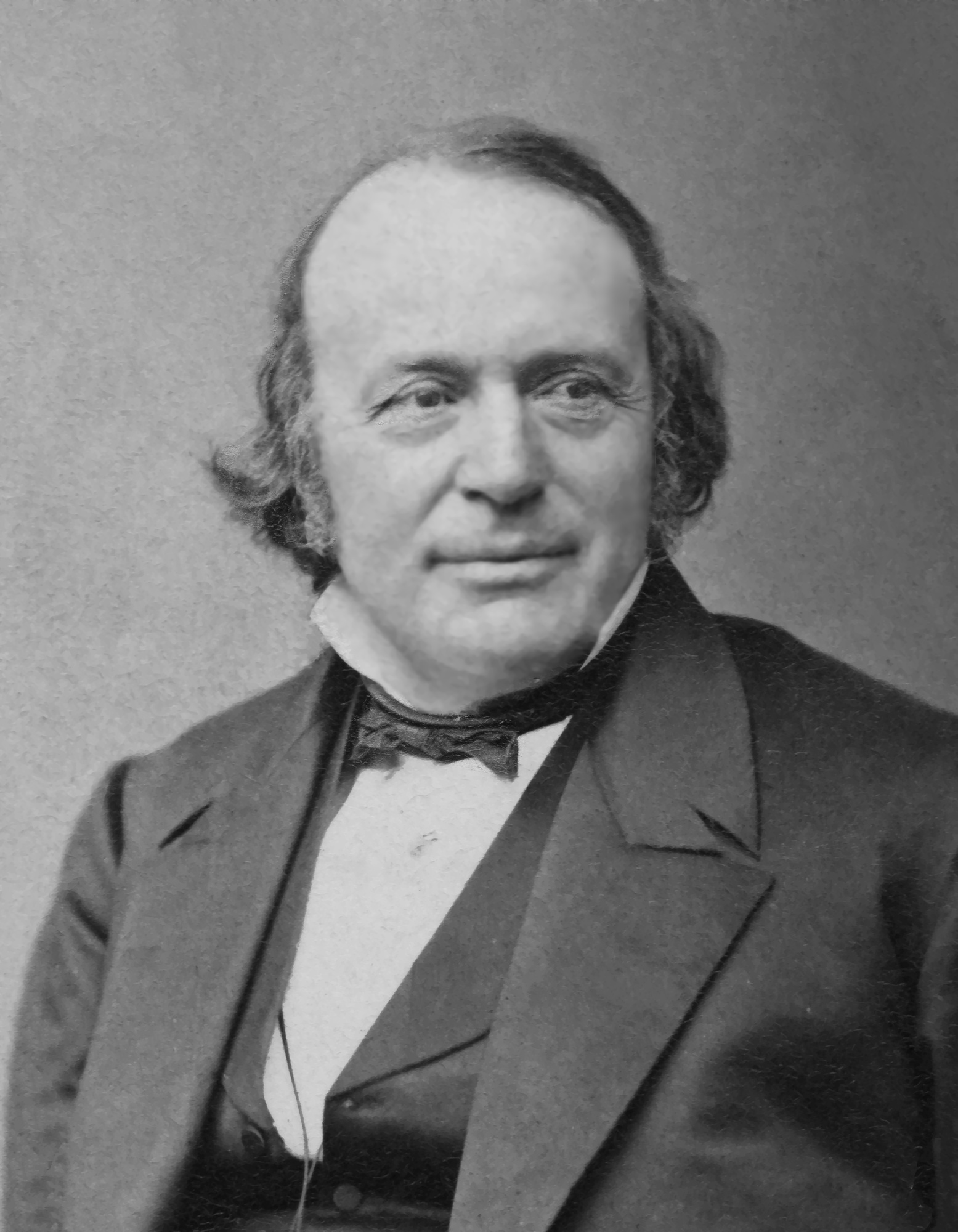 But for Agassiz, the trip to Brazil was about more than science. Not only was evolution—a process not immediately observable to the human eye—deeply antithetical to Agassiz’s staunch empiricism, evolution was profoundly at odds with his perceived world order.
By Michelle Y. Raji

Three decades after the then-obscure scientist Charles Darwin quietly sketched his now-famous finches aboard the HMS Beagle in the Galapagos, influential Harvard professor Louis Rodolphe Agassiz set out with much greater fanfare on a lesser-known expedition. In 1865, Agassiz and his wife, accompanied by a small group of Harvard scientists and students, set sail from New York to Rio de Janeiro on The Colorado.

In a lecture en route to Brazil, Agassiz challenged Darwin’s revolutionary theory of evolution on the grounds that the theory relied too much on argument and too little on fact. Agassiz posited that evolution was not plausible according to the geologic record. The trip to Brazil was an attempt to disprove Darwin once and for all. Agassiz saw in the unique biodiversity of Brazil a perfect laboratory to test his counter-theories of phylogenetic embryology and glacial catastrophe in the tropics.

But for Agassiz, the trip to Brazil was about more than science. Not only was evolution—a process not immediately observable to the human eye—deeply antithetical to Agassiz’s staunch empiricism, evolution was profoundly at odds with his perceived world order. Though only moderately religious, Agassiz believed in the existence of a creator in all his work. Fortunately for Agassiz, this belief fit well with comparative zoology, which at the time focused heavily on hierarchal classification.

Agassiz applied this penchant for classification to his views on race. Part of the expedition involved sketching and describing mixed-race Brazilians. Agassiz saw the rampant miscegenation in Brazil as a “mongrelization” of pure racial types that would ultimately result in sterility. Agassiz categorized humans into different “species.” In his book on the Brazil trip, Agassiz notes, “the fact that [the races] differ by constant permanent features is in itself sufficient to justify a comparison between the human races and animal species.”

Director of David Rockefeller Center for Latin American Studies and Organismic and Evolutionary Biology professor Brian D. Farrell says that Agassiz’s trip typified the paternalistic approach of Latin American studies at the time. In an essay appended to his wife’s travelogue, “Journey in Brazil,” Agassiz gives his general impressions on Brazilian society and suggestions for improvement. Though he felt a “warm sympathy, a deep-rooted belief in her future progress and prosperity,” he didn’t see “among them something of the stronger and more persistent qualities of the Northern races”—a distinction that fit his divided view of nature—“as ancient as the tropical and temperate zones themselves.”

For Agassiz, the expedition was also profoundly personal. Agassiz’s founding of the Museum of Comparative Zoology in 1859 coincided with the publishing of the momentous “On the Origin of Species.”

The high point of Agassiz’s professional career and physical culmination of his particular brand of empirical pedagogy in a museum also marked the beginning of a professional fall from grace. At the time of the expedition, Darwin’s theory of evolution had gained significant intellectual traction at Harvard. According to Museum of Comparative Zoology director and OEB professor Jim Hanken, even the students in the unofficial Agassiz Zoological Society (a kind of Agassiz fan club) were beginning to embrace Darwin’s theories.

Hanken describes Agassiz as a “sensational figure in his day” for his unique pedagogy which combined engaging lectures with specimen-based study. One of Agassiz’s students, Samuel Scudder, wrote that on his first day of class Agassiz simply gave him a fish to describe and draw. After three days, Scudder turned in his assignment. A nonplussed Agassiz advised him to “look again. Look again!”

Under the patronage of Nathaniel Thayer and Emperor of Brazil Pedro II, Agassiz set out on his 16-month long expedition to Brazil with the aim of proving Darwin wrong. According to Louis Menand’s “Metaphysical Club,” Agassiz got a hero’s welcome in Rio, even though he arrived with his entire academic career at stake.

Agassiz travelled along Amazon for over 2,000 miles. Over the course of the trip, more than 80,000 specimens were collected and shipped to the Museum of Comparative Zoology in Cambridge. In his final lecture, Agassiz claimed that the fact that fish do not migrate upstream disproved Darwin’s idea of evolution by exposure to different environments. His unlikely observations drew criticism from his colleagues, and his findings were disproved shortly after publication. Agassiz’s attempt to save his career became its death knell.

In Farrell’s mind, Agassiz “saw what he wanted to see.” The autocratic Agassiz, darling of the Boston intelligentsia and the face of American professional science, never acknowledged his mistakes.

Among the students in Agassiz’s lectures was future psychologist and philosopher Henry James, who was largely disgusted by the way Agassiz’s biases infused his passion and professed empiricism. In James’s view, according to Menand, Agassiz should have opened possibilities for inquiry in Brazil rather than try to close them. James also believed that science was never properly independent of a society’s interests and preferences—no one could ever profess pure empiricism.

On his deathbed, the man who failed to see the truth in Darwin’s theory was asked to name his greatest achievement. His response? “I have taught men to observe.”