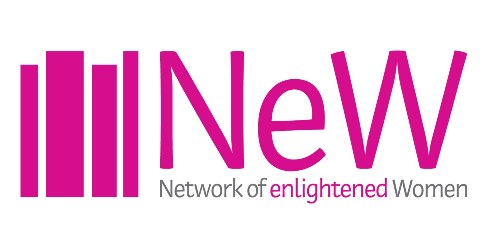 NeW Kid on the Block

NeW’s mission to “educate and train the next generation of conservative women leaders."
By Hana S. Connelly and Amelia G. Miller

When Alexandra C. Tartaglia ’17 tells her friends she’s a conservative, they’re often surprised. “How could you ever be conservative?” some ask. “Don’t you support women?”

For Tartaglia, this experience is not uncommon. “What’s never happened to me,” she explains, “is a friend just sitting down and saying, ‘Hey, I’m not conservative but I’m interested in knowing exactly why it is that you are.’”

Such inspired Tartaglia to found a chapter of the Network of Enlightened Women (NeW).

NeW is a national organization, and was founded in 2004 by Karin Agness, a conservative political commentator. While it originally began as a conservative book club at the University of Virginia, it now has more than 25 chapter at colleges around the country.

This March, Tartaglia met Agness through the Institute of Politics. NeW’s mission to “educate and train the next generation of conservative women leaders” along with its book list and national connections convinced Tartaglia that NeW might be the way to combat many of the problems she saw on campus.

Starting a conservative club on a predominantly liberal campus isn’t easy. Emily Hall ‘18, another founding member, said that it was “inherently challenging to found an organization where you have so few people who might identify with it.”

The already limited number of conservative women who may be interested in NeW are also often hard to find. “So many people feel that they have to be quiet about being conservative,” Hall says. At their first club meeting, about 10 women gathered to discuss “Disinherited: How Washington is Betraying America’s Young” by Diana Furchtgott-Roth, a conservative female author.

So far, NeW has about 30 sudents on its email list. Those who have expressed interest in NeW are not all adamantly conservative; some are looking to explore conservative opinions they feel are left out of their Harvard experience. “At Harvard, if you don’t find an organization like this,” Munoz warns, “you could be in an echo chamber of liberalism.” NeW strives to include diverse viewpoints and avoid becoming yet another echo chamber. “The only way you can...strengthen your opinions and strengthen your arguments is really by constantly challenging them,” Tartaglia explains.

NeW is looking to broaden its audience, however. “One of the main goals I have for NeW is not just to make this a place for conservatives but also for people who just want to challenge themselves and challenge their worldview,” Tartaglia says. “We want to be a space that’s open to people that are open.”

Despite its desire to have broader appeal, NeW is, at its core, designed to be a space for conservative women. To Munoz, who originally met Tartaglia through their sorority, Alpha Phi, the most appealing aspect of NeW was the access to “a community of girls that understood what you’re going through on a day to day basis.”

On a liberal campus with few conservative outlets, Munez says “the best word I can use for [NeW] is just: refreshing.”