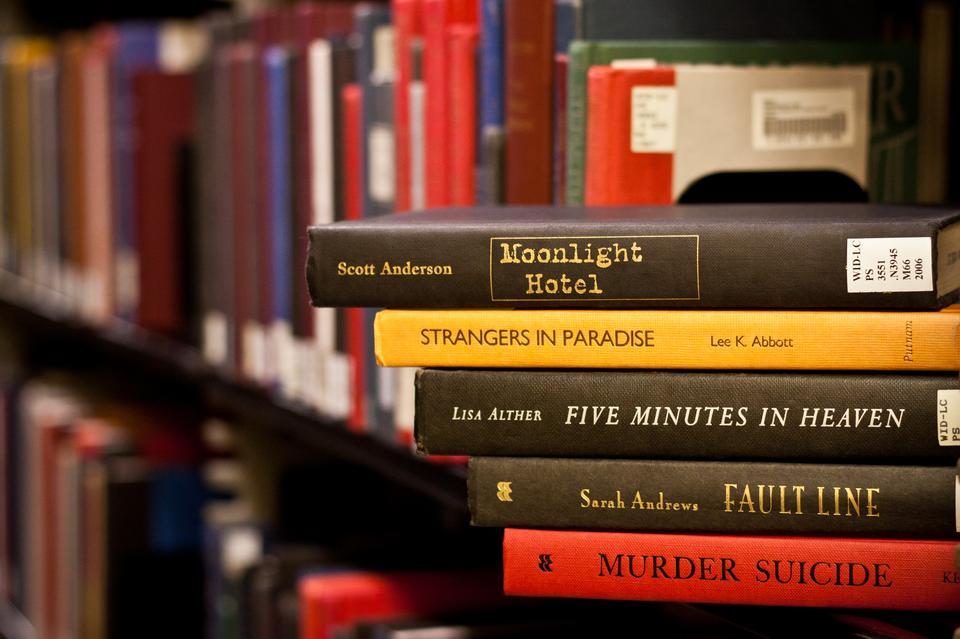 We asked Michael Sandel, Jill Abramson, Greg Mankiw, and other professors for summer reading recommendations. Here are their suggestions.
By Grace R. Ramsdell

School may have ended over a month ago, but hopefully your attention span isn’t already limited to reading “artsy” Instagram captions, 140 character tweets, and half-baked Facebook statuses. To keep you fresh, we asked professors for summer reading recommendations. Here are their suggestions.

Recommendation: “Listen, Liberal: Or, What Ever Happened to the Party of the People?” by Thomas Frank

“Listen, Liberal: Or, What Ever Happened to the Party of the People, by Thomas Frank, shows how the Democratic Party embraced the professional class (including Wall Street) at the expense of its traditional working class base. It helps explain the populist backlash against mainstream politics. Worth reading in this vertiginous political season.”

Recommendations: “Dark Money: The Hidden History of the Billionaires Behind the Rise of the Radical Right” by Jane Mayer and “The Great Gatsby” by F. Scott Fitzgerald

“I recommend Jane Mayer's book Dark Money. It's about the hidden hand of conservative donors, think tanks and universities that controls American politics. Mayer is a tremendously gifted reporter and writer whose investigative work is published in The New Yorker. Dark money is a gripping page-turner and great background for following the 2016 election.

“Every summer since high school I have a beach day when I reread The Great Gatsby.”

Steven A. Pinker, professor of psychology

Recommendations: “Democracy for Realists: Why Elections Do Not Produce Responsive Government” by Christopher H. Achen and Larry M. Bartels and “The Great Surge: The Ascent of the Developing World” by Steven Radelet

“Democracy for Realists, by Christopher Achen and Larry Bartels, shows that however cynical you are about the democratic process, it’s worse than you think. All the flaws in cognition that psychologists have been teaching for decades make a mockery of the folk theory that democracy produces responsive governments.

“On the brighter side, The Great Surge by Steven Radelet presents the case for something that every expert knows but most news readers will find it hard to believe: that the world is getting richer, healthier, freer, and more peaceful. Blame the Availability Heuristic: We are overly impressed by news stories about misery and mayhem.”

“I spend more time in the summer doing fun reading, rather than work-related reading. Right now, I am reading Richard Russo’s novel Nobody’s Fool. It is about a man in late middle age coming to grips with the dysfunction that is his life. The protagonist is about the same age as I am now, which is probably one of the reasons that the book appeals to me. Fortunately, my life is a bit less dysfunctional than his.”

Recommendation: “The Gene: An Intimate History” by Siddhartha Mukherjee

“As I begin production of the fourth season of my genetics and genealogy PBS series, "Finding Your Roots," I am reading Siddhartha Mukherjee's latest book, The Gene: An Intimate History. And I am recommending it to my colleagues both in AAAS and in the English Department. Not only does it create a family tree of the most important figures to have studied heredity and genetics, but it also wrestles with the fundamental questions posed by science about race, sex, and gender, including the inescapable tension between discovering the laws of heredity and the desire to manipulate those laws. Self-knowledge is at the core of our quest for enlightenment, and the knowledge of our genetic ancestry is essential this process. "Know thy ancestors, know thy self," we might put it, in a riff on the motto at the Temple of Delphi. Mukherjee's opus is illuminating, cautionary, and a riveting read. Race may be a social construction, but genes and mutations are real. All humanists and social scientists should read this book, especially those who haven't taken a science class since sophomore year in high school.”

Recommendation: “The Country of Ice Cream Star” by Sandra Newman

“Among newish fiction, I’d pick Sandra Newman’s Country of Ice Cream Star: a linguistically inventive novel that imagines what epic would look like if teenagers were running the show rather than just being, as in all wars, the cannon fodder, meaning it also gets at what’s wrong with this last decade’s explosion of young adult dystopian fiction read by not-so-young adults.”

“America’s War for the Greater Middle East by Andrew Bacevich — of all the mistakes my generation has made (and we’ve made MANY), Empire America is just about the worst. You should read all of Bacevich, but this book about the war for the middle east is his latest and a great entry.”

“If you haven’t yet read Elena Ferrante’s Neapolitan novels, the summer is a great time to start. The first, My Brilliant Friend, tells the story of two young working-class girls in mid-century Naples: smart, ambitious, thwarted in various ways, they’re simultaneously best friends and fierce rivals. Three subsequent novels follow these characters, their adventures, and their community over much of a lifetime. Ferrante may not always be an elegant stylist, but she’s a riveting, fearless storyteller, and the books are filled with memorable details and insights.”

“As an undergraduate I took at least three science courses every semester, but exactly one literature course in four years. This remains a point of aching regret. So, when the BBC anointed Middlemarch the greatest British novel of all time (by a meaningless vote of critics chosen precisely because they weren’t British), I knew just what to put on my summer nightstand. Still, I couldn’t have guessed just how hard I’d fall for George Eliot’s affectionate rendering of ambition and folly. Like a literary honeymooner, I’m suddenly looking forward to bed a lot more and sleeping a lot less.”

Recommendation: “The Churchill Factor: How One Man Made History” by Boris Johnson

“I've recently read a fine book, The Churchill Factor: How One Man Made History, by Boris Johnson. He's in the news, a leader of Brexit, who believes unlike most historians that single individuals—especially this one—can cause events.”