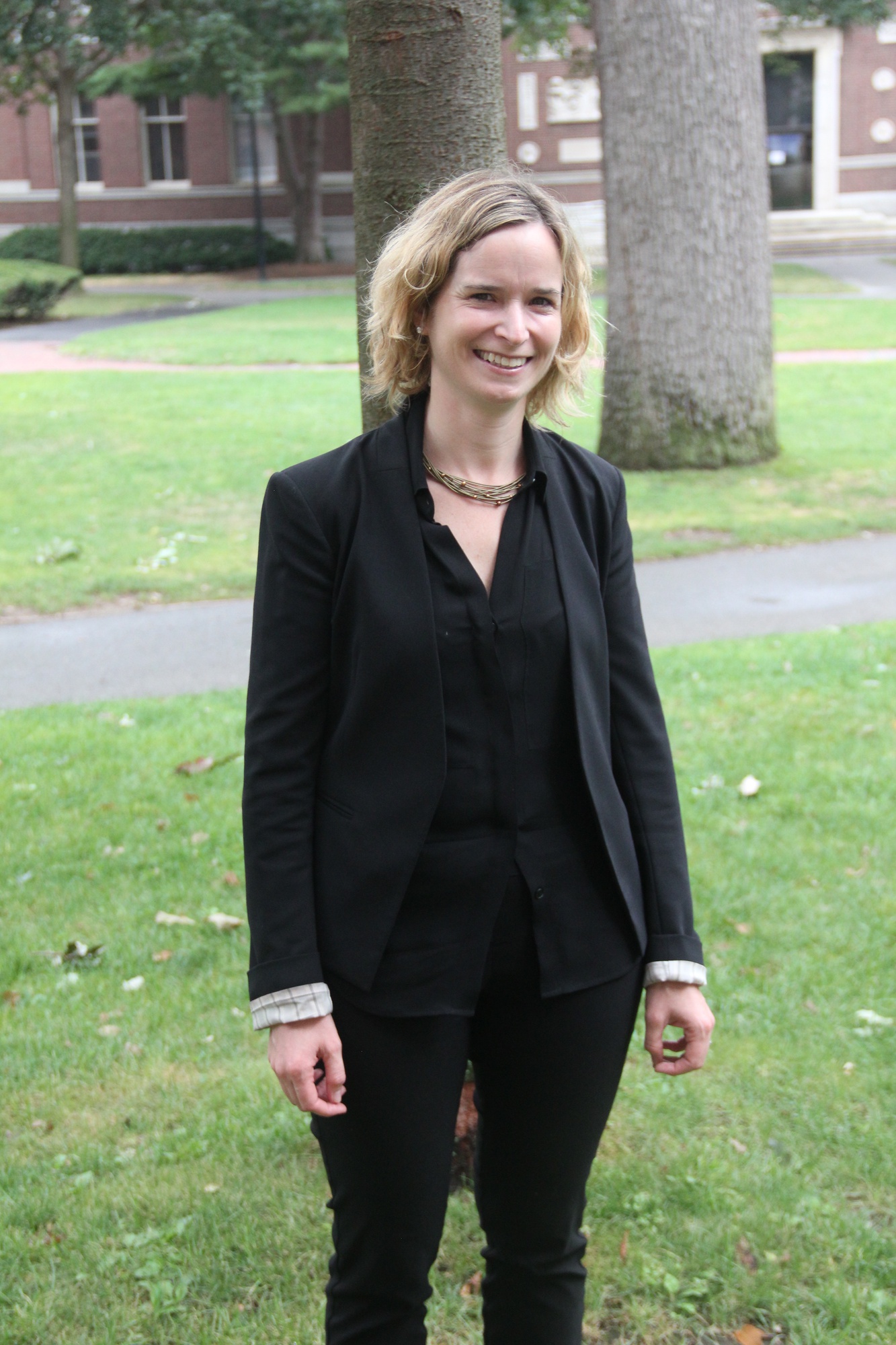 Much of Lesaux's work today involves implementing her research into policy in order to improve child education systems.
By Molly E. Wharton

“How do we do better by children?”

For most of her life—through volunteer work in high school, classwork during her undergrad years, and currently as a professor at the Harvard Graduate School of Education—Nonie K. Lesaux has been trying to answer that question in one form or another. Now, she’s embarking on a new research initiative that will help fill the knowledge gap in early childhood education.

Lesaux studied psychology, with a focus on child development, particularly language and literacy development, looking at specific cases of children struggling with dyslexia. “If you get really focused on a lot of those cases and you’re especially focused on children from diverse cultural and economic backgrounds,” she explains, “you start to see a pattern.” She realized that the students were not only impeded by their disabilities, but also by their lack of access to educational opportunities. “I personally worry a whole lot when there are developmental profiles that correlate with poverty.”

Lesaux came to realize that what was needed was a better systems-level approach; much of her work today involves implementing her research into policy in order to improve child education systems. Recently, she notes, there has been a much greater push “to bridge science and policy,” especially as the research methods have become more sophisticated.

Enough data making the case for early education has accumulated at this point, Lesaux says, that “there’s really no question that what we call high-quality preschool makes a difference... Probably very few people would disagree with the theory.” This makes for an exciting time for policy, as there is a great deal of momentum pushing early education forward.

But despite the enthusiasm for early education, the “science hasn’t necessarily kept up with the advocacy,” Lesaux explains. “When push comes to shove, what we don’t really have is enough large-scale research to tell us that these are the absolute key ingredients... to get to a more nuanced dialogue about what matters most.”

Therein lies the motivation behind the Harvard Early Learning Study, a five-year study of early childhood that Lesaux will co-direct with Associate Professor Stephanie M. Jones. The study will track the development of a representative cohort of three-year-olds across Massachusetts in order to find what kinds of early education models work for whom, and under what settings or conditions. Lesaux hopes this research will “draw some real lines in the sand about early ed” and perhaps catalyze other large-scale population-based studies around the country, as part of an effort to “bring the science up to date with today’s kids.”

Lesaux has also spent the past year in a new role, after Governor Charles D. Baker ’79 appointed her chair of the Massachusetts Board of Early Education and Care last summer. The board oversees licensing and regulating childcare programs, providing financial assistance for children and families, and supporting the professional development of educators.

The agency, Lesaux says, is shifting away from its previous focus on access to and funding of childcare. “Massachusetts had a very ambitious and I would say successful campaign for access to early education for all,” she explains. “Now, it’s really about quality—we know a little too much to just keep going with access.”

Lesaux explains the high-stakes nature of early childhood education and care in the context of achievement gaps. Reading problems, as an example, “track way too closely with income and race here in the U.S.” The thought behind the early education and care initiative is to help give a strong start to the most academically vulnerable.

“It’s not a vaccine. It’s not going to necessarily do the trick over time,” she acknowledges. “K-12 is still on the hook; those children still need strong support. But certainly they are in a better position to take advantage of learning opportunities down the line if we can start early.”