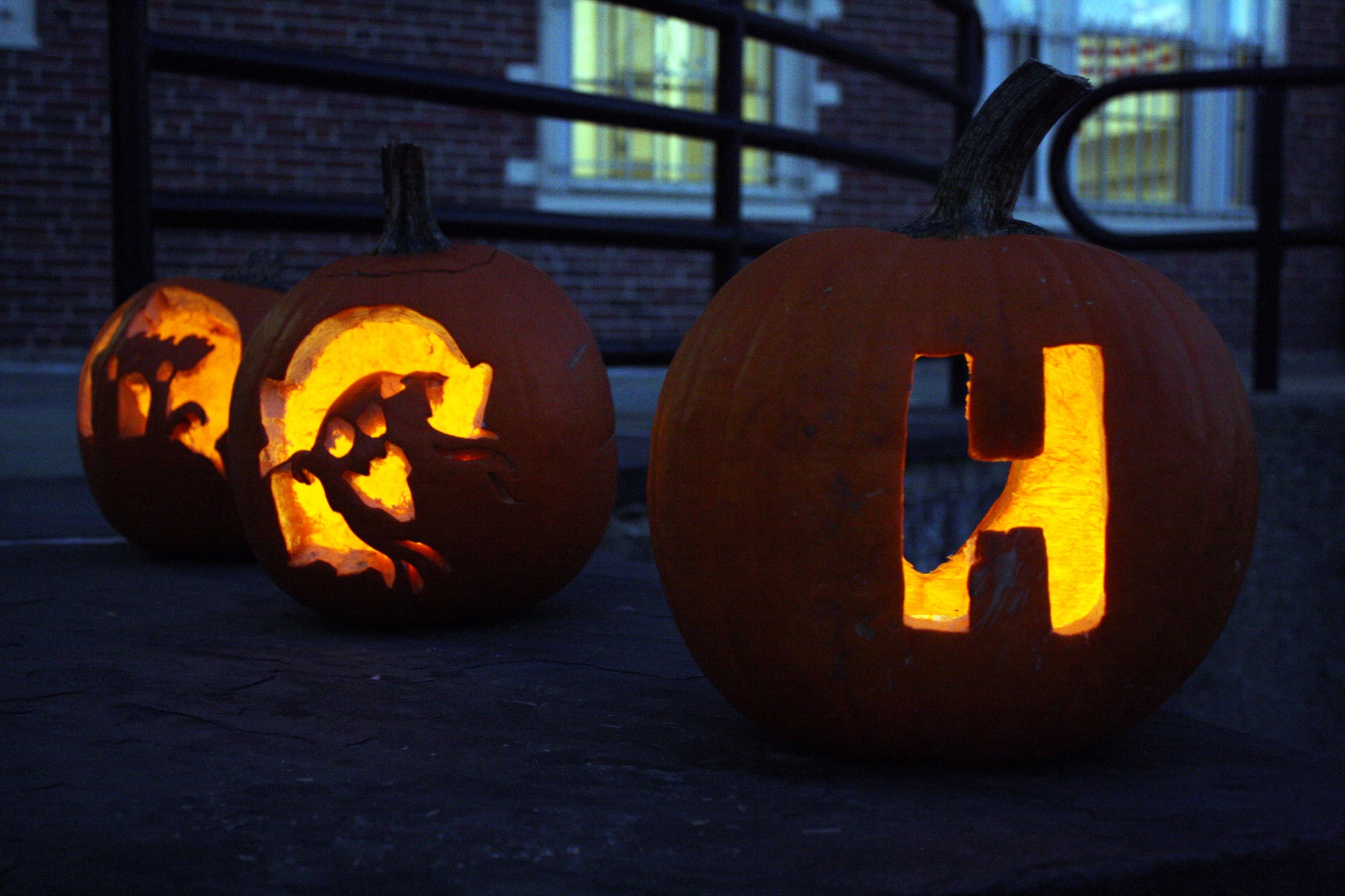 Once, I assume, we did not say; we asked. “Trick or treat,” after all, is a question. We, the variously-costumed youths of America, asked the lording homeowners whether they would like to punish or reward. Stick or carrot. “Trick or treat?” An up-talk, a genuine query.
By Eliya O. Smith

Halloween is a tradition constructed of sounds.

And the whole thing repeats, child after child, house after house, year after year. The pattern is unchanging, symphonic in its perfection. Halloween, definitive.

It is an acoustic tradition passed down from parents, siblings, and friends, the way ancient Greeks perpetuated more profound oral histories. The cadence does not change, down to the minute details. “Trick or treat!” we say, habituated into the sturdy down-talk of exclamation.

Once, I assume, we did not say; we asked. “Trick or treat,” after all, is a question. We, the variously-costumed youths of America, asked the lording homeowners whether they would like to punish or reward. Stick or carrot. “Trick or treat?” An up-talk, a genuine query.

Early in my candy-collecting career, I learned about this etymology from my mother. I’d spent the evening trailing my brother, copying his every move as I took my place in the noble sugar trail so that I could perpetuate the sonic pattern that was Halloween. Swish, swish, swish. Ding-dong. Click. Creak. “Trick or treat!” Rustle. Ahem. “Thank you!” Creak. Click. Swish, swish, swish, on repeat, except that eventually I got bored by this cycle and started to think about what exactly I was doing. Here, I became confused.

So I asked my mother, the bearer of infinite wisdom: “What’s a Tricker treat?”

I had thought, of course, that we were asking for a certain kind of treat. A Tricker treat. And yet out of my plastic pumpkin, I unpacked Reese’s and Hershey’s and Tootsies and Nerds. I did not find any Trickers. “Tricker treat!” I had demanded. Where were all the Trickers? I had requested Trickers. Why did adults never listen to me when I asked for things? I was incensed.

And here, my mother provided a revelation: that “tricker” was in fact “trick or,” and that the sentence was not a statement, but rather a question.

This news was intended to conciliate, but it had the opposite effect. I have never liked tricks–not early in my Halloweening. Any sort of surprise, or prank, or manipulation of my grip on a situation; this kind of thing, historically, has not gone well for me.

There was also the summer camp fiasco, in which I walked into my cabin to find the bedding entirely stripped from my bed. The moment I heard a stifled giggle emerge from underneath the bunk beds where the group had hidden, I walked out of the cabin, called my mother, and begged to come home. Nevermind their endless consoling that “we were just kidding!” or that my mother tried to spin the prank as a compliment, owing to the fact that they had chosen me for my sense of levity. I was entirely unwilling to tolerate this kind of tomfoolery.

Worst of all was the time my brother strapped my teddy bear to my ceiling fan, so that when I came into the room and flipped the switch, I looked up at the spinning spokes to discover I had unwittingly condemned my fluffy friend to a makeshift wheel of torture. I shrieked so loudly my parents thought I was injured.

Presumably, there are a whole host of humans who find the prospect of such machinations appealing. I cannot sympathize. The introduction of tricks into Halloween transformed a hitherto benign candy-laundering scheme into something infinitely more frightening. This was the All Hallows Eve our librarian had taught us about: A spooky surprise around every corner. Except that I wasn’t worried about ghosts; I feared someone might take me up on my offer of “Trick or treat?” and choose to deny my treat in favor of a big, fat trick.

For the rest of my time as a treat collector, I made a conscious effort to lean heavily into the smushed cadence that generations of down-talking exclamation had whittled the phrase into. “Trickertreat!” I shouted, as confidently as I could, trying to reach the end of the word before the first part had time to settle in the airwaves. And when I pass the holy sequence of sounds that is Halloween on to my children, I will make sure that they do the same. The phonetically correct up-talk and round o of “trick or treat?” is a secret I’ll carry to my grave.