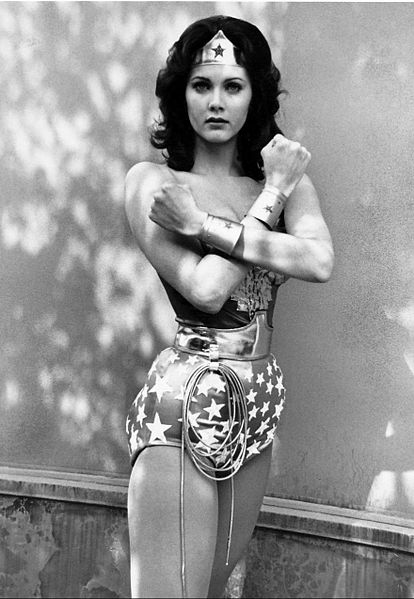 Marston’s Lasso of Truth is just a comic book depiction of an earlier creation of his: the systolic blood pressure test, a precursor to the modern-day lie detector.
By Sam P. Eisendrath and Michele L Wang

In last summer’s hit film “Wonder Woman,” the eponymous Diana Prince fights her battles with a long, bright gold lasso. As the story goes, Prince’s weapon of choice, the “Lasso of Truth,” was forged by the Greek god Hephaestus and, when wrapped around a target, compels its victim to tell only the truth.

The rope is fantastical, but Wonder Woman’s creator, William M. Marston, takes cues from a real device. In fact, Marston’s Lasso of Truth is just a comic book depiction of an earlier creation of his: the systolic blood pressure test, a precursor to the modern-day lie detector.

In 1915, Marston was studying at Harvard as a dual graduate psychology and law student. According a study on the history of the polygraph produced by The National Academies of Sciences, Engineering, and Medicine, one day, Marston’s wife, Elizabeth Holloway Marston, remarked that her blood pressure rose whenever “she got mad or excited.” Her offhand comment inspired in Marston an interest in the possible correlation between blood pressure and lying.

Marston began to research whether blood pressure could be used to expose deception. His experiments in the physiological effects of lying led to the invention of the systolic blood pressure test, earning Marston the title “father of the lie detector.”

The lie detector looks simple. A black and white photograph in Schlesinger Library shows Marston using the device in 1914. He’s wearing a white collared shirt and an expression of deep concentration, as a woman takes notes beside him. The two are standing next to a small pump: the lie detector, which looks more or less like a basic blood pressure cuff.

The theory is relatively simple, too. The systolic blood pressure test works using an almost comedic juxtaposition of questions: simple inquiries to detect the subject’s baseline blood pressure––“Were you born in Liverpool in 1987? Is your mother’s maiden name Dalton? Who is the current U.S. President?”––followed by a more blunt questions, like, “Did you murder the stockbroker?” Marston measured the difference in blood pressure to determine whether the subject was lying.

Years later, the invention’s verifiability was called into question. According to the same study, after the U.S. entered World War I, Marston contacted the U.S. Department of Science and Research with the hope that his invention could help detect espionage. A subcommittee, chaired by John F. Shepard, was established to evaluate Marston’s proposal and its potential for deception detection. Marston had claimed his device yielded “remarkable results” from “thirty deception tests under ironclad precautions.”

But Shepard was not convinced. “The same results would be caused by so many different circumstances, anything demanding equal activity (intellectual or emotional), that it would be practically impossible to divide any individual case,” Shepard wrote in one report.

Some evidence shows, however, that the device was put to use during wartime. The report from the National Academies Press states that John E. Hoover made actually made inquiries into the efficacy of lie detector tests, and Marston himself claimed that he administered systolic tests on spies.