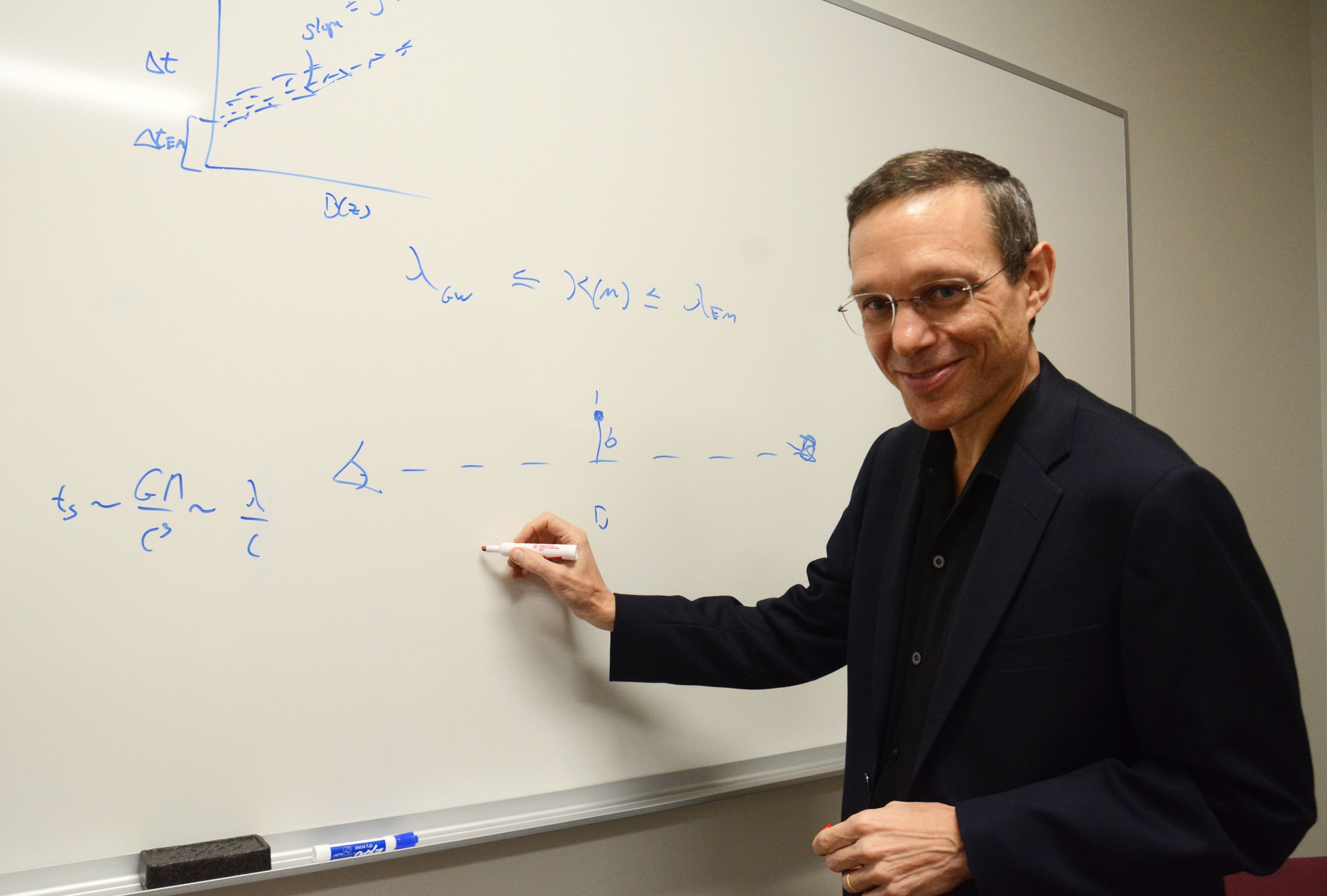 I warn him that I study history, but he is encouraging. “Well, history begins with the big bang.”
By Emma K. Talkoff

Somewhere in the neighborhood of the red dwarf star Proxima Centauri—4.25 light years from Cambridge—a small, hyper-reflective spacecraft will home in on an unfamiliar planet.

Catching high-power laser beams shot from Earth on its balloon-shaped sail, the “nanocraft” will hurtle towards the new planet at approximately one-fifth the speed of light. It will have been a long journey from home—more than two decades. But the laser-sail technology is leaps and bounds faster than its unwieldy jet-fueled predecessors, which will allow the lightweight craft to cover vast distances in a fraction of the time it takes today.

The nanocraft will hurtle past the planet. Then, it will send us a picture.

“Proxima Centauri has a planet just at the right distance from the star to potentially have liquid water on its surface, and lead to the chemistry of life as we know it,” Avi Loeb, chair of Harvard’s Astronomy Department, and head of the team that imagined the spacecraft, says. He sits in his office at the Black Hole Initiative, where he’s founding director. The equations on the wall opposite him, he explains, model gravitational waves and black holes. I warn him that I study history, but he is encouraging. “Well, history begins with the big bang.”

“We would like to know whether the surface of the planet has vegetation, whether it’s green, or has an ocean, whether it’s blue,” Loeb says of the photo the nanocraft would take. Four years later, when the photo has traveled from the craft’s tiny onboard computer system back to earth, we could have an answer to the question of whether or not we’re alone in the cold, vast universe.

But that’s not even the exciting part. The exciting part? If everything goes according to Loeb’s plan, all of this will happen no more than a few decades in the future.

Loeb is Chair of the Advisory Board of Breakthrough Starshot, a relentlessly optimistic initiative to pioneer interstellar travel and solve the mysteries of intelligent life in the universe. It was cooked up by the minds of Stephen Hawking, Mark Zuckerberg, and Russian physicist-venture capitalist Yuri Milner: titans of industry and/or astrophysics and/or interplanetary diplomacy, depending on how things work out.

In 2015, Milner approached Loeb with a question: would it be possible to bridge the gaps between the stars within his own lifetime?

For Loeb, the answer was a resounding yes. Six months later, Loeb and his team of students had narrowed the field of viable spacecraft options to a single design. A sufficiently reflective sail bombarded with light from a sufficiently focused laser might be able to push a sufficiently light payload—a chip similar in size, cost, and function to the guts of a cellphone—past the reaches of our solar system. Loeb is now so confident in the elegance of this design that he suggests that astronomy professors on other planets might have developed the same technology, and we might look for the telltale flashes of light glancing off their laser sails as a kind of extraterrestrial morse code.

“My hope is that once the spacecraft leaves the solar system, we’ll get a message back saying, ‘Welcome to the interstellar club’ from another civilization,” he says.

In fact, that kind of thinking is at the heart of Loeb’s mission.

Regardless of whether Breakthrough nets us interplanetary friends, he adds, we’re currently using up the earth. And, in a few billion years, the sun will explode. It’s high time to start looking for a new home, and “we could discover new worlds this way,” Loeb says.

In much the same vein, Breakthrough’s online copy reads like the starry-eyed manifesto of some benevolent intergalactic governing body in a sci-fi flick. “In the granular details of daily life, it’s easy to forget that we live in a place of astonishing grandeur and mystery,” Breakthrough’s “About” page rhapsodizes .

“The Breakthrough Initiatives are a program of scientific and technological exploration, probing the big questions of life in the Universe: Are we alone? Are there habitable worlds in our galactic neighborhood? Can we make the great leap to the stars? And can we think and act together – as one world in the cosmos?” True to genre, I can’t help but read something slightly sinister into the universe-unifying ambitions of Breakthrough. (And we thought Zuckerberg’s presidential bid was dystopian.)

Anyone who knows Loeb even a little shouldn’t be surprised by that lofty rhetoric. A self-described philosopher at heart, he speaks of astrophysics in amorous terms. He’s fascinated by the colorful details of interstellar travel: the thought that tidally locked planets produce regions of perpetual sunset, and that broadcasts from the golden age of radio are already radiating out past the edges of the solar system. Critics doubt that Starshot will be able to reach outside the solar system in just a few years, but regardless, it represents an unprecedented push skyward.

As fantastical as some of it may sound, Breakthrough is also making some more tangible strides. In June, they launched a number of prototype computer chips called, with characteristic brio, “starchips,” into low Earth orbit. Loeb proffers a chip, pressed between two layers of laminate, for my examination: a maze of minuscule wiring that looks like it weighs nothing (it’s actually more like a gram). For now, Loeb meets weekly with a group of undergrads and postdocs, working to develop the laser and the sail, which will need to be a near-perfect reflector in order to avoid immediately burning up in the laser’s focused beam.

At the heart of Breakthrough seems to be an optimism that, when and if we finally meet our interstellar neighbors, the best of humanity will prevail. Loeb thinks that in this species-defining moment, we’ll muster the ability to put aside our worst impulses and extend a hand in greeting. Judging by how well we’ve managed on just this planet alone, it doesn’t look promising. But standing in Loeb’s office, looking at the fingernail-sized chip of wiring that could carry our hopes to the stars, I want to believe it, too.