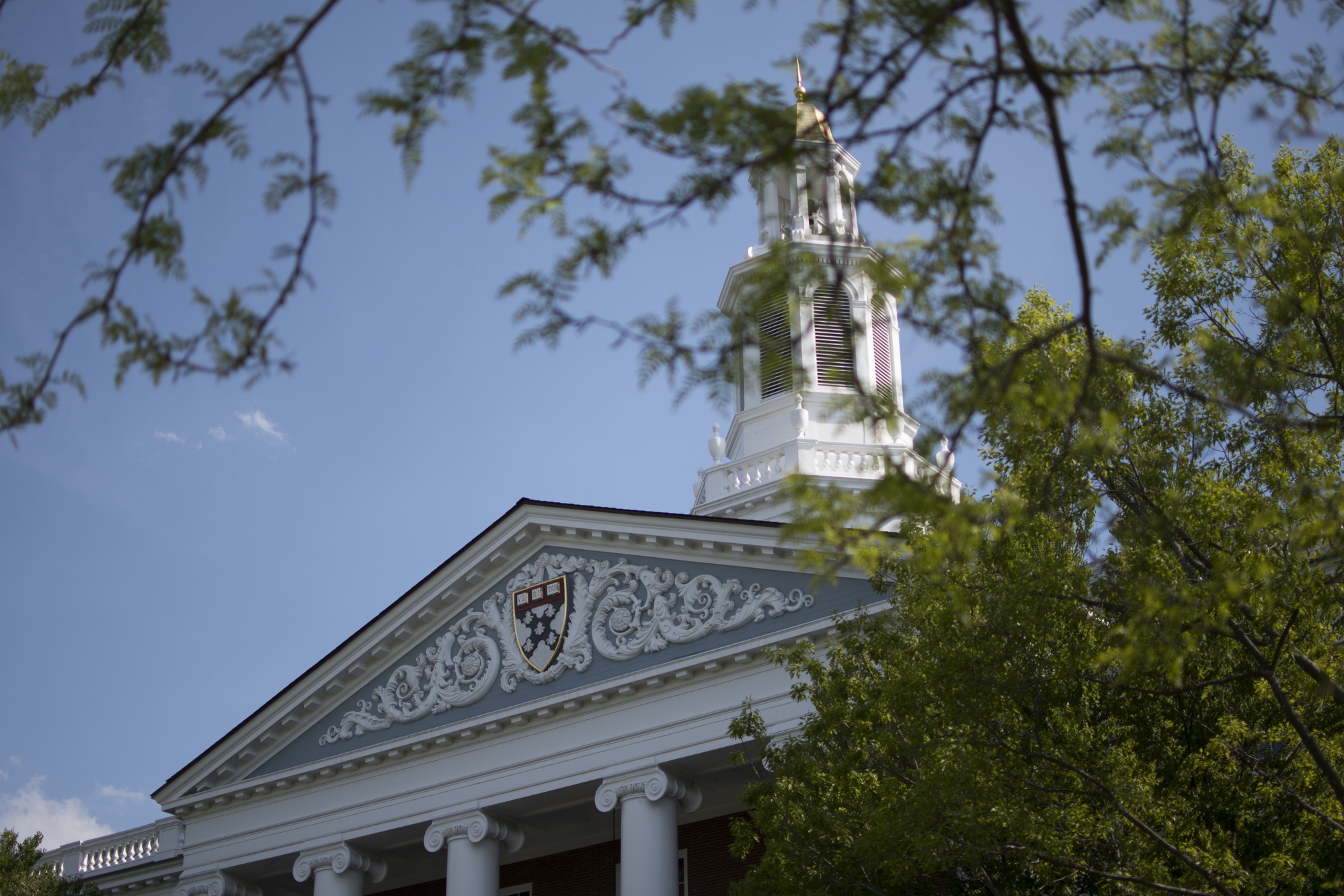 "Just One of the Boys": Edwin Land and The Polaroid Corporation

The photo, as well as approximately 1.5 million other Polaroid-related documents, resides in the Baker Library’s special collections, where Land left his company’s archive in its entirety after his death.
By Trula J. Rael

Forty-seven men and 19 women dressed in business casual sit on boxes of film that reach from floor to ceiling. In the foreground, front and center, one man stands out: He looks like the kind of man who doesn’t have time to be there. He’s middle-aged, dark-haired, regarding the camera with familiarity.

The man is Edwin H. Land, pictured in the 1970s, when he was well into his career as the president of the wildly successful Polaroid Corporation. The photo, as well as approximately 1.5 million other Polaroid-related documents, resides in the Baker Library’s special collections, where Land left his company’s archive in its entirety after his death. By then, he had been recognized as a genius of his time, but his unorthodox trajectory began many years before, during his college days.

According to the Baker Library’s exhibit, “Polaroid: At the Intersection of Science and Art,” Land entered Harvard College in 1926, but like many innovators—Mark Zuckerberg, Robert Frost, Bill Gates—he left early. After just one semester, Land left Harvard to conduct research in New York City, where he first had the idea for synthetic polarizing material, which would eventually spark the development of Polaroid Co. He returned to Harvard in 1929, where he struck up a friendship with his physics professor, George W. Wheelwright III ’25.

Wheelwright was a dilettante: First a painter, then a sailor, then a summer camp founder, and then, briefly, a professor at Harvard. He taught Land and liked him, and wielded his influence to grant Land a lab of his own when Land was still an undergraduate. Under Wheelwright’s mentorship, in 1932 Land became the first Harvard undergraduate to lead a physics seminar, which he called “A New Polarizer for Light in the Form of an Extensive Synthetic Sheet.” Wheelwright was so impressed that he urged 23-year old Land to drop out that year and pursue a new physics project with him: Land-Wheelwright Laboratories, later renamed the Polaroid Corporation.

Land agreed and left Harvard for the second time, because he wanted to bring “to the world a wonderful and special way of solving problems,” as he stated in a lecture at MIT.

Land said in a 1976 interview with the Boston Globe that “nothing or nobody could stop me from carrying through the execution of an experiment.” This tenacity yielded more than 500 patents over the course of his life. Under his leadership, Polaroid Co. manufactured a staggering range of products from polarizing film and lamps to blackout windows and flight goggles—and its crown jewel, the polaroid camera.

Land, in his acceptance speech for the Charles Kettering Award in 1965, attributed the inspiration behind the polaroid camera to his daughter. He recalled “a sunny vacation day in Santa Fe, New Mexico, when my little daughter asked why she could not see at once the picture I had just taken of her. As I walked around that charming town I understood the task of solving the puzzle she had set me.”

Land understood the childhood fascination with optics, as he himself was interested in kaleidoscopes and stereoscopes as a young boy. In an interview with Time magazine, Land said, “To a child, a photograph gives a permanent thing that is both outside himself and part of himself.” His inventions and his influence on the optics industry were just that: long-lasting, far-reaching, and deeply personal.

The internal structure of the company was innovative, too. The employee body itself was unique for the early 1940s, as Land hired many women, often Smith College graduates, as high-level researchers. In a 1945 workplace satisfaction questionnaire, he described Polaroid Co. as a “company where work is fun, a company that exists primarily for the people in it.” Within the survey, he asked employees whether they saw their boss as “hard to talk to” or “just one of the boys,” and asked if they thought their work was getting “much more interesting,” “less interesting,” or “dull as dishwater.” The Polaroid archive—overflowing with black-and-white photos of employees smiling, playing basketball, singing together—speaks for itself.

When Land died in 1991, he left every scrap of his company’s documentation to Harvard Business School’s Baker Library, where over 4,000 linear feet of artifacts preserve the history of Polaroid Co. and its leader. Land also gave a hefty donation to the college, funding the establishment of its freshman seminar program. He is buried in Cambridge’s Mt. Auburn Cemetery, right next door to the school where it all began.