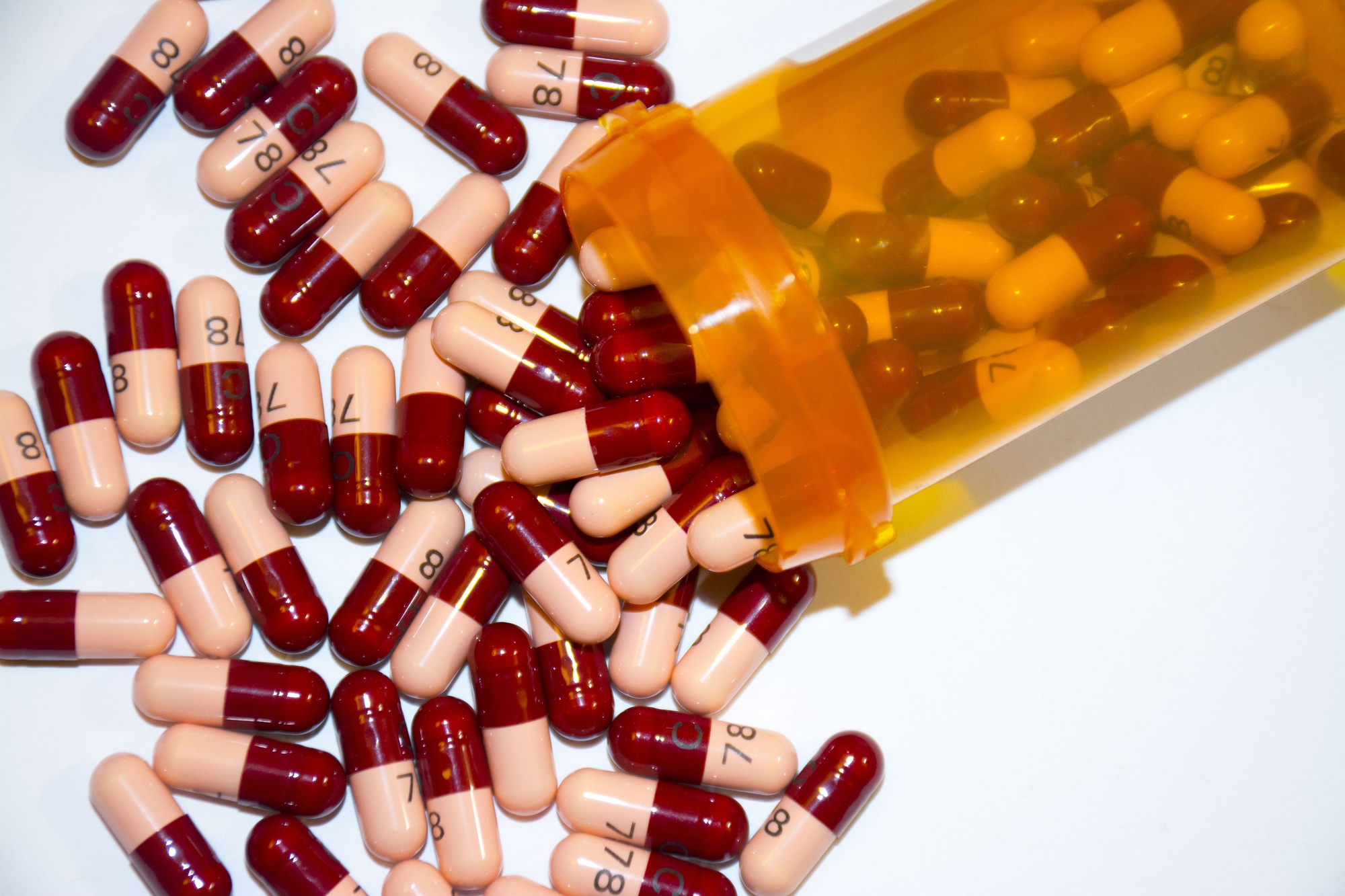 A Cambridge Public Health Department study in 2015 revealed that fatal opioid-related overdoses rates for the city were 7.3 cases per 100,000 people.
Advertisement
Advertisement

Every Minute Counts: Fighting the Opioid Epidemic in Cambridge

According to the Center for Disease Control and Prevention, over 33,000 people died from overdoses involving pain-relieving narcotics, known as opioids, in 2015. Of those, 1,751 were in Massachusetts.
By Michelle Y. Raji

I. Diagnosing a Crisis

Last year, a durable public toilet called the Portland Loo was installed on Massachusetts Ave. across from Johnston Gate. The toilet, designed with ventilated walls and other features to discourage drug use, was a result of a multi-year campaign by concerned Cambridge residents: After a series of opioid-related overdoses in the bathrooms of Christ Church Cambridge in 2012, the only publicly available toilets in Harvard Square were closed. For years, homeless people were left to use doorways and alleys.

This string of local overdoses is consistent with national trends. According to the Center for Disease Control and Prevention, over 33,000 people died from overdoses involving pain-relieving narcotics, known as opioids, in 2015. Of those, 1,751 were in Massachusetts. Opioid overdose is now the leading cause of accidental death in the US, exceeding death caused by car accidents. A Cambridge Public Health Department study in 2015 revealed that there were 7.3 fatal opioid-related overdoses per 100,000 people in the city.

These rates may be influenced by Cambridge’s proximity to Boston, which had 22.6 fatal overdoses per 100,000 people in 2015—a number far above the state average of 10.7.

This prevalence is reflected in the region’s landscape: Several miles from the Portland Loo in the South End of Boston winds the infamous “Methadone Mile,” a small stretch of Mass. Ave. home to many drug users, treatment centers, clinics, and homeless shelters. Here, the effects of the opioid epidemic are clear: People shoot up behind houses, throw needles into drains, and stumble visibly high in and out of buildings.

Boston Medical Center—the largest low-income hospital and busiest emergency center in New England—straddles a large part of Methadone Mile. However, with few wealthy patients, the Center receives relatively little philanthropic support. But on March 6, the hospital was gifted $25 million, the largest donation in its history, for the creation of a facility to treat substance-abuse disorders.

A couple miles north of Mass Ave. loom many of the pharmaceutical companies that heavily marketed opioids to physicians in the 1990s and early 2000s. A study published last month in the New England Journal of Medicine details the increase in opioid use today. The study finds that emergency care doctors in the same hospital varied by more than threefold when prescribing opioids.

“You expect to see variation in almost anything you do, but [the discrepancy in prescribing opioids] was more than what I was expecting,” says lead study author Michael Barnett, assistant professor at the Harvard School of Public Health and a Harvard Medical School instructor of medicine at Brigham and Women’s Hospital. “It was a real difference, no matter how you tried to control [the data].”

Barnett ascribes this variation to unclear guidelines and protocol in prescribing opioids. “You’re just guessing. You have an informed opinion based on other patients of that age. Once you prescribe someone something, they’re out the door,” he says.

That ambiguity opens the possibility of selection bias. According to high-profile 2015 and 2017 studies by Princeton economist Anne Case and Nobel laureate Angus Deaton, rising death rates of middle-aged white men in the United States can be attributed in large part to the opioid epidemic. This demographic is more likely to be prescribed opioids in the first place. In contrast, studies have found that emergency room doctors consistently underestimate the pain of women and people of color, making them less likely to receive prescription opioids.

“Doctors have been prescribing an enormous amount of opiates,” says Barnett. “We’re dealing with the aftermath.”

For Barnett and his peers, the research has been “very practical” in combating the opioid epidemic. “Many ER physicians found it very valuable,” Barnett says, in part because opioid prescriptions are so integrated into physicians’ routines. “When someone comes in severe pain, it’s very easy to reach for an opioid.”

However, some people do not even get that far. “Many people are exposed to opioids without meeting a doctor at all,” Barnett says. “A lot of the heroin epidemic has been fueled by not being able to afford prescription opioids.”

Somewhere between synthetic opiates—such as hydrocodone, oxycodone, and codeine, prescribed by doctors—and opium poppies is the street drug known as heroin. Pure heroin can be almost 100 times more powerful than its prescribed counterpart, morphine. In reality, the strength of each batch can vary widely; heroin is “cut” with baking soda, milk powder, caffeine, or quinine, and more recently, with the synthetic and cheaper fentanyl—50 times more potent than heroin alone.

Jeremy Warnick, director of community and media relations at Cambridge Police Department, says that “every minute counts” during a heroin overdose, especially when that heroin is laced with the deadly fentanyl.

“Generically there has been an increase in overdoses in Cambridge,” says Warnick. Overdose incidences cluster around Central Square and Harvard Square in almost Cambridge’s version of Methadone Mile. He attributes that clustering to the population density and resources of those areas.

“The Special Investigation Unit has historically been classified as our drug unit, [but] because of their experience in the drug side, they now also work with individuals after they overdose,” says Warnick. A detective from the SIU responds to every single overdose, if they are available, according to Warnick, as part of what he calls “an intervention and coaching strategy.”

The detective follows up with those individuals to assess their

needs, also providing them with a list of resources for overcoming addiction. “It’s not a jail approach, but a treatment approach,” he says. “[It’s] a new strategy that has been in place for about a year.”

“If that individual is willing to work with us,” Warnick continues, “we’ll refer them to a licensed social worker.” He notes cases where a detective has transported individuals to sober houses in Taunton, Cape Cod, and Worcester, if there are no beds available in Cambridge.

The department is also taking more “proactive” steps to combat the epidemic. “We are in the process of training all of our officers in administering Narcan,” Warnick says. Narcan contains an opiate antidote, naloxone, which sprayed in conjunction with CPR temporarily reverses an overdose. “By April, whoever is first on scene will be able to effectively administer it,” he says.

Warnick’s statement comes more than a year after the Cambridge City Council passed a resolution in support of two state bills allowing local police to administer the spray. According to Warnick, the department is also working with a group associated with the Massachusetts Institute of Technology to

disperse Narcan boxes throughout the city, which bystanders may administer with remote aid from 911 dispatchers.

Though the department’s “intervention and coaching strategy” seeks to help individuals who are “looking to get clean,” says Warnick, the SIU detective on scene is also told to direct those individuals to sources for harm reduction, like needle exchanges, which provide tourniquets, cotton swabs, bandages, and sterile needles.

The AIDS Action Committee Cambridge Needle Exchange—an unassuming brick building near the Central Square MBTA stop—is one such source. The Exchange was established after a 1993 Massachusetts law authorized 10 needle exchange pilot programs in the state. It seeks to reduce the transmission of infectious diseases and expose addicts to situations where they might seek help.

According to the National Institutes of Health, harm-reduction sites like the Cambridge Needle Exchange bridge the oft-ignored space between prevention and recovery. They lessen the harms associated with drug use as well as provide addicts with an entry into treatment.

“There is no heroin left in Boston,” declares Aubri Esters, a Narcan trainer and a homelessness and substance abuse educator. Esters goes on to discuss the low cost and shorter high of the more recent and popular diluent, fentanyl. It has the same effects as heroin, but dramatically increases the risk of overdose.

Around 30 young people sit in a semicircle at Esters’ feet. The event, hosted in The Democracy Center by the Harvard student group Trans* Task Force, is called “Fighting the Opioid Epidemic.” It is both a Narcan training and phone bank to lobby public officials.

As part of the training, Esters advises participants not to use the word “overdose” when talking to 911 dispatchers. In her experience, police respond slower to these calls, even though Massachusetts has a “Good Samaritan law” protecting those who overdose and those who report an overdose from charges of small possession, paraphernalia, and consumption. In response, Warnick says in an email that “other overdoses may be reported to EMS and/or fire, as police are not always alerted to respond as the call is often considered medical and not criminal in nature.” He reiterated that every call the department receives is addressed by a detective and patrol.

When the training ends, the phone bank begins. TTF is advocating for Massachusetts legislators to support a bill that would create safer consumption sites: medically equipped and supervised facilities for people to use drugs more safely. At this point, the crowd disperses, leaving 10-15 people—TTF members and local activists—on their cell phones, looking up the office numbers of state senators and representatives.

TTF member Lily M. Velona ’18 decided to organize the event because of the severity of the opioid crisis. “Anything that affects people more broadly affects trans people,” Velona says. Among other factors, barriers to accessing health care can increase risk of opioid addiction among transgender people. “A community training like this is an excellent way to arm the public with skills and to begin to fight the epidemic,” Velona says.

Velona believes that awareness of the many, intersecting risks of overdose is also an excellent weapon. During the Narcan training, participants discussed the oft-ignored risks of opioid use, including change in tolerance after release from prison or rehab, using alone, change in supply, and previous non-fatal overdoses.

For Velona, knowledge of the risks and causes of overdose is essential. In high school, Velona saw people begin to use opiates and not see it as connected to the epidemic due to varying methods of use. “They had seen the epidemic in such a classed way,” Velona says. “I think it’s helpful that finally people are talking about it as an opioid epidemic rather than a heroin epidemic.”

A previous version of this article misstated the name of the Cambridge Police Department's Special Investigations Unit.