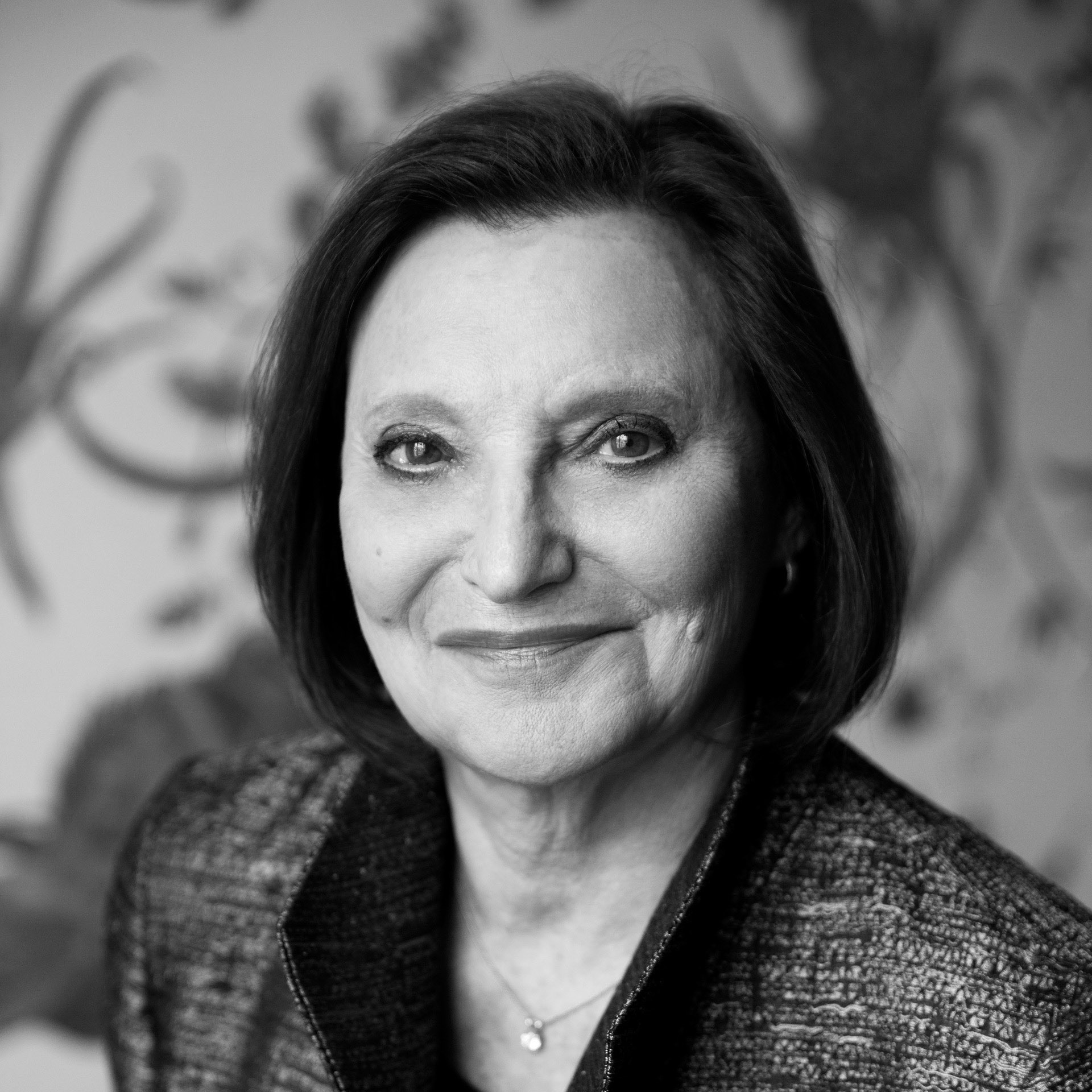 " Teaching a course is a matter of trying to find out where students’ interests are and presenting the material so that it catches fire for them," says Marjorie Garber. "That’s the thrill of it and the risk of it."
By Marella A. Gayla

Over the course of her four-decade career, Marjorie Garber has written about a lot of things, including real estate, dogs, and bisexuality. She’s best known, though, for studying Shakespeare, a subject she’s taught in Harvard’s English department since the early 1980s. Once called “one of the most powerful women in the academic world” in the New York Times, Garber has put on plays in the streets of Philadelphia, chaired the Department of Visual and Environmental Studies, and published 18 books. She is fascinated by the history and future of reading and revels in watching texts take on new valences “every decade, every semester.” When she’s not reading the Bard, Garber loves to sit down with a good detective novel. Editor’s note: This interview has been edited for length and clarity.

FM: You recently published a book on the future of reading. In the time that you’ve been teaching, have you noticed any trends or differences in the ways your students engage with literature?

MG: By and large, it seems that Harvard gets wonderful students. I’ve found that students are incredibly responsive to literature: I’ve taught Renaissance literature; I’ve taught a lot of Shakespeare. I’ve found that pretty much students are consistent in their interest. Teaching a course is a matter of trying to find out where students’ interests are and presenting the material so that it catches fire for them. That’s the thrill of it and the risk of it.

FM: What’s the trick to getting it to catch fire?

MG: Listening. You can hear when students are listening; you can hear when you’ve lost their attention. I like the liveness of teaching; I like the fact that it’s every day something new. Every time I read a text, whether it’s a novel or a play or a piece of criticism, it comes alive for me in a different way.

FM: Do you have a dream course you’ve never gotten to teach but always wanted to?

MG: I’m close to that with the Bloomsbury Group. When I was in college I was actually a modernist, and I read Shakespeare as a modernist.

I really think it’s the best job in the world to teach Shakespeare. And to teach at Harvard is extraordinary. But I’ve always wanted to go back to the early 20th century, and the turn of the century, and now I’m having a chance to do that.

FM: What makes teaching Shakespeare the best job in the world?

I taught a course and wrote a book called “Shakespeare and Modern Culture,” about a series of plays and the concepts they gave us that we have been using ever since. “Romeo and Juliet” and youth, for example—the notion of youth actually is a fairly new notion. I looked at a 10 plays and how they were being talked about today in the newspaper, how they’ve been turned into other arts like ballet, how Shakespeare lived on in adaptations.

FM: What makes a good Shakespeare adaptation? I think it’s easy to just take the play and put it in a different setting.

MG: Well, that’s the first step. And it’s a step that has become more common. But there has to be a point of that juxtaposition. You’re comparing two time periods, the technologies of two time periods. Michael Almereyda made a wonderful film of “Hamlet”—with Ethan Hawke as Hamlet—and he was an indie film director. He would stop and start and stop and start his images, and “to be or not to be” was played with that. And this wouldn’t work if “Hamlet” the play weren’t also about modes of failed communication, letters that don’t get where they’re supposed to be getting or letters that get written. The filmmaker understood something about the subtext of the play and worked with it.

FM: In the past, you’ve talked about the divide between the “high-brow” and the “low-brow” not being a productive or helpful way of thinking about cultural objects.

MG: Shakespeare was a popular playwright from the beginning until maybe the beginning of the 20th century. Thomas Bodley set up the Bodleian Library at Oxford and he said, “There are to be no play scripts in my library. They are baggage books, they are riff raff.” It was the equivalent of pulp fiction. Shakespeare was performed in America in the 19th century by traveling troupes of people, and there was not a hush when the curtain went up. It was not the opera. It was like a sporting event, it was open air, they were shouting for programs, there were people selling oranges. We very often mistake the high and the low.

When I first came to Harvard, seniors in the English department could not write their theses on living authors because—I think—you didn’t know how they would be valued by posterity. That seems so incredible now. The idea that somehow a literary career was a closed artifact before it could be something you could study is a very different notion from understanding that we live in language, that poetry and art and images are all around us. The humanities are humanity. It’s not a specialized study, it’s where we are.