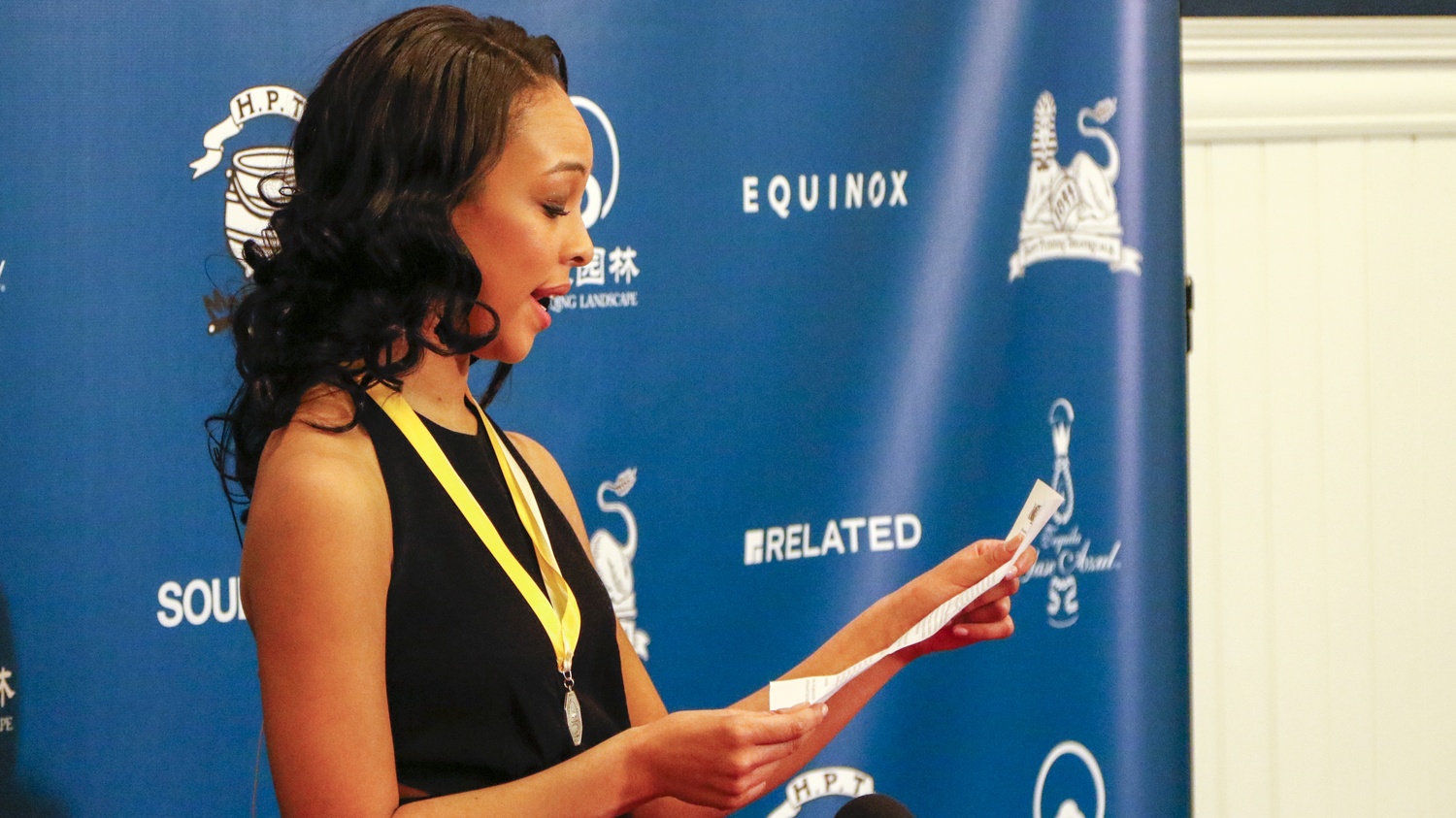 Liz P. Kantor ’18 was sitting at a lab bench working on her thesis when she got the text: The Hasty Pudding Theatricals group would allow women to join its historically all-male cast for the first time in almost 200 years.

Kantor—who auditioned for the Pudding unsuccessfully for three years straight—said she broke down in tears at her desk.

“Obviously the first reaction to any of us was complete joy,” Kantor said. “I’m especially grateful to all of the women who have fought with me for the last three years.”

Kantor is one of at least 17 Harvard women who tried and failed to join the Pudding’s cast over the past three years. But no longer—Pudding President Amira T. Weeks ’18 announced at the group’s Woman of the Year festivities Thursday that the organization will allow women to join its 2019 cast.

As news of the Pudding’s decision spread on social media Thursday night, women across campus—especially those rejected at past auditions—vowed they would return to the stage to try out for the group.

“Whenever I tell people I go to Harvard and I’m interested in theater, they always mention the Hasty Pudding Theatricals and I always have to tell them they don’t accept women so unfortunately that’s not an option for me,” Chloe Saracco ’21 said. “But this changes the whole game.”

Saracco, who attempted to join the Pudding’s cast last semester, said she will “definitely” be auditioning in fall 2018. Elle Shaheen ’21, who also auditioned unsuccessfully last fall, said she “certainly” plans to try out next year.

Both said they are thrilled at the prospect of joining the Pudding, the oldest collegiate theatrical group in the country.

“In the event that they really follow through and not only just audition women but choose to accept women into the group, I’m really excited to be able to take part in one of Harvard’s greatest and most historical groups on campus,” Saracco said.

Senior women who auditioned for the Pudding in the past said Thursday’s news came as the culmination of years of effort. The Pudding first considered accepting female performers when 17 women signed up to audition for the troupe’s annual spring production in Sept. 2015.

“The first time I auditioned I was a freshman,” said Madison Deming ’18, who numbered among the 17 original Pudding hopefuls. “It was really frightening because you’re going into a room not only as an actor performing in front of a professional team, but also knowing that you’re doing something that’s personally wasting their time because they’re not going to let women into their cast.”

Shaheen also remembered her Pudding audition as dispiriting. She said it was “startling” to hear she would not receive a callback because of her gender.

“It was the first time I had felt like I couldn’t do something because I was a woman,” she said. “Theater should be an all-inclusive activity.”

Deming, Lazar, Shaheen, and Saracco said they are pleased that months and months of advocacy finally paid off. Lazar also thanked actress Mila Kunis—the 2018 Pudding Woman of the Year—for her support for the push to go co-ed.

At a press conference after Thursday’s Woman of the Year festivities, Kunis said she would not have attended the celebration had the Pudding not chosen to accept women as cast members. Kunis also said she “knew that this was going to happen” before the club made the announcement Thursday.

Looking back on the last three years, Deming said she thinks the Pudding’s policy shift is long overdue.

“We’ve been advocating for this for a while,” Deming said. “The fact that the grad board has finally come around is great.”

“I think it’s about time,” she added.