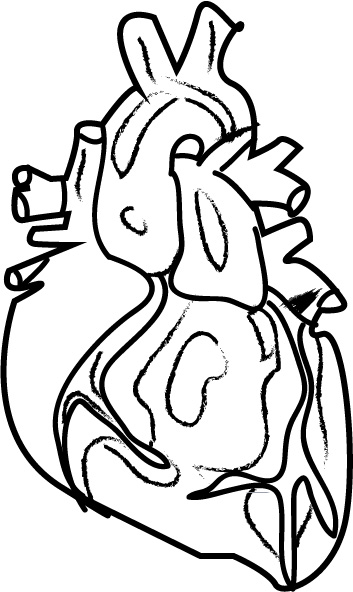 My dad is a cardiothoracic surgeon. He performs one or two open-heart surgeries a day, but at times he’s completed more than 25 cases in a single week. By Cristopher G. Patvakanian
Advertisement
Advertisement

Fixing Things and Other Such Pastimes

As I watch the patient’s heart rate slow on the monitor, it strikes me that I am watching a major event in someone’s life. The scar on the patient’s chest will be permanent, and I am here to witness it form.
By Anna Kate E. Cannon

My dad and I are about to go inside when he offers me his jacket.

“It’s going to be really cold in there,” he warns me. The jacket is emblazoned with the logo of the hospital where he works, and it’s about four sizes too large; my dad is six foot four. I feel diminutive.

Most of the staff are already milling about as they wait for the day to begin. The man at the machine in the corner checks his phone every now and then, and, at the front of the room, a woman is sitting at a desk taking notes on a spreadsheet. Sirius XM’s classic rock station is playing softly overhead. My dad was right about the cold; two of the women have rough cotton blankets wrapped around their waists. The man at the machine in the corner offers me a blanket, too. I politely decline and stuff my hands deeper into the pockets.

Conversation ebbs and flows around me: restaurant recommendations, tips for winning at the casinos down the road. For these people, it’s a normal day at work. A nurse is talking about her son’s basketball game as she hands my dad a scalpel, though he is silent when he makes the first incision in the patient’s chest.

My dad is a cardiothoracic surgeon. He performs one or two open-heart surgeries a day, but at times he’s completed more than 25 cases in a single week. So the only thing unusual about today is me. He’s invited me to watch him perform a double bypass on a man who I am told is in his sixties, whose face I cannot see. The man’s head is concealed under a dressing-draped metal cage, which the surgical team stacks tools on and occasionally uses as an armrest. The only visible parts of his body are concealed in brown iodine drape. I know nothing about him except for his name, written in messy dry-erase marker on a board next to the door.

As I watch the patient’s heart rate slow on the monitor, it strikes me that I am watching a major event in someone’s life. The scar on the patient’s chest will be permanent, and I am here to witness it form. My dad’s patients sometimes give him gifts as thank-you’s for putting their lives back together again. But he has received so many gifts over the years that he sometimes can’t remember when he got them, or who gave them to him in the first place. After all, he does this all the time.

Even though I’m a rare wild card in the world of his operating room, I’m no stranger to surgery. I grew up seeing photographs of hearts and lungs on the kitchen table. I watched a triple bypass a few days before I left home for my freshman year of college.
After the first time, I asked my dad if he told his patients that someone had watched their surgery. “It’d be weird knowing that some unqualified stranger has seen your internal organs,” I said.

“No, not really,” my dad replies with a shrug. “It doesn’t really matter if we tell them or not.”

The surgery goes on, and for a while I stand at the anesthesiologist’s station, right behind the patient’s head, watching the screen that keeps track of the various medicines the patient needs. The graphics look exactly like the ones on the computers at my waitressing job back home; the button here for “fentanyl” has the exact same size, shape and font as the button that, in my worksplace, stands for “chicken fried steak.”

My dad cuts through the patient’s sternum with a saw that sounds a lot like the electric turkey carver we use on Christmas and Easter. He warned me about how bad the operating room can smell — I’m mostly protected by the surgical mask I’m wearing, but I can smell the burning when they use a red-hot cauterizing knife to stop the bleeding.

During a double bypass, the heart must be empty of blood, which means the patient must stop breathing in the traditional way. To keep the patient alive, my dad hooks up a set of tubes to his major arteries and cycles the blood through a machine that the perfusionist — the person in charge of making sure the patient’s blood stays oxygenated — watches from a rolling chair. I notice the patient’s chest has stilled as Pat Benatar’s “Hit Me with Your Best Shot” begins to play.

My dad is the son of a carpenter. He grew up fixing things — the workshop in the backyard was his second schoolroom, and he’s passed some knowledge on to me. I’ve spent summers and weekends lying on our garage floor, holding car parts in place so he can fix them to his truck. He taught me to change tires and solder wires and fix a game camera to a tree.

He also taught me how to shoot a gun and a bow, how to clean fish and kill a snake. In elementary school, I spent early mornings frozen in camouflage and snake boots, waiting for turkeys to gather around the decoys or for deer to gather around the corn feeder. I became used to the feeling of a rifle butt in my shoulder, of a bow release pulling on my wrist. I would practice my aim with arrows and a foam archery block in the backyard, accompanying my dad to the gun range on his rare free Saturday.

It was just what we did. But even though I was supposed to, I never killed an animal, and I never liked the feeling of guns. He said it was because I wasn’t lucky, or that I wasn’t used to it. In reality, I lacked the heart.

All my life, I knew my dad as a surgeon. I knew he was a doctor, that his job was to fix people, that his calling was to make people better. He’s good at fixing people and the things around them; he can mend a malfunctioning heart or a malfunctioning car, rebuild someone’s venous system after a heart attack or rebuild a living room cabinet when the new TV doesn’t quite fit. His proficiency for fixing and saving always fit so naturally next to his proficiency for hunting and shooting that I didn’t question the juxtaposition until I was much older, when I realized that I had no interest in hunting or guns or medicine.

In the operating room, he’s used to being the center of all motion and attention. The nurses stand ready to hand him tools, the anesthesiologist and perfusionists wait for him to give them their cue. It isn’t until much later that I found out something went wrong during this surgery — the new vein wouldn’t seal to the heart. I didn’t notice because no one batted an eye.

A couple of times, I wonder how he remains so nonchalant about the whole process. But then again, I know he is nonchalant about life and death in a way that I am not. Medicine is his career — he earns his paycheck by cutting people open, fixing them, and then sewing them back together again.

I watch my dad’s hands as he begins to stitch. Hands that stitched together holes in stuffed animals after I cried for hours, awaiting his return home. Hands that cleaned shotguns at the kitchen table and poured black powder into bullet casings in the garage. Hands that can lace together or take apart. His choice.

The patient starts breathing again at exactly 12:30 p.m. to the soundtrack of “Sign of the Gypsy Queen” by April Wine. I try to force some feeling back into my cold toes.

My dad doesn’t stay for long after that. When the man’s chest is closed, his work is done. We walk back to the physicians’ lounge, eat some snacks, talk with a nurse from his team. I never see the patient’s face.