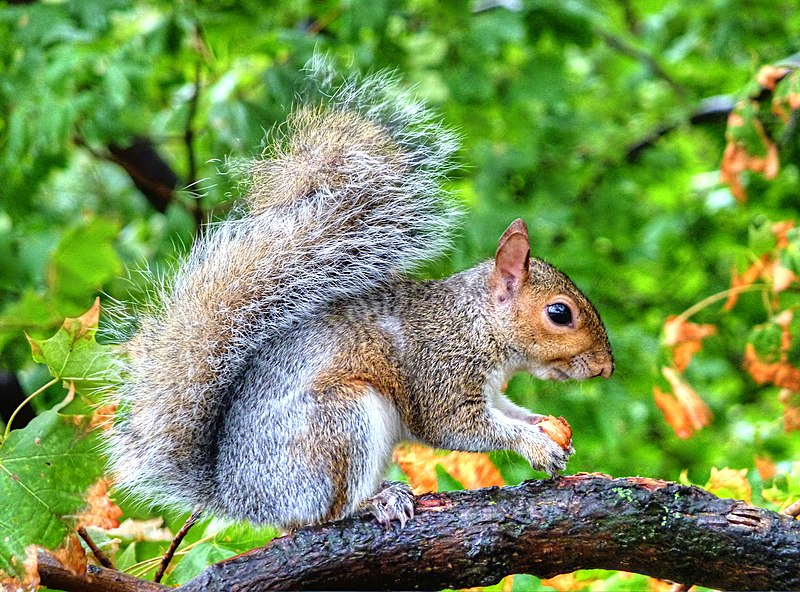 Much Ado About Acorns

Maybe the squirrels are onto something.
By Leyla J. K. Brittan and Tyler T. Johnston

“I’ve already gathered over 150 pounds of acorns this season alone,” says Myles C. Green, a Teaching Fellow for the Program of Negotiation at Harvard Law School and an active member of the New England Acorn Cooperative. He’s squatting under a massive oak tree in the Harvard Museum of Natural History courtyard. He picks up another acorn and examines it before dropping it into a woven basket.

It’s 10 a.m. on a crisp October morning and we’re kneeling in the grass, foraging through the fallen foliage for healthy acorns. His criteria for harvesting are fairly simple: The acorn shouldn’t be broken or obviously rotten. Nuts with their caps still attached are inedible. Large acorns are easier to process than small acorns. Acorns with small holes have been eaten from the inside by a curculio glandium, otherwise known as the acorn weevil: a tiny, long-snouted insect that lays its eggs in the nut.

A trio of passersby notices us crawling around. Intrigued, they drop to their knees a few feet away and curiously begin digging up and examining their own acorns. When Green sees this, he heads over to introduce himself. The group explains that they’re from China, and they’re visiting Boston for a conference. They’ve never seen people gathering acorns before.

He tells the curious visitors that acorns are a wild food source, and that we’re searching for edible ones. “Most people in the U.S. don’t eat acorns,” he adds quickly. He explains that humans have been eating acorns for a long time, although they now represent a highly underutilized and effortlessly renewable food source — abundant, nutrient-dense, free, and delicious (with a little processing and preparation).

Later, Green explains that this type of interaction isn’t unusual: “Often when I’m out foraging for acorns I’ll put a sign in the ground that says Acorn Foraging Workshop in Progress. It acts as an invitation for folks who are walking by.”

The tourists seem impressed, and they decide to join our group and forage with us. For a little while, we’re just six happy squirrels scrabbling acorns out of the dirt.

As described on its website, the Cooperative is a “young and burgeoning network of acorn enthusiasts from New England and beyond.” Daniela M. Dana co-founded it with her childhood friend following their 2015 visit to the Greek island of Kea. Under the tutelage of acorn expert Marcie Mayer, they learned
how to process and store the nuts.

Back in the United States, they decided to found the New England Acorn Cooperative (NEAC) as “a project to rekindle people’s affiliation to this nearly universal ancestral bread basket, keystone species, and exploration of the innumerable connections to personal and societal health.” Dana explains that balanophagy — the practice of eating acorns — has figured into the diets of numerous societies throughout history. The nut, when processed, has a high nutritional value and can be utilized in numerous ways, including as a flour in baked goods.

Maybe the squirrels are onto something.

To test this hypothesis, we venture to the Hawthorne Youth and Community Center in Roxbury: a cozy venue with colorful walls and a makeshift kitchen. This afternoon’s programming, and the reason for my visit, is a three-hour workshop sponsored by the Boston Food Forest Coalition titled “The Mighty Acorn.” Green and NEAC founder Dana lead the workshop, eager to share their acorn expertise with over a dozen attendees who are equally eager to learn the art and craft of processing, baking, and consuming the famous fruit of the oak.

We sit on the floor, forming a circle in the center of the room, and introduce ourselves. The group is a patchwork of different characters and backgrounds, ranging from a father-son duo to a few inquisitive permaculture students, all brought together for this one afternoon through a shared curiosity about the acorn. The majority have never tried an acorn before, and some were unaware they were even edible for non-squirrels in the first place — although the label “edible” might be a tad optimistic.

As we set out to process the hundreds of nuts brought in for the day, we learn that acorns contain a substantial amount of tannins, which are naturally occurring compounds characterized by a bitter, astringent taste. Tannins are toxic in large quantities — making acorns a less-than-ideal snack. The tannins can be removed, however, revealing the mild and earthy flavor of the acorn.

To discern which acorns are suitable for eating, we begin with the float test. We dump acorns into a pail of water, and those that float (indicating infestation or decay) are returned to the woods. Next, each acorn is cracked, and those with healthy insides are added to the final batch. Once the “meat” of the acorns is fully separated and sorted, it’s blended down into finely ground pieces. Then, the long process of leaching begins. The acorns are mixed with water (to be changed at least once a day), and the tannins slowly leach out of the acorn, rendering it edible and delicious. This takes at least a week.

Luckily, for the workshop, we had some pre-prepared. The acorns themselves, after being leached, taste vaguely like walnuts. Incorporated into recipes, however, the flavor really shines. The acorn pudding tastes like a sweet mix between oatmeal and tapioca. Acorn coffee, though lacking caffeine, was surprising in its sweetness. Acorn bread formed a delicious gluten-free alternative to traditional bread. It can be easily flavored by mixing in berries and nuts.

The Cooperative isn’t just a culinary hobbyist group — for Dana, the vision is far broader than that.

First and foremost, it’s a space for community. Dana hopes to “begin all interactions with really introducing this group of people who have heard about the co-op from a variety of sources.” She aims to foster an environment for people to identify and learn “a bit about each other as well as what they thought they came to learn, and the conversations that come out of these meetings and workshops are deliberately what we’re about.”

Beyond that, though, the co-op exists in a far greater context and history, especially surrounding permaculture, conservation, and mindful consumption. The NEAC website describes its lofty task: to “draw students and experts of the science, arts, and economics of public and private land stewardship, governance, farming, food production, building, medicine, and nutrition together to better understand the value and benefits of human efforts and labor in all.”