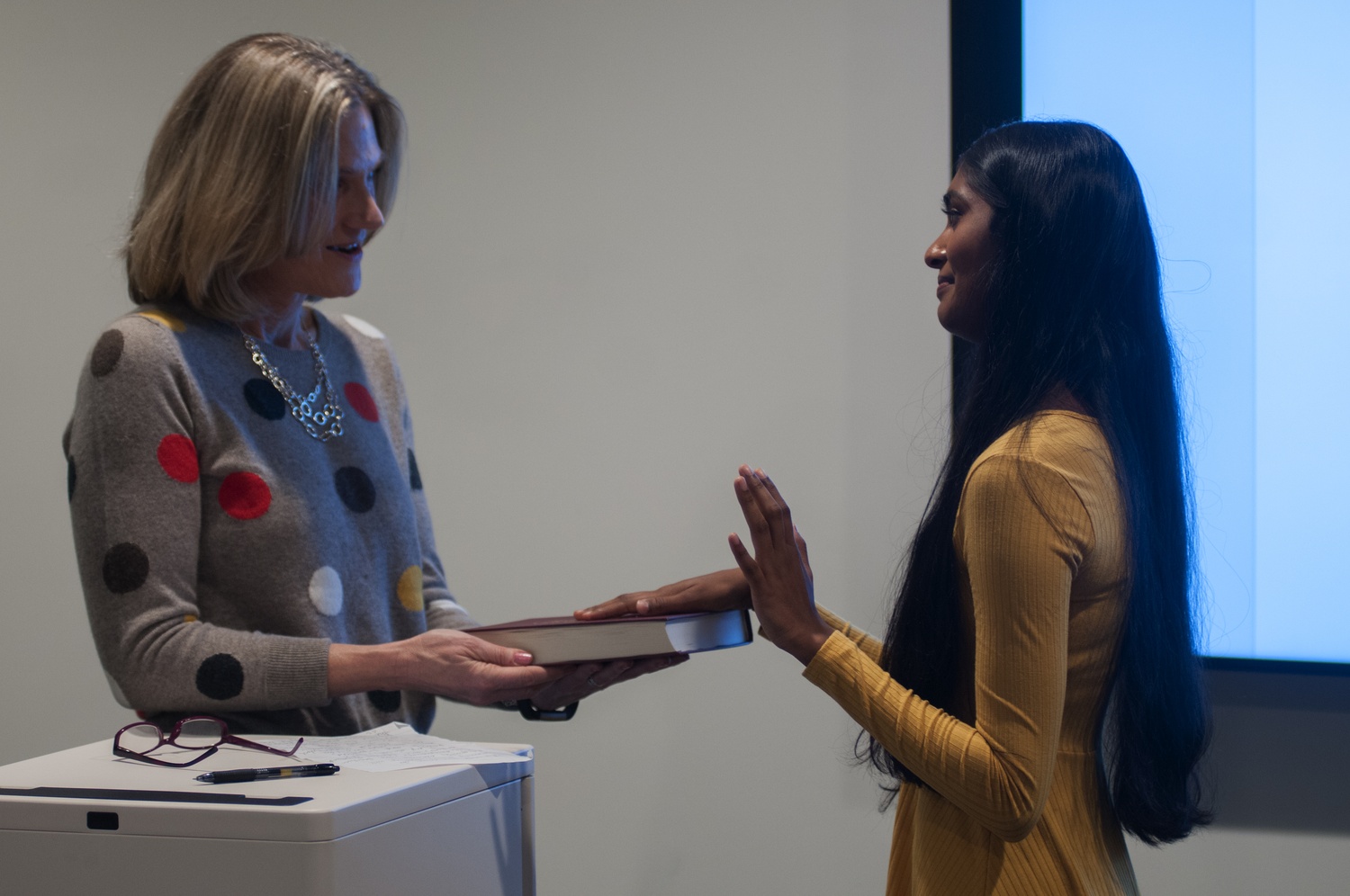 In a near-unanimous vote, the Undergraduate Council called for the College to preserve shopping week — the one-week period at the beginning of the semester when students can sample classes without officially enrolling — in its current form.

The vote passed the Council, 22–2, at the UC’s last meeting of the semester Sunday.

In recent months, administrators and faculty members have formed a committee to investigate alternatives to shopping week, such as a pre-registration system. Dean of Undergraduate Education Amanda J. Claybaugh met with the Council in October to discuss the well-loved tradition, and announced a series of faculty-led "listening sessions" for students to give feedback on the proposed change.

All three UC presidential tickets running in November’s election said they would advocate for shopping week to remain in place if victorious. Incoming UC President Sruthi Palaniappan ’20, who won the election with running mate Julia M. Huesa ’20, led a student town hall on the issue in October, and has repeatedly called for more student input in the process, including after administrators cancelled a scheduled UC town hall and instead scheduled the listening sessions.

In its statement, the Council cited a recent survey of 1,883 students that showed what they called “overwhelming” support for shopping week.

“Due to the current state of academic advising, shopping week remains crucial to course selection,” the statement reads. “Any proposal to replace shopping week would necessitate a significant rehaul of current advising programs, which would be difficult to implement in tandem with significant changes to course enrollment procedure.”

The statements adds that the UC believes shopping week to be a “quintessential, invaluable, and irreplaceable piece” of the undergraduate experience, and that the Council will “tirelessly fight” to retain it.

Also at Sunday’s meeting, Dean of Students Katherine G. O’Dair and Alexander R. Miller, associate dean of student engagement, swore in Palaniappan and Huesa as the new president and vice president of the Council.

The UC also elected new members of its executive committee at the meeting. For the first time in several years, a freshman — Elm Yard Representative Jack M. Swanson ’22 — will serve as treasurer of the Council. Outgoing Rules Committee Chair Cade S. Palmer ’20, a Crimson sports chair, will take over as the Council’s secretary.

In an interview after the meeting, Swanson said he believes he has the requisite experience to manage the Council’s budget, pointing to his position in high school as the finance director of a multi-million dollar youth political committee in North Carolina.

He nonetheless acknowledged his relative youth — especially compared to the outgoing treasurer, Nadine M. Khoury ’20, who previously served as treasurer of the First-Year Class Committee — and wondered why it hadn’t come up in the debate over his nomination.

“I was surprised it didn’t get brought up,” he said.

Swanson, who ran unopposed, will take over the Council’s purse at a time of relative financial stability for the UC, with a significantly expanded budget due to an increase in the student activities fee that undergraduates pay as part of the College’s cost of attendance.

Swanson promised at the meeting to secure the long-term finances of the UC, including through the establishment of an endowment to promote the Council’s financial “independence,” an idea he said administrators have endorsed.

“We want to have a good working relationship with the administration and the first way to do that is to show them that we are an independent organization that can look to the long-term, rather than looking year-to-year,” he said.

A previous version of a caption accompanying a photo included in this article misspelled the name of Sruthi Palaniappan ’20. It has been updated.