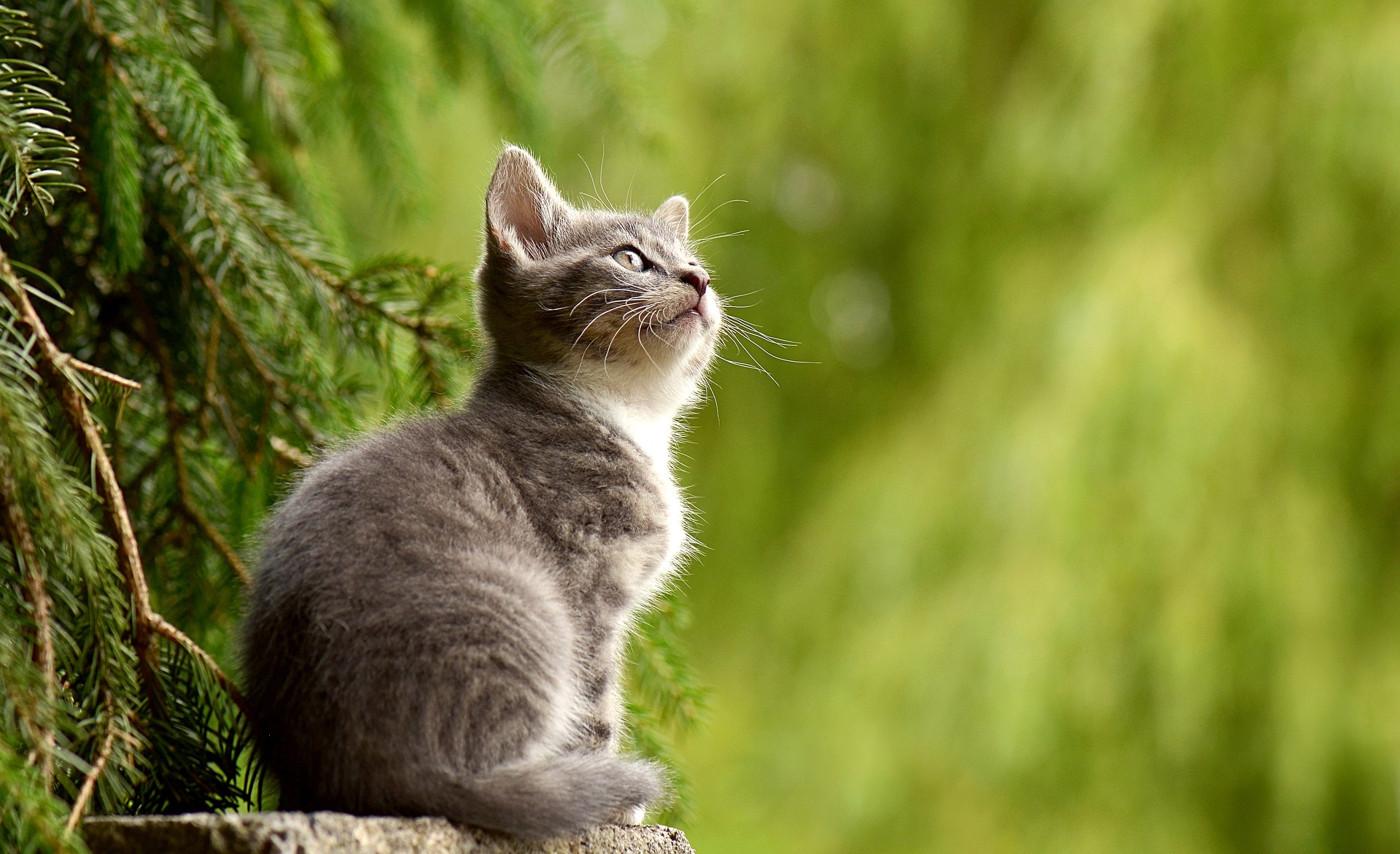 For Coleman, Catiline’s life was his own. He was no subservient, docile pet — it makes sense that the headstrong Catiline would author his own memoir. After all, as Coleman puts it: “Who can ever make a cat do something it doesn’t want to do?”
By Natasha P.B. Lasky

When Kathleen M. Coleman arrived at her birthday party in 1981, she heard a loud noise coming from behind the kitchen door — not a human one. She’s now the James Loeb Professor of the Classics at Harvard, but back then, she was junior faculty in the Classics department at the University of Cape Town. As she sat on the couch, glass of wine in hand, someone finally opened the door, and a “bullet of fur” raced into the living room, up Coleman’s leg, and onto her lap. “I wouldn’t say that’s how I found Catiline,” she says. “Catiline found me.”

Coleman’s students had decided to get her a cat as a birthday present and asked around for any kittens that needed a home. Coleman’s colleague had a lead — her husband’s sister had found three strays hiding in the unactivated nuclear reactor where she worked. The creature sitting on Coleman’s lap was one of these rescues, a little tabby with a broken tail.

It was at this party that Coleman came up with an appropriately Roman name for her kitten: Catullus. But one of her students, a “ponderous man,” as she describes it, pointed out to Coleman that the stress in Catullus was on the middle syllable, so the “cat” sound wasn’t intact. “And so,” Coleman says, “he was Catiline.”

Catiline — who, according to Cicero, was a violent rebel who tried to overthrow the Roman republic — might seem like a strange name for a beloved pet. But Catiline the cat certainly lived up to his namesake. He was known for biting those who did not agree with him, from other classicists to clergymen. An avid hunter, he chased down birds, rats, and even golden moles, which he would pounce on as if he were playing a literal game of whack-a-mole. When Coleman moved to Dublin to teach at Trinity College in 1993, Catiline made an enemy of a college cat who infringed on his territory. Coleman describes him as a “very present” cat: He would always preside over dinner parties at her house, jumping from cupboards onto guests’ shoulders. When Coleman was away on sabbatical, one house-sitter reported that Catiline always kept himself busy around the house and garden. “That’s exactly how he operates,” Coleman says. “Always busy.”

Catiline was Coleman’s steadfast companion as she moved from Cape Town to Dublin, and eventually to Harvard. In Cambridge, he still asserted his independence, even when “suffering, as all elderly cats do, from kidney disease.” In his final moments at the veterinarian’s office in Porter Square, Catiline sat on Coleman’s lap, but as the veterinarian administered the drugs that would euthanize him, he wanted solitude. “He struggled out of my arms and leapt into his basket — that’s where he wanted to die. I respected that,” she says.

She put his ashes in a marble urn and buried it alongside a time capsule in her garden in Cambridge. She marked his grave with a stone inscribed with his name.

True to his active personality, Catiline’s spirit didn’t stay dormant for long. Shortly after his death, Coleman came down with a bad bout of pneumonia and was bedbound. It was then that she felt an irresistible urge to write. She struggled out of bed, sat down at her computer, and started to type out the story of Catiline’s life. “Normally typing, even something as innocuous as an email, is an effort for me, with much redaction and revision and backspacing,” she says. “But this just came straight out, as though it were being dictated from the next life.”

She knew the voice speaking to her had to have been Catiline’s. “He was a master of detail,” she explains. “Only Catiline could have remembered all of these episodes that had marked the different stages of his life.”

Hours later she emerged with a 17,000-word memoir that detailed the events of his life on three continents, which she says Catiline had dictated to her from beyond the grave.

Through his travels, Catiline had witnessed periods of intense political upheaval, including the end of South African apartheid. But this perspective came from a cat’s-eye view. “People who have read his memoirs — one or two people — have said, ‘He was living in Cape Town in the dying years of apartheid, but he doesn’t make any political observations,’” Coleman recalls. “I think that’s quite right, he wouldn’t make them, because, like all cats, he’s essentially self-centered. Excited as I might have been about the release of Nelson Mandela, it all just washed off Catiline’s back.”

One of her friends suggested that she find an agent and submit Catiline’s story for publication. However, the agent Coleman contacted didn’t receive “The True Story of Catiline, The Cat Who Lived on Three Continents” as warmly as she had hoped. “He gave an incomprehensible response. He said, ‘We don’t publish fiction.’ Why he should think just because a cat wrote it, it was fiction, I have no idea,” she says.

Not many pets can be said to have dictated memoirs to their human companions, but all relationships with another species, according to Coleman, are a little bit mystical. She hesitates to use the word “owner” to describe her bond with Catiline: For her, it’s more reciprocal. “You learn so much from having a pet,” Coleman says. “You can pretend you’re controlling the relationship because you can read into their behavior certain emotions, but really you cannot control [it], because the cat will always set the boundaries.”

For Coleman, Catiline’s life was his own. He was no subservient, docile pet — it makes sense that the headstrong Catiline would author his own memoir. After all, as Coleman puts it: “Who can ever make a cat do something it doesn’t want to do?”