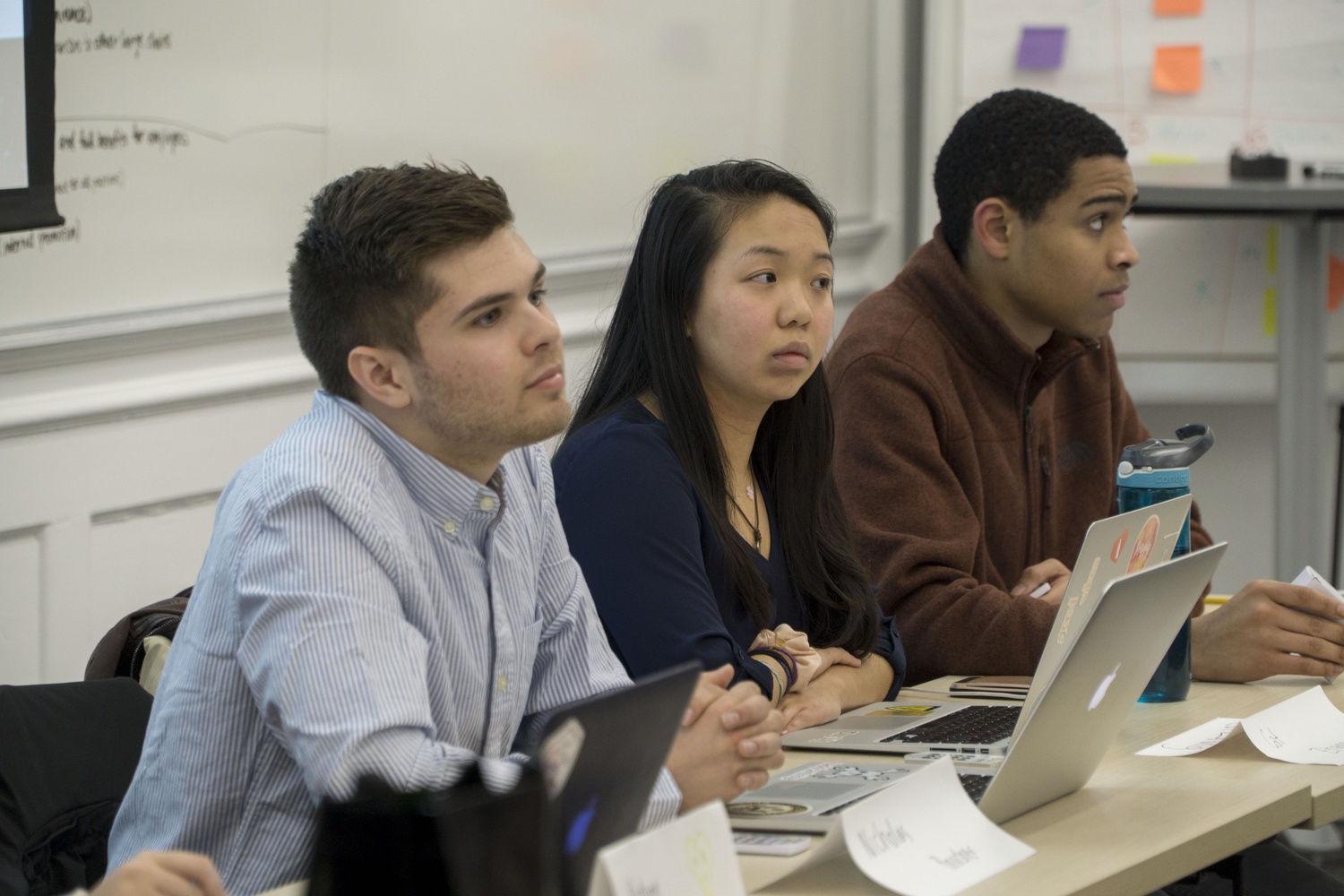 The Undergraduate Council passed a resolution denouncing the actions of religious group Harvard College Faith and Action and affirming its support for BGLTQ students and affiliates at its meeting Sunday.

The resolution comes after the College placed HCFA on administrative probation last week for violating guidelines laid out in the Student Handbook, which prohibits discrimination on the basis of “sexual orientation.”

The College's move to put HCFA—the largest Christian fellowship on campus—on a “one year administrative probation” was almost certainly tied to the student group's choice to pressure a female assistant Bible course leader to resign her position in Sept. 2017 following her pursuit of a same-sex relationship, The Crimson reported Thursday.

The resolution also called on HCFA's student leaders to issue a “prompt, public, and unconditional apology to our shared community” and to the former assistant Bible course leader.

“The actions taken by HCFA represent not only a grave affront to this College’s standards of nondiscrimination, but also to our vision of a society,” the resolution reads. “We fully support the College’s decision to place HCFA on administrative probation for the aforementioned reasons.”

Additionally, Finance Committee Chair Henry S. Atkins ’20 said during the meeting that HCFA will be prohibited from receiving funding from the UC’s finance committee until their probationary status is lifted.

The funding prohibition necessarily follows from the College's decision to put HCFA on probation—in effect, revoking the religious group's recognized status. According to the Council’s finance committee grant guidelines, “only officially recognized student groups in good standing with the Office of Student Life may apply for UC grants.”

“As far as HCFA goes, they are not gonna be getting a dime from us until the OSL determines that they should be removed from probation,” Atkins said. “I do not intend for them to receive anything from us in the meantime.”

Over the past three years, HCFA has received over $1,000 in Finance Committee grants to fund events including a study break, a formal dinner, and recruitment events.

Despite broad support for the resolution—which passed 35-3-1—council members sparred over whether or not the UC should invite HCFA leaders to speak during “Community Time” at a future Council meeting.

The UC had considered inviting HCFA leaders and Office of Student Life representatives to Sunday’s meeting, according to Slack messages obtained by The Crimson.

“[UC President Catherine L. Zhang ’19] & I have decided to invite both the co-presidents of HCFA and a representative from the OSL to speak at community time this Sunday,” UC Vice President Nicholas D. Boucher ’19 wrote in a message to the finance committee Thursday. “I believe that the community time speakers from both sides combined with a statement of support and the automatic suspension of FiCom funding will adequately address the situation without another explicit funding ban...”

Ultimately, Council executives decided against inviting HCFA leaders to the meeting after discussions with “administrative advisors,” according to Boucher.

“We think that the purpose of Community Time is not to privilege the voices of the powerful,” he said. “While we do think it would be appropriate for the executive to have a conversation, we don’t think that extending legitimacy through community time... would be productive and would reflect poorly on the UC.”

“Privileging their voices is going to do nothing to help solve this,” Crimson Yard representative Sonya Kalara ’21 said.

Ely and Richmond did not immediately respond to requests for comment on the Council legislation and meeting Monday evening.

Not all members agreed, though. Mather House representative Eduardo A. Gonzalez ’18—another co-sponsor of the legislation—said he would be “happy” to invite representatives from HCFA.

HCFA co-presidents Scott Ely ’18 and Molly L. Richmond ’18 denied in statements last Wednesday that the religious group discriminated based on sexual orientation. According to Ely and Richmond, the decision to remove the former assistant Bible course leader stemmed from an “irreconcilable theological disagreement” related to other issues like the group’s policy against extramarital sex.

The former assistant Bible course leader—who spoke only on the condition of anonymity—wrote in an email to The Crimson Friday that she and her girlfriend never engaged in "extramarital sex."

Oak Yard representative Luke J. Kenworthy ’21, one of three representatives who voted against the resolution, said after the meeting he would like to hear from HCFA leaders directly. He said he thinks the group was well within its rights to remove the former assistant Bible course leader from her position.

“I think HCFA has the right to do what they did,” he said. “And also the College is allowed to no longer fund them.”

Hours after The Crimson reported on HCFA’s probationary status on Thursday, Atkins proposed a motion to bar the religious group from receiving any UC funding—in addition to the mandated loss of finance committee funding—until the “administrative probation” ends and until the group demonstrates “contrition” about the incident. Atkins called for an “urgent” vote over Slack to docket the motion at 6:00 p.m. that night, according to Slack messages.

Later that evening, the motion failed to pass with 5 votes against and 3 votes in favor.

Atkins said the vote failed over concerns that the finance committee did not have the authority to prevent a group from receiving all UC funding and that the legislation was redundant given the OSL mandate.