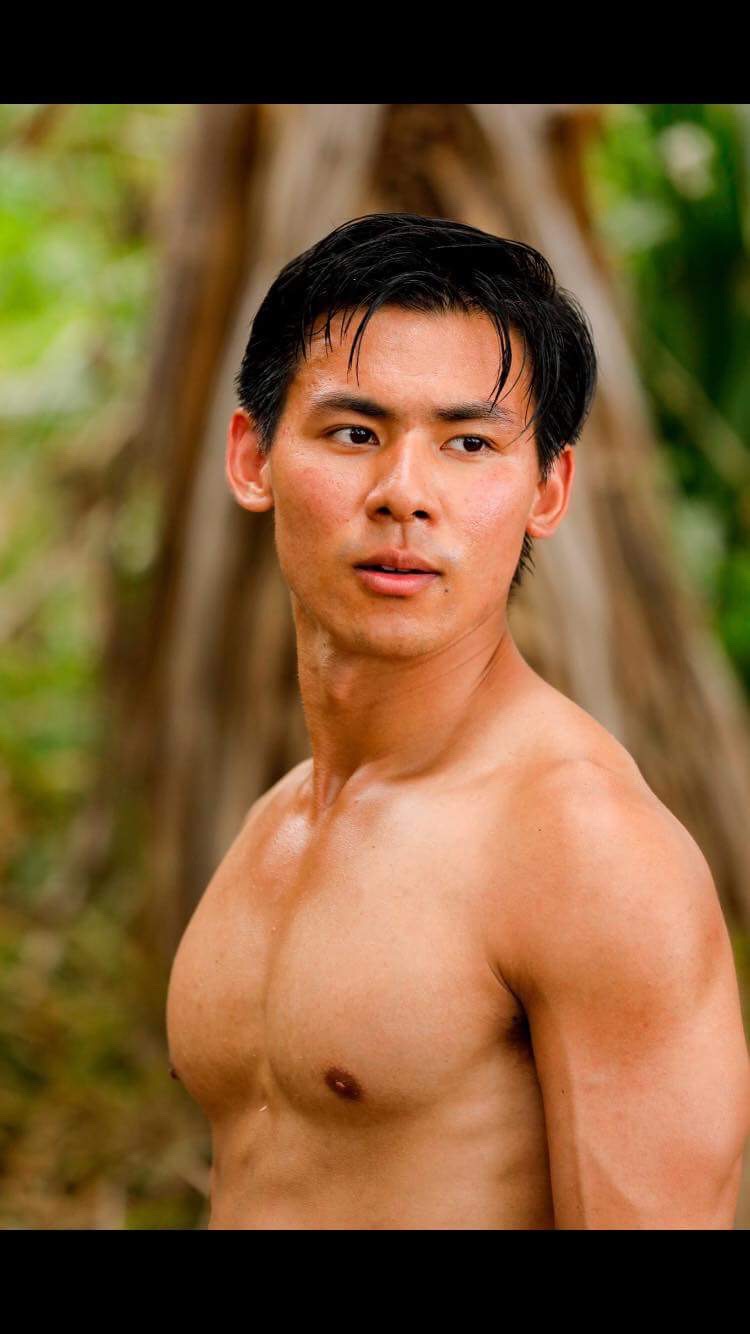 James Lim '16 is the second Harvard-affiliated "castaway" in the history of "Survivor: Ghost Island."
Advertisement
Advertisement

James Lim '16, a former Economics concentrator and Eliot house resident, is part of the cast of “Survivor: Ghost Island.”
By David H. Xiang

In the summer of 2017, James Lim ’16 found himself boarding a plane to Fiji with 20 strangers, getting ready for the hardest six weeks of his life.

Lim, a former Economics concentrator and Eliot house resident, is part of the cast of the 36th season of “Survivor."

But despite his excitement for the show, Lim says he never expected the opportunity. “It was this perfect storm of coincidences happening. I kicked it off by applying to the Amazing Race over J-term my senior year,” Lim says. “I got cut quite late in the [casting] process because they had quote-unquote bigger personalities for the season.”

Then, 10 months later, Lim got a call from the CBS casting director. She saw his Amazing Race application and said he should apply to Survivor. “The casting process involved a three-minute application video, background checks, phone interviews, written bios, and a weeklong finalist camp in L.A.,” Lim says. “Around April 2017, I got a call saying, ‘Pack your bags, you’re going to Fiji.’”

Though Lim says CBS taught the cast members some survival basics—what was edible on the island, how to set up crab traps, and how to make fire—most of his preparation took place before he even packed his bags. “I watched tons of seasons going back to help prepare,” Lim says. “I worked out like crazy, practiced starving, practiced bulking up.”

James Lim '16 is the second Harvard-affiliated "castaway" in the history of "Survivor: Ghost Island." By Courtesy of Robert Voets/CBS

Though he came in with a mindset to win, Lim also had other things on his mind. “Every season of Survivor, on average, has one Asian—the token Asian—and I knew immediately the moment that I saw the cast at the resort that I was that one Asian of the season,” Lim says. “So did I feel the burden of representation? Yes. But I don’t think it harmed me in any way.” Lim explains that he wrote in his bio for the show that he felt most similar to Yul Kwon, the first-ever Asian-American winner of Survivor. “He did a good job breaking stereotypes of Asians,” Lim says of Kwon. “I also wanted to show that Asian Americans can be athletic, can make bold moves.”

By the end of his time in Fiji, Lim says he was surprised by how close he grew to the other participants. “Flying out there, I had in mind that this is a reality show. The people on it are kind of crazy, we’re all kind of crazy, and that’s why we’re there, playing this crazy game,” Lim says. “But, I actually met quite a surprising number of solid, genuine people that I really bonded with. Now, after the game, I stay in daily touch with at least half of them. And I can truly say that there’s not a single one of them that is a person I’m not fond of.”

Though Lim claims that nothing from his academic career at Harvard directly helped him on Survivor, he adds there were a couple comparable situations. “One would be going through the thesis process where I just lived in Lamont for a whole week before the due date, and sometimes I just took quick power naps in a chair and went back to work,” he says. “By the end of the week, I was as exhausted as I’ve ever been.”

Lim says his time on is different from any other experience he has ever had. “We played Survivor, and we survived Survivor, and that just taught us that there are no obstacles we can’t overcome. This sounds cheesy, but it’s really true from our perspective. Nothing in the real world will match how hard that was, because we all brought back this amazing perspective of how great our limits are and what we actually can achieve,” Lim says. 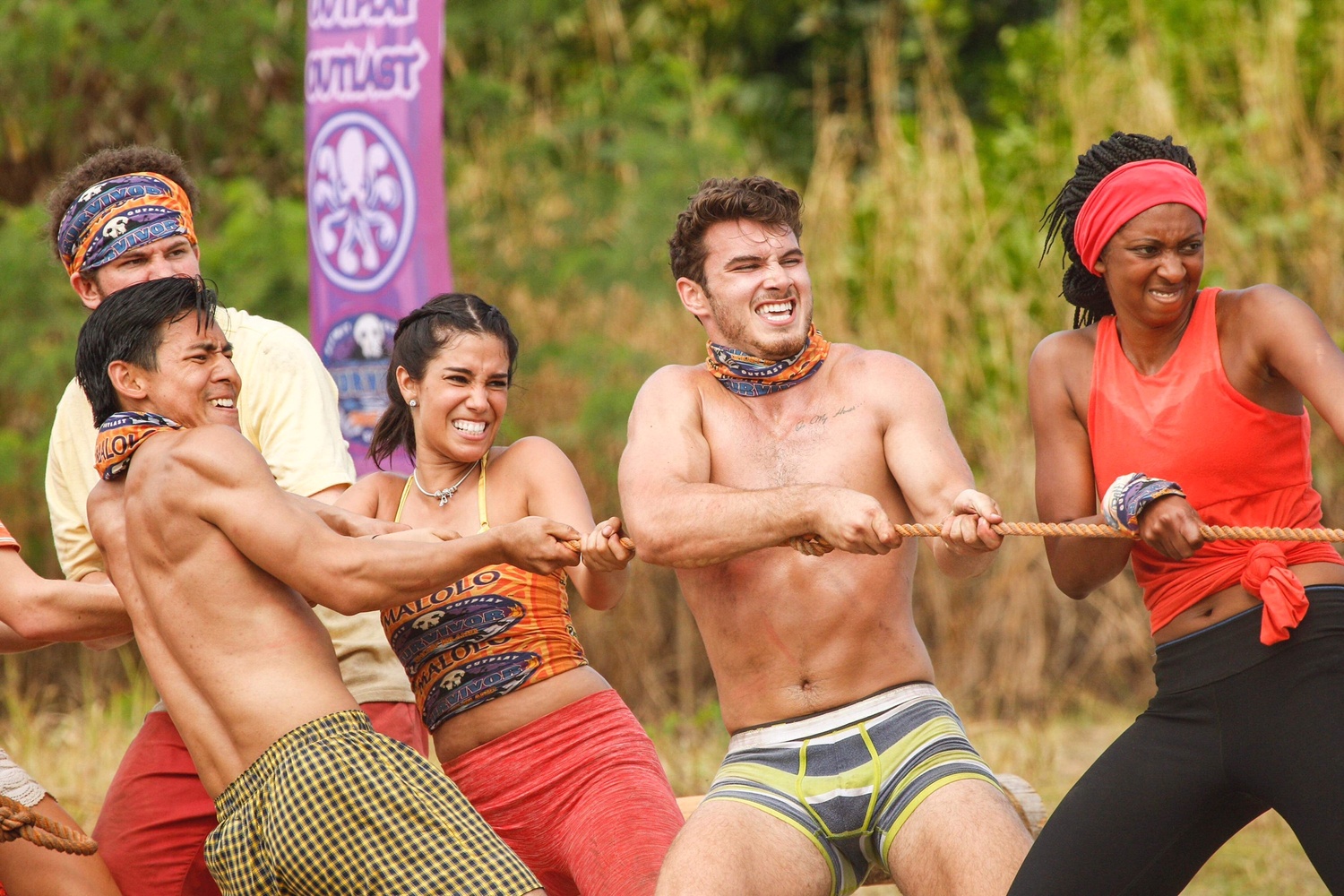 Survivor pushed James Lim '16 to his limits. By Courtesy of Robert Voets/CBS

Behind the scenes, there are no Power Bars, no soft mattresses to sleep on, and no shuttle rides to the Quad. Lim’s waist shrunk so much that he recommends all future male castaways “wear boxer briefs and not plain boxers.” After a tough six weeks, Lim is quick to point out that in order to survive, you must “always be thinking of the game, never ever let your guard down. The minute you become complacent, you’re going to be voted off.”

Survivor is still an experience Lim wishes he could do all over again. “Every single one of us, ever since we came back, has been dreaming of going back. You kind of get addicted to the experience,” Lim says. “You get home and you immediately want to play again, no matter how hard it was.”